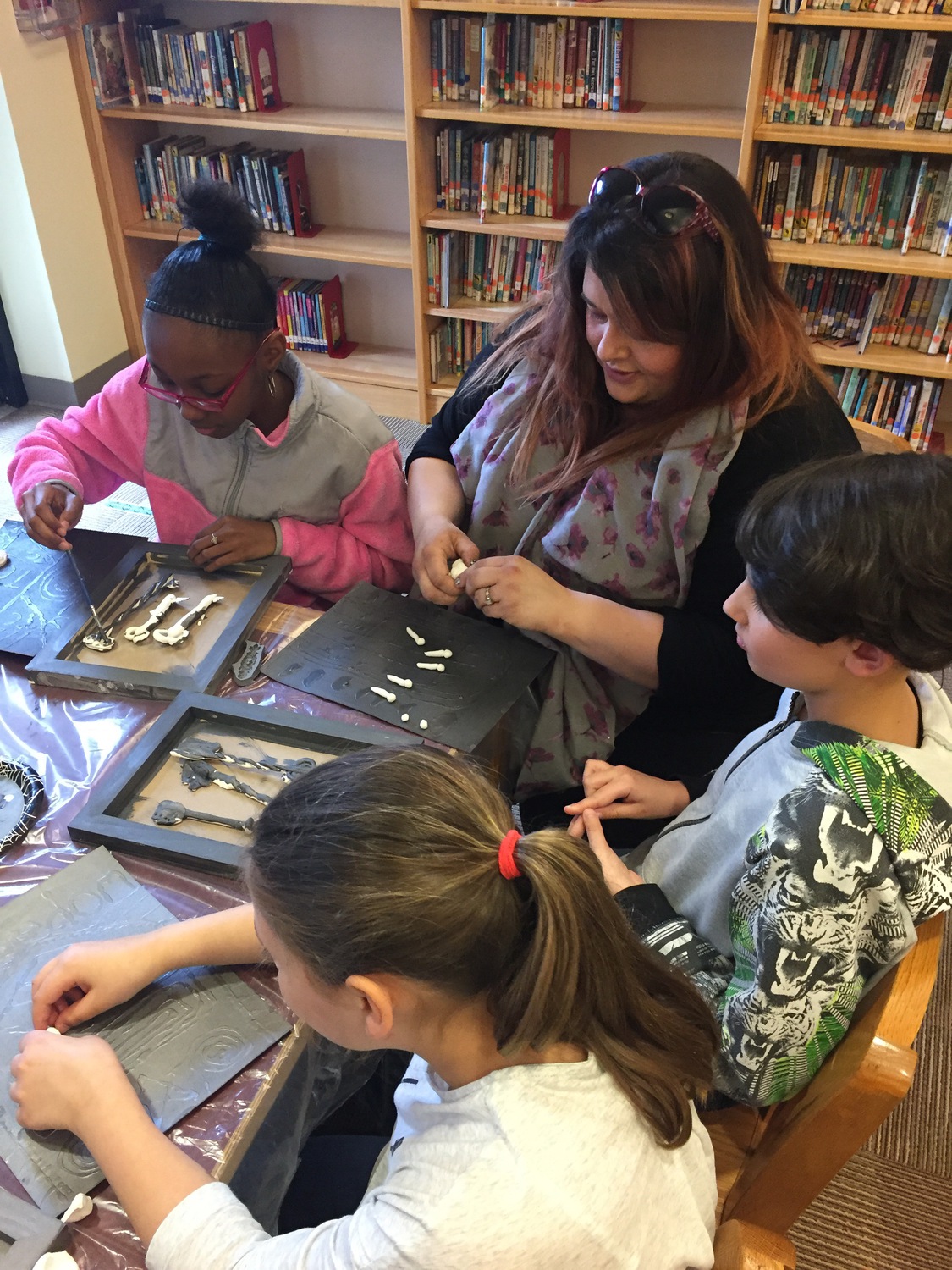 “What does freedom look like?” This was the question posed to fifth graders in Patchogue-Medford this spring. The students were studying Harriet Tubman and the Underground Railroad. They were also scheduled to see “Freedom Train,” which tells the story of Harriet Tubman and the Underground Railroad through dance, dialog and music, at the Westhampton Beach Performing Arts Center. The Grade 5 teachers collaborated with teaching artist Beth Giacummo to develop a visual arts project that would help the students delve deeper into the concept of freedom and those who risked their lives to reach freedom. During her residency, Ms. Giacummo guided the students in the creation of a “door to freedom” in mixed media.

In the first of 5 sessions, the teaching artist told the students that they were going to design a door—complete with lock and key—that would open to their illustrative expression of freedom. Ms. Giacummo noted that while traveling the Underground Railroad, African-Americans passed through many doors.

For inspiration, the visual artist shared different door designs with the students. “I wanted them to see different designs and textures,” she said. “I showed doors of different periods, places, countries.” 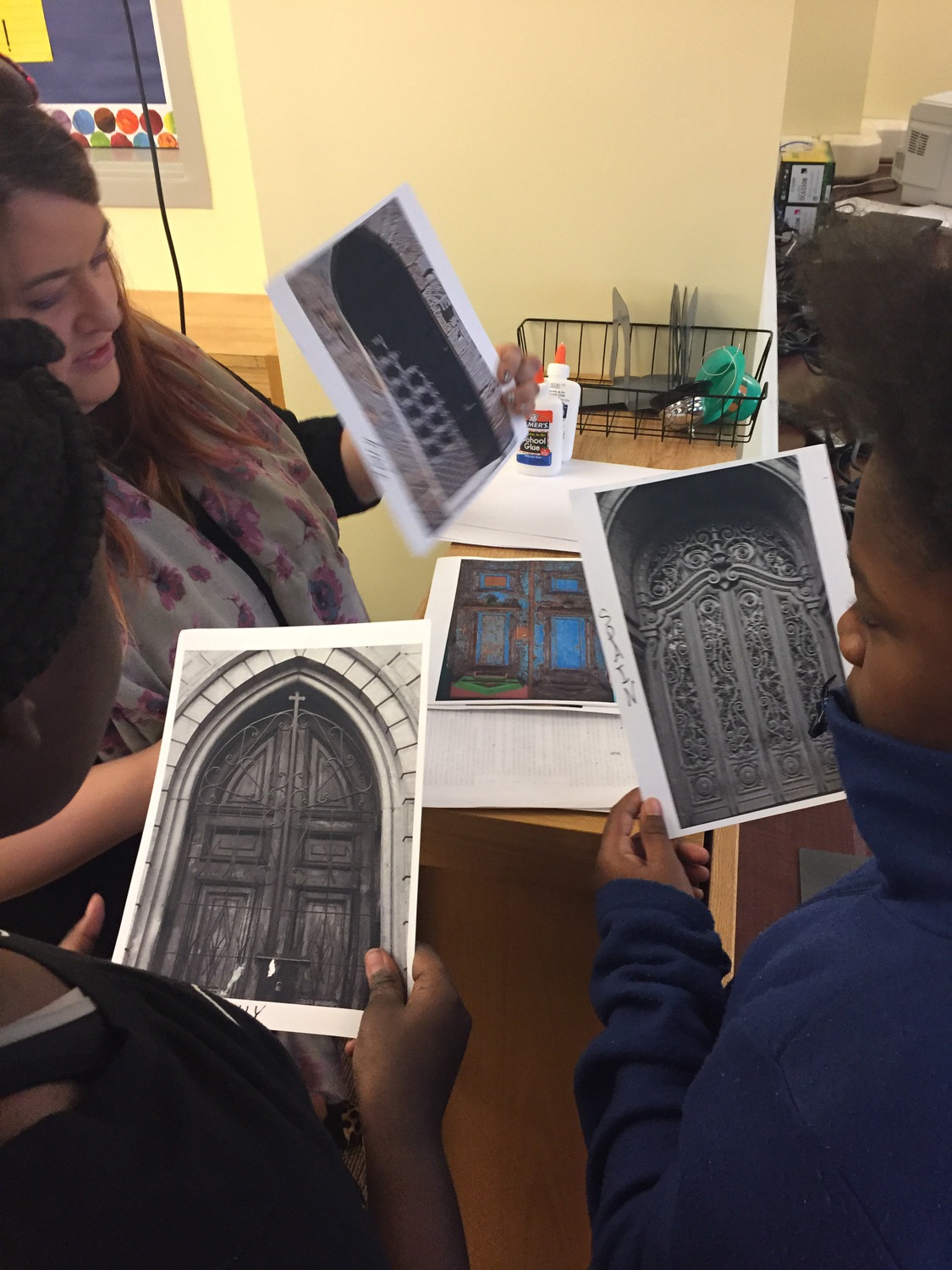 During the early sessions of the residency, students fashioned both side of their doors on chip board. They used a bas-relief technique comprised of dried, raised glue to produce texture. Cradleboard flipped over acted as a shadow box and represented what was beyond the outer door. The students created a freedom illustration using color and representational or abstract forms. The illustration was placed inside the shadow box. They also incorporated an acrostic poem in class, which identified different ideas of freedom. As a whole class, students had discussed words associated with freedom and the Underground Railroad. 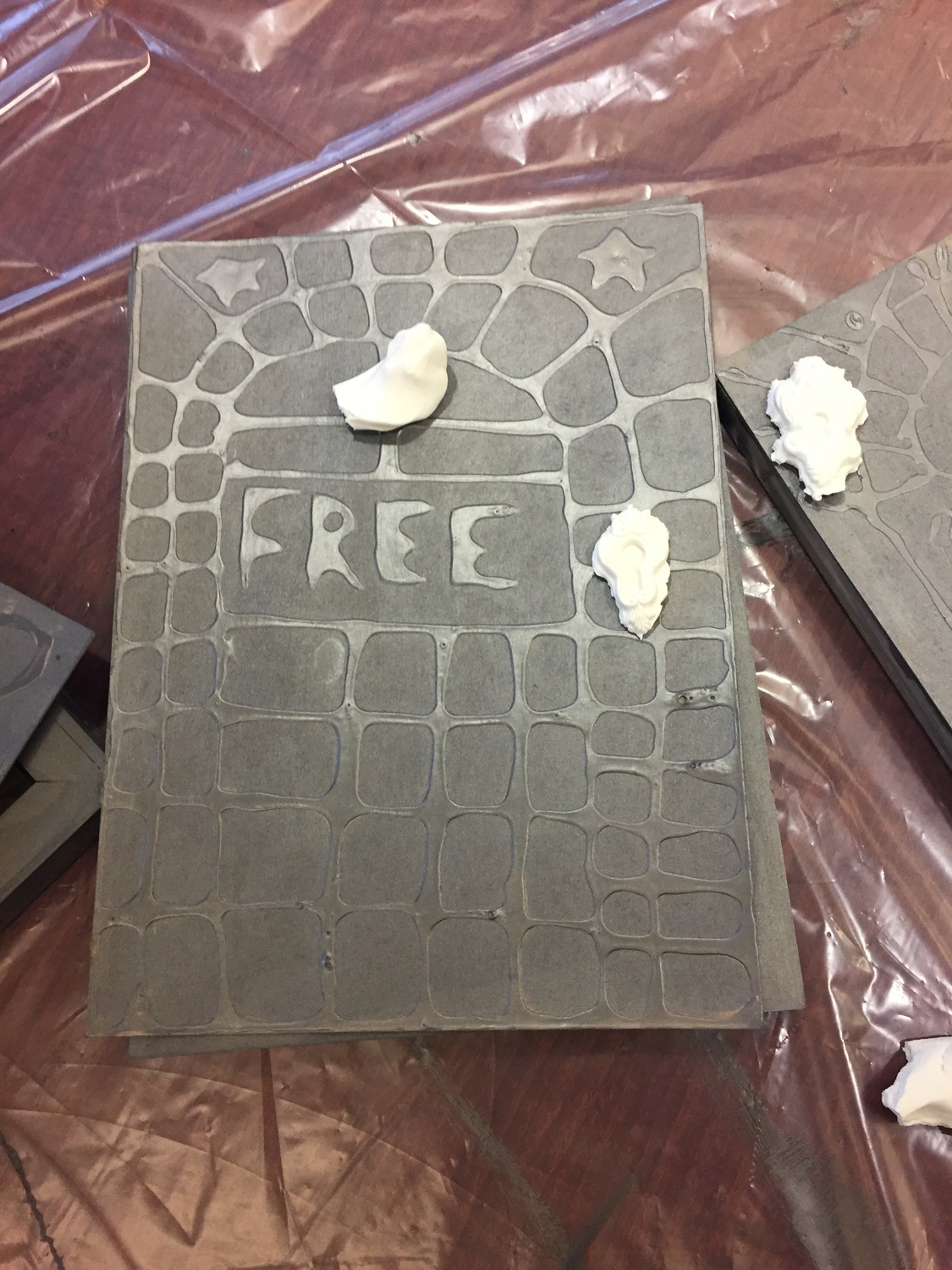 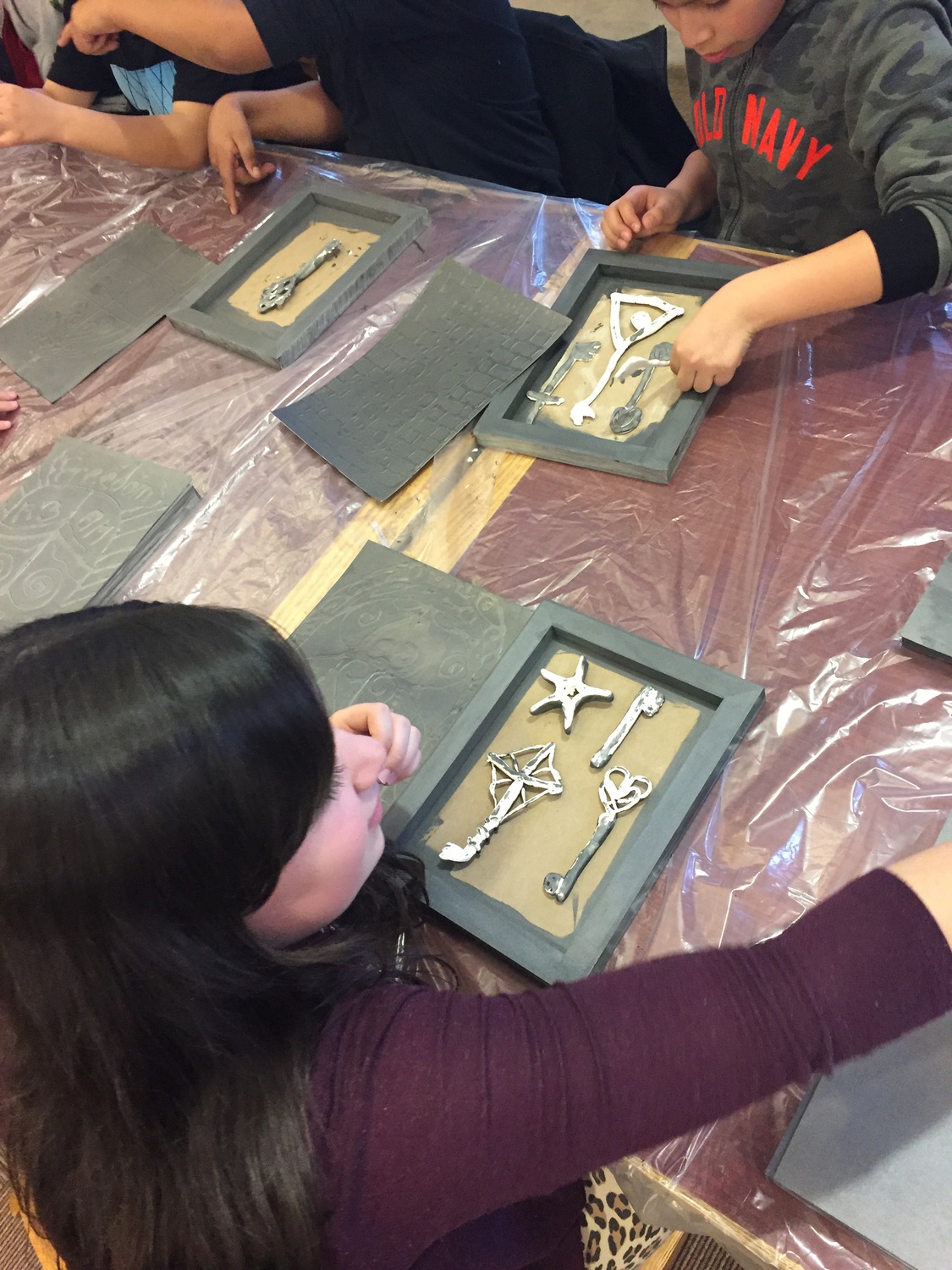 In Session 4, the students created keyholes, using press molds, and a doorknob. The artist shared different keys and doorknobs for inspiration. “The keys were meant to represent different basic human rights,” she said. She encouraged them to decorate their doors with messages or a name. “I told them to draw upon their knowledge of the Underground Railroad,” she stated. “The doors were meant to be their artistic renderings of what freedom looks like.” 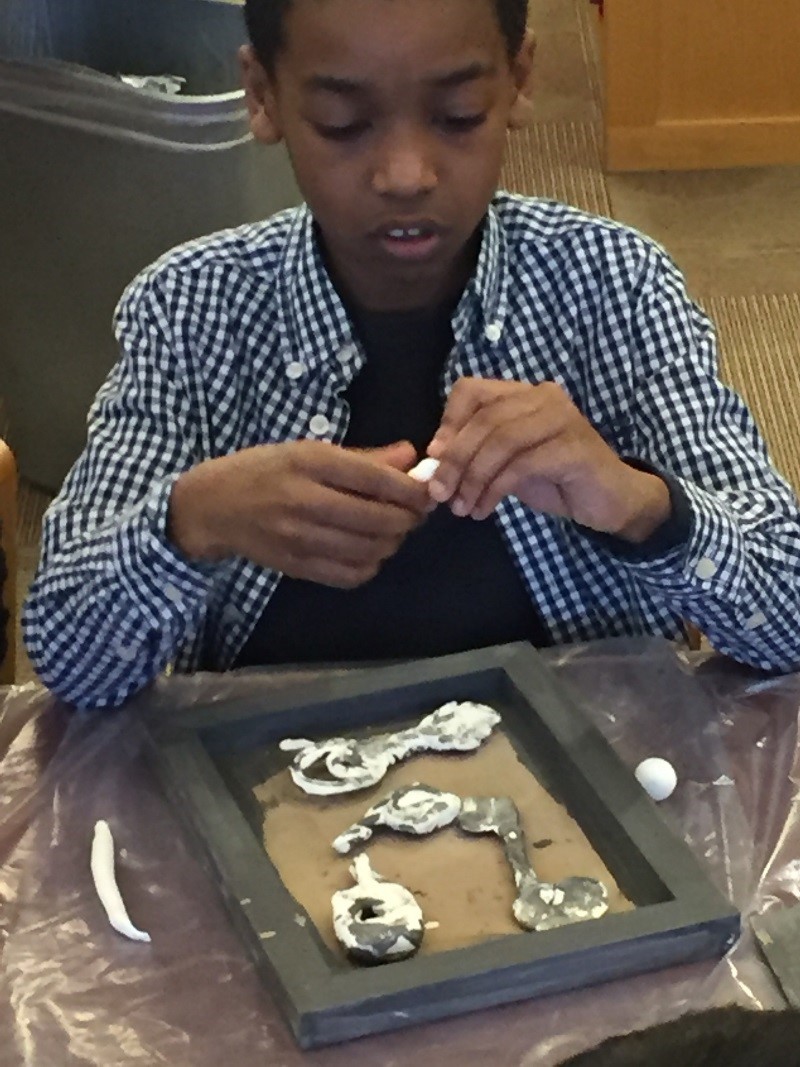 Ms. Giacummo demonstrated how to use the push molds. She reminded them to paint their doorknobs, keyholes and at least one side of their keys. While they waited to use a mold, they created their handles. The final step was to apply patina to the doors to make them appear timeworn. 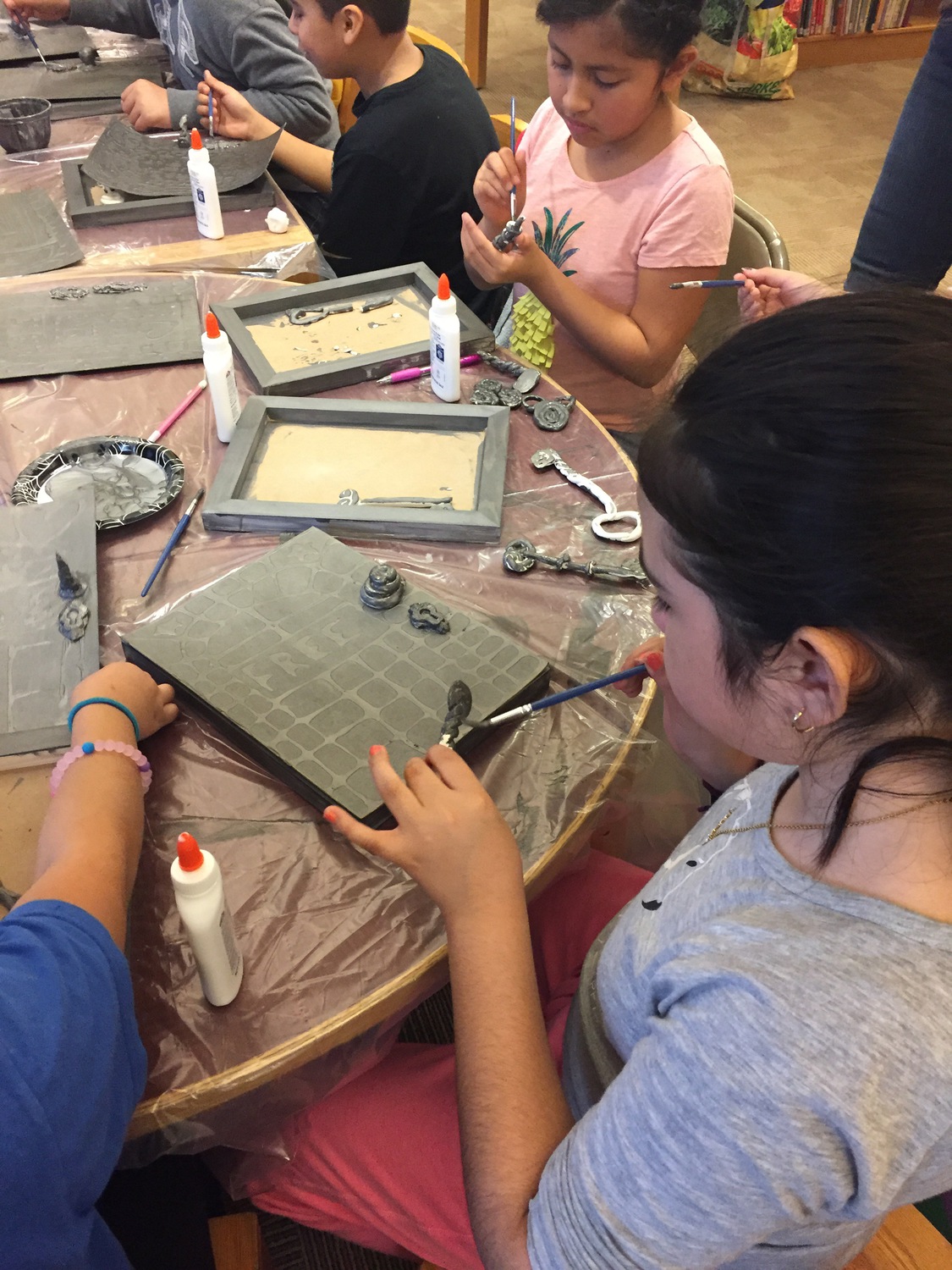 In Session 5, the doors were assembled. The artist attached the chipboard door to the cradleboard shadow box with gorilla tape. She also glued hinges on. “At first, many students were resistant about the creation of their doors,” said Ms. Giacummo. “They wanted me to do different steps for them. But I saw them gain confidence as they worked. They were so proud of what they’d accomplished and excited about taking their projects home.”