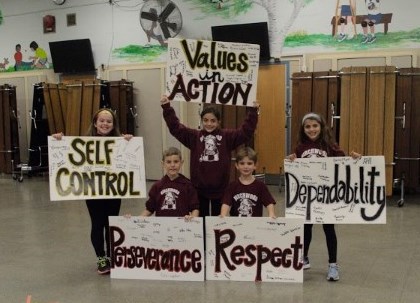 The fourth grade teachers and students had been exploring themes in Shape of Story, Yesterday and Today, a literary textbook. For the artist residency, the teachers chose literary theme statements (see below) that were relevant to promoting positive character traits and an anti-bullying environment. Each week of the residency, Ms. Mace and the students considered a different theme and character trait.

The teaching artist also introduced the students to the Dance Making strand, which includes developing dance skill and technique, improvising, choreographing, and performing. Together, Ms. Mace and the students explored axial (bending, stretching, twisting, swinging, gesturing, rising, rotating and spinning) and locomotor (leaping, jumping, hopping, sliding, galloping, and skipping) movements. The goal of the residency was for the students to work collaboratively to create original dance compositions. “The students discussed how the literary themes and character traits were great inspiration for interesting choreography and how dance can be used to communicate powerful messages,” said Ms. Mace. 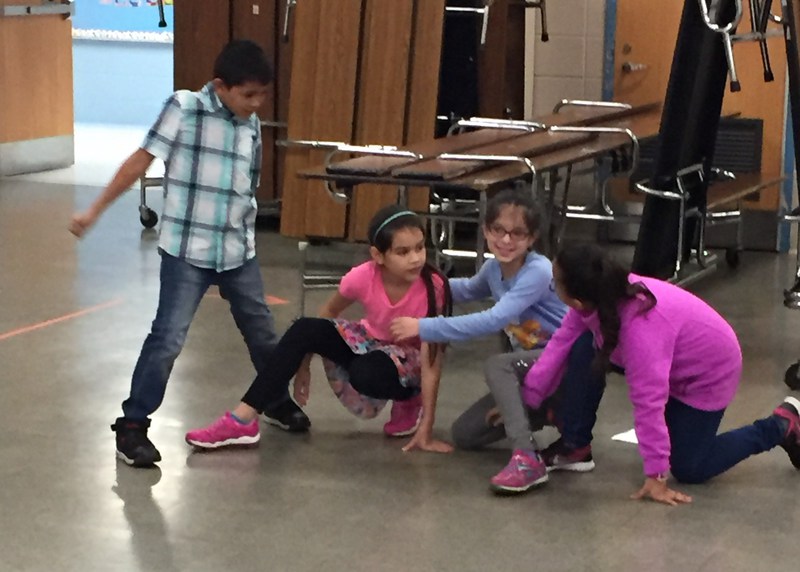 In the fourth session, ‘’dependability’’ was the character trait. Ms. Mace guided students in the creation of a group sculpture, a choreographic tool, to express the literary theme statement: ”Friends should stick together.” She modeled how to create “friendship shapes.” The classroom teachers assisted Ms. Mace’s demonstration and the students, working in small groups, followed along. Using claves (percussive instruments), the teaching artist signaled to each groups to create shapes employing target vocabulary, which she had posted at the front of the room. Ms. Mace encouraged the students to speak loudly, maintain self-control, and focus/reset when needed. 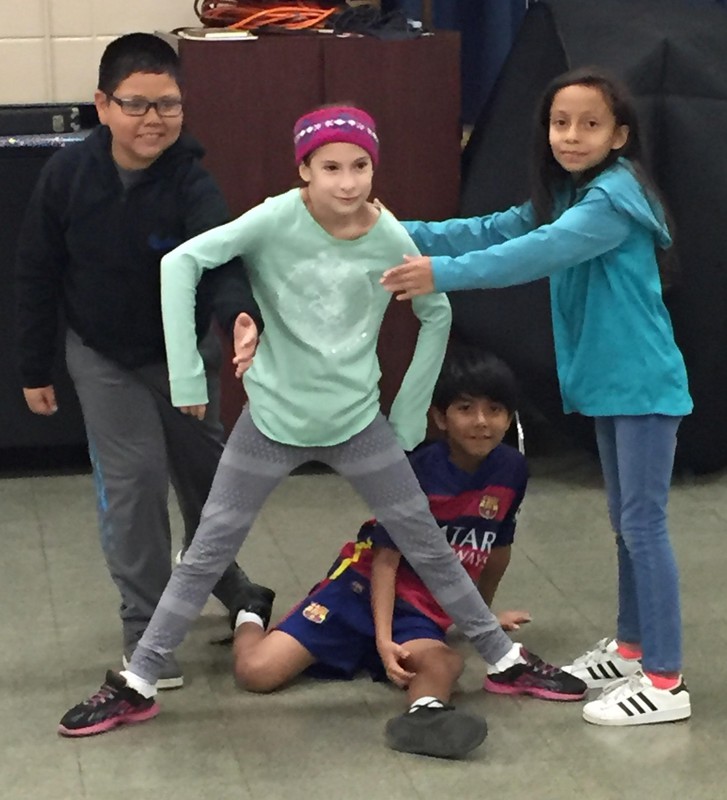 Next, the student groups had to decide where their friendship sculptures would appear within their dance composition. The students referred to their rehearsed choreography, which was created during the previous weeks and recorded in workbooks (below) created by Ms. Mace. 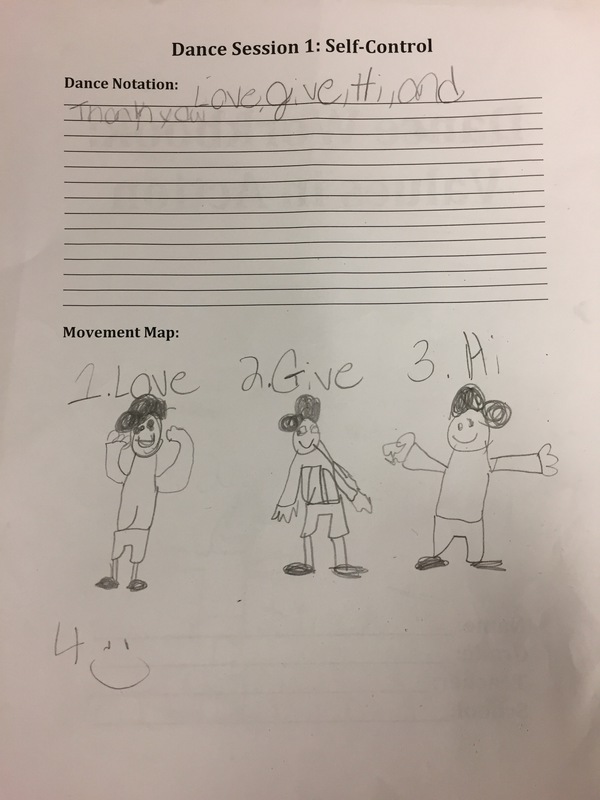 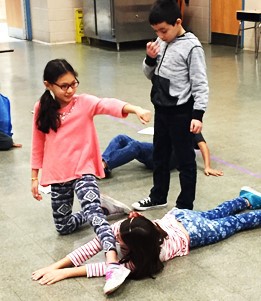 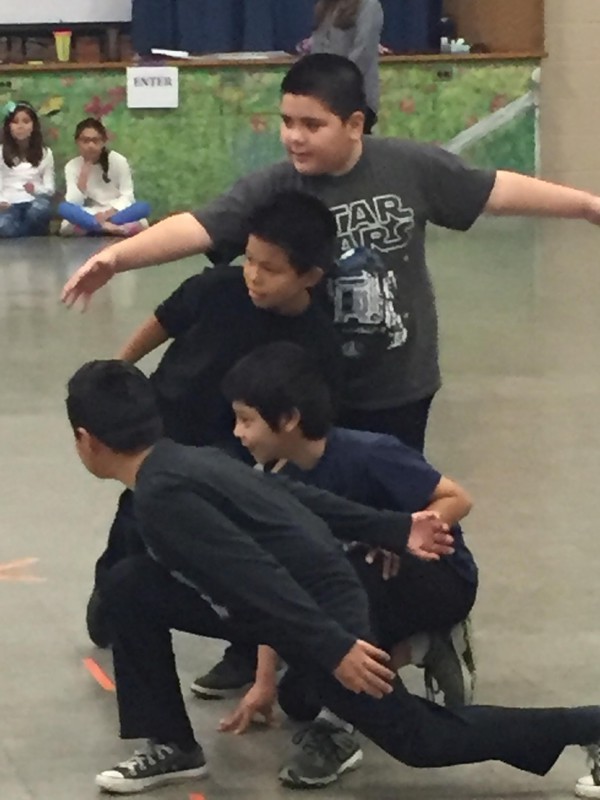 As part of the residency, the fourth graders saw “Sticks and Stones” with musical performer Lyle Cogan. The production offered an important message about bullying prevention. “We stressed the promotion of a school environment where all students thrive as mentioned in Lyle’s show,” reported Ms. Mace.

The residency culminated in a performance during the fifth week. The performance, entitled “Values in Action,” consisted of the dance compositions created by each student group. All five sections of the fourth grade performed. Their performances demonstrated their understanding of the project’s target vocabulary as well as dance techniques and movements learned during the residency. According to Ms. Mace, who supported the groups from the sideline (below), “these young choreographers made original works that were statements of the values they believed important to put forward into the world.” 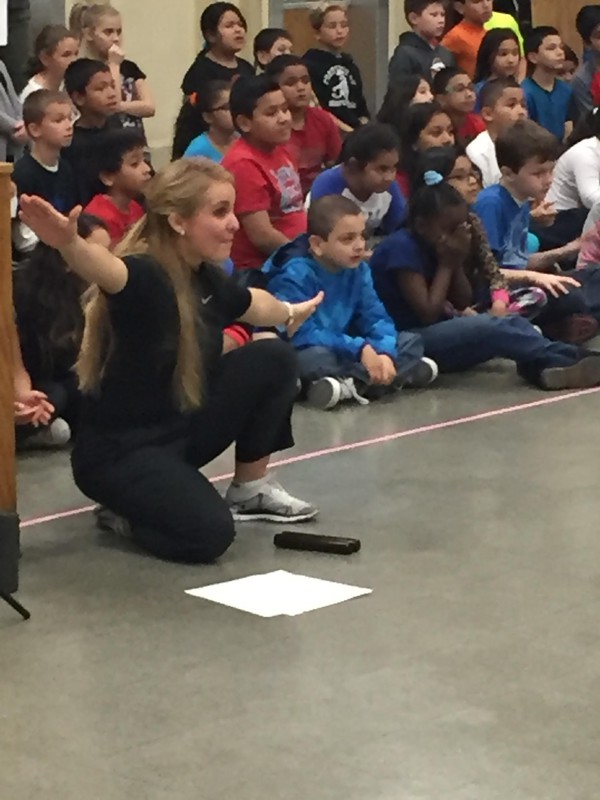 The students performed for their peers, teachers, assistant principal and principal as well as several district administrators. Here’s a peek at some of the dance compositions.

Afterwards, the students autographed “Value Posters” (below), which Ms. Mace created for each class to display as a reminder of their experience. Ms. Mace also presented each students with a choreographic achievement award. 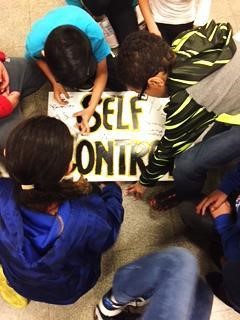