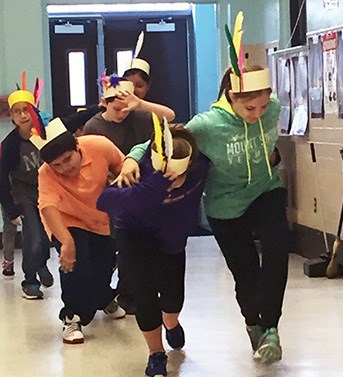 How does a teacher explain the hardships of others, particularly when the people lived over 175 years ago? During a unit on the Westward Expansion, Patchogue-Medford Grade 5 teachers collaborated with teaching artist Paul Rodriguez to help students understand the impact of the Manifest Destiny. Mr. Rodriguez used legend and dance to give the students a deeper understanding and empathy for both American settlers and Native Americans during the Westward Expansion. 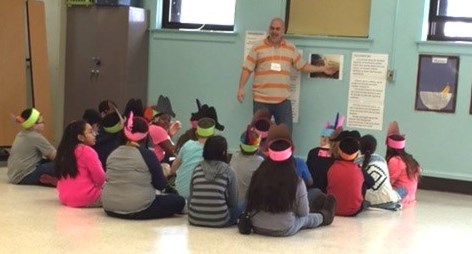 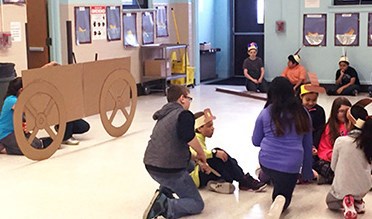 The teaching artist also used famous paintings related to the Manifest Destiny to stimulate dialog about different themes. For example, in one lesson, Mr. Rodriguez used a painting of the Lewis and Clark’s expedition. Students identified Lewis and Clark, their mission and Sacagawea in her role as translator and guide. The teaching artist asked, “How did the American settlers know where they were going?” Students responded that they navigated by the stars and looked for moss growing on the trees. 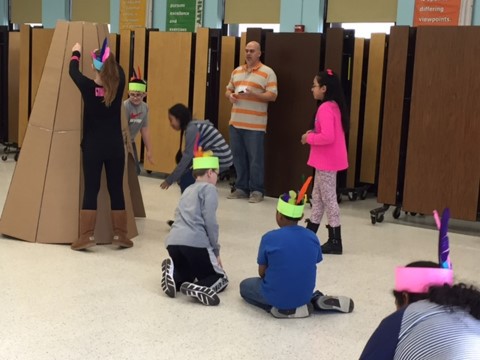 The students dressed as pioneers and Native Americans for the re-enactment of the legends. Mr. Rodriguez and the students reviewed the two groups’ journey. The re-enactments would depict the struggles of the Indians getting pushed out of their lands and of the pioneers exploring new lands. The students were asked to re-enact their exhaustion, starvation, the relocation of their camps, including the breaking down teepees and gathering of firewood.

For the residency’s final session, each class of fifth graders finished their original dances, rehearsed them, and performed it for another class.