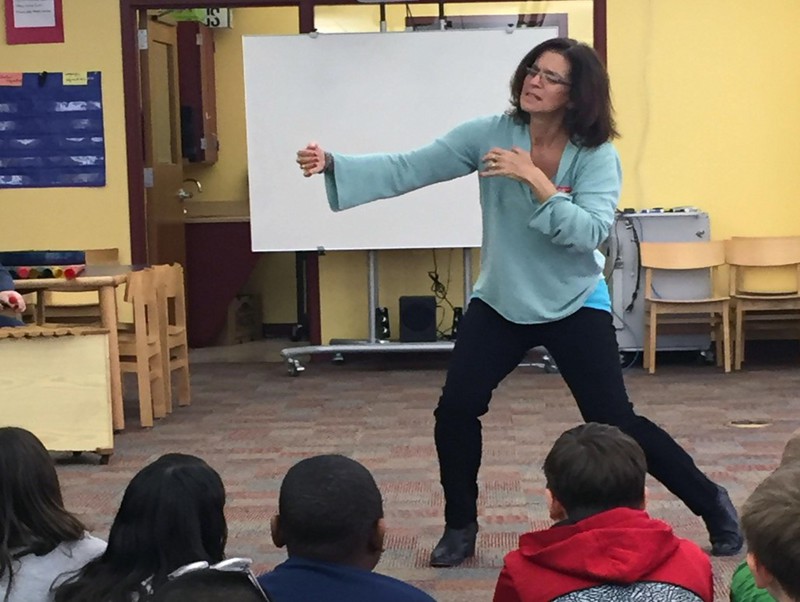 Patchogue-Medford Grade 4 teachers recently led a poetry writing project. Working in pairs, their students created an original work that explored the idea that “love is hard.” For the project’s culminating activity, the teachers wanted the classes on the grade level to share their poems with each other. They invited teaching artist Dafna Soltes Stein (above) to explore how poetry might be performed with the classes. Ms. Soltes Stein helped the children discover the different ways the voice, facial expression, emotions, gesture and movement can be used to embody a poem.

During her five-lesson residency, Ms. Soltes Stein engaged the students in discussions about different human emotions and how one’s voice and body might be used to express those emotions. She and the students considered a rich array of emotions such as being angry, happy, annoyed, elated, thrilled, curious, scared, threatening, playful, surprised and sad. 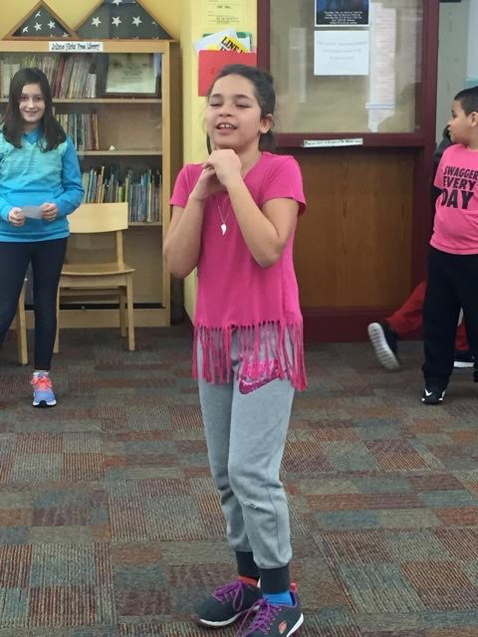 The teaching artist demonstrated different vocal qualities, body postures and gestures that express each emotion. She asked the students to mimic the emotions, and then to decide the appropriate vocal qualities, body postures and gestures to use to support an emotional statement. In another session, the teaching artist and students tried knotting themselves up, standing straight as a pin, and curling themselves into a ball as a means of using body postures to express an extreme emotional state of mind. 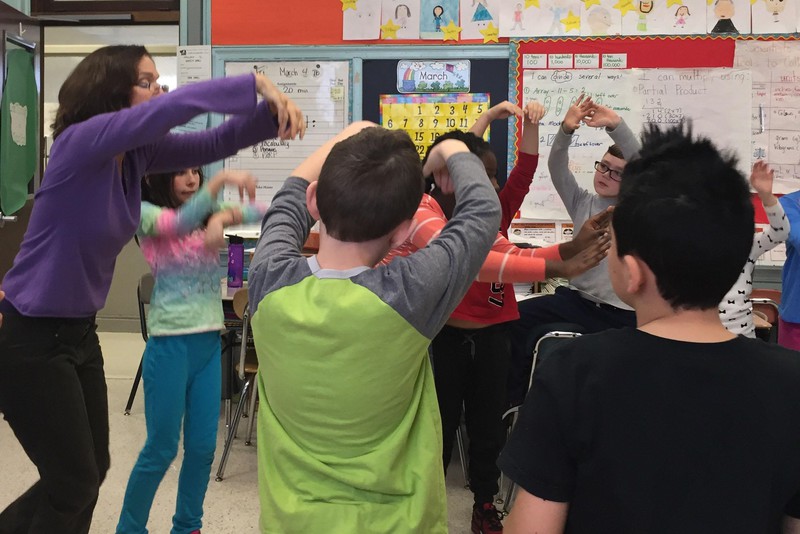 During the poetry residency, the students saw Orpheus and Eurydice performed by David Gonzalez (below). In preparation for the performance, Ms. Soltes Stein explained to the students that storytellers think about many emotions and select the ones that will help the audience identify with the emotions the various characters are feeling and elicit appropriate audience response. To illustrate her point, she chose the line “You can have her, but don’t ever look back” from the myth. As she explained the line’s importance to the story, the teaching artist used her voice and body. She asked the children to mirror her actions. Then, she asked her pupils to recite the line using as many emotions as possible. 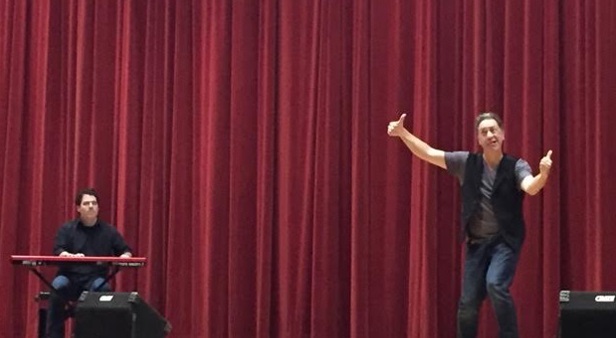 Next, the students prepared to perform their poems. Ms. Soltes Stein and the students explored the different performance techniques, such as performing in unison or sequence, and call and response (below). 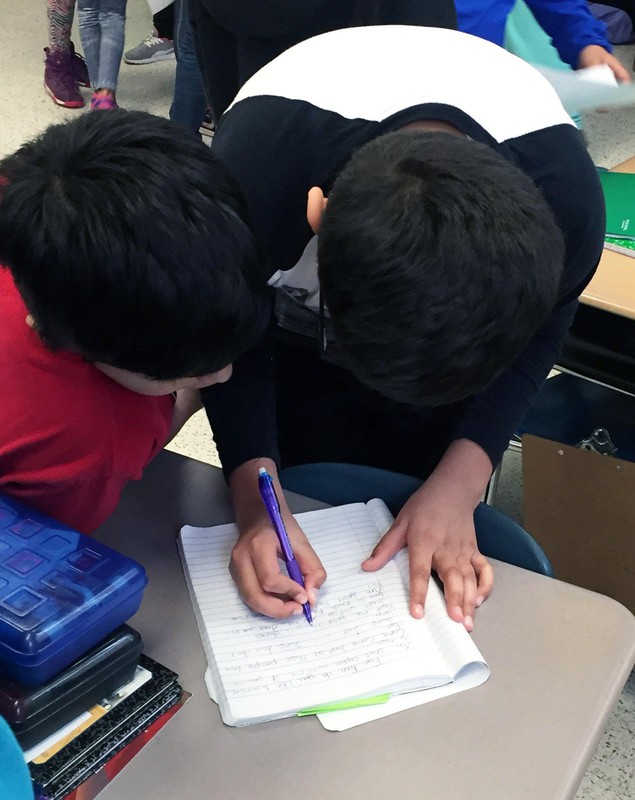 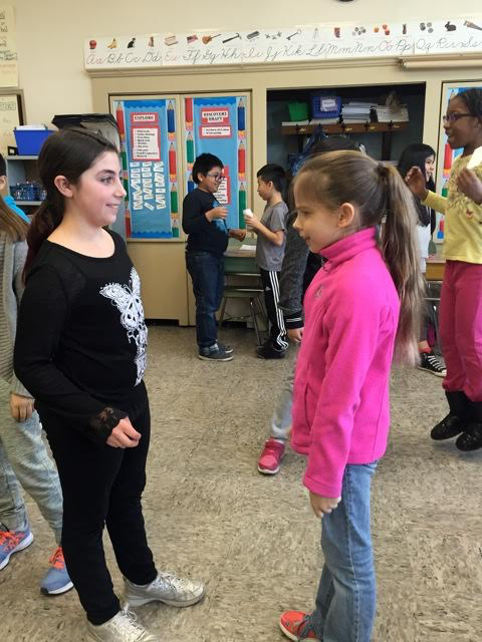 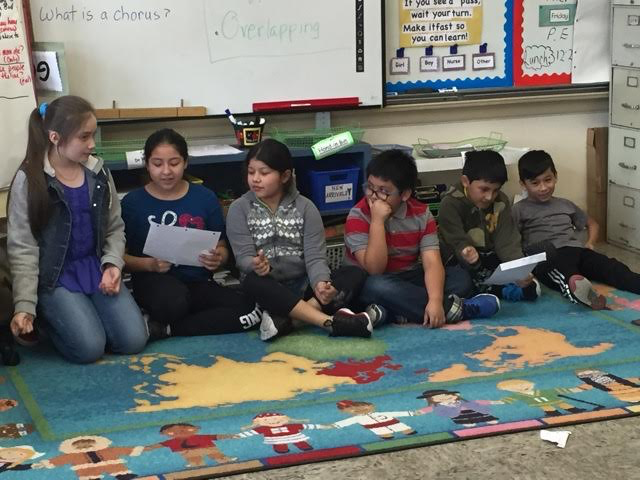 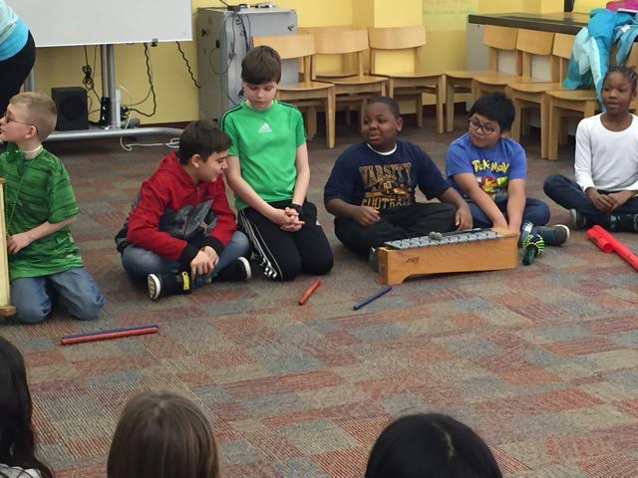 During the actual performance of the poems, Ms. Soltes Stein encouraged and coached the readers, reminding them to read with feeling. After several poetry readings, Ms. Soltes Stein asked the children to analyze what they saw, comparing and contrasting the choices their peers made as performers during the their poetry readings. The class noted that subsequent readings grew increasingly better. 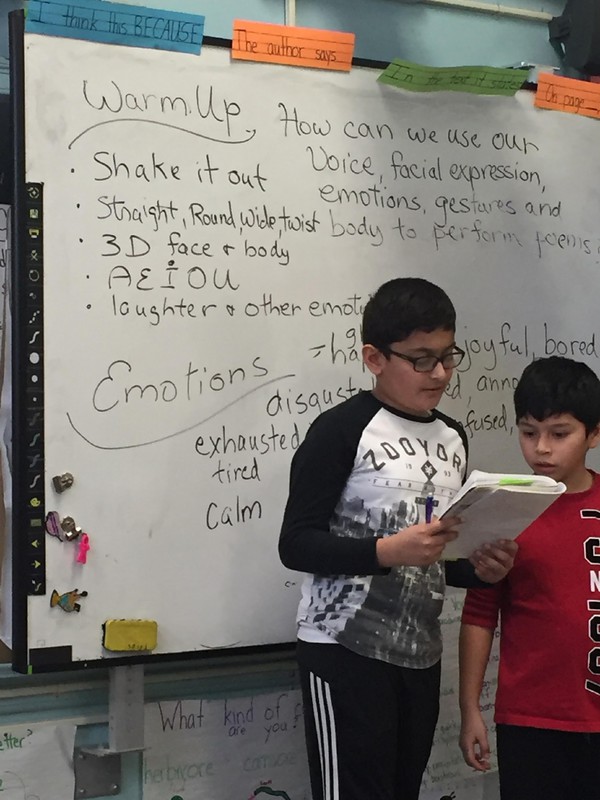 “The students who were innately talented as expressive readers became even more so after adding the new skills to their ‘toolkits,’” she notes.”Others ventured out to be more expressive, sometimes moving beyond their comfort zone. I noticed how eagerly students encouraged one another.” At the end of each performance, the class gave each other a big round of applause. 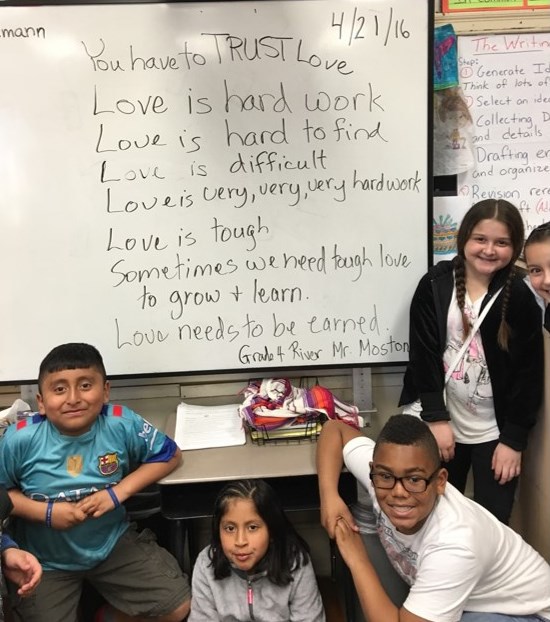