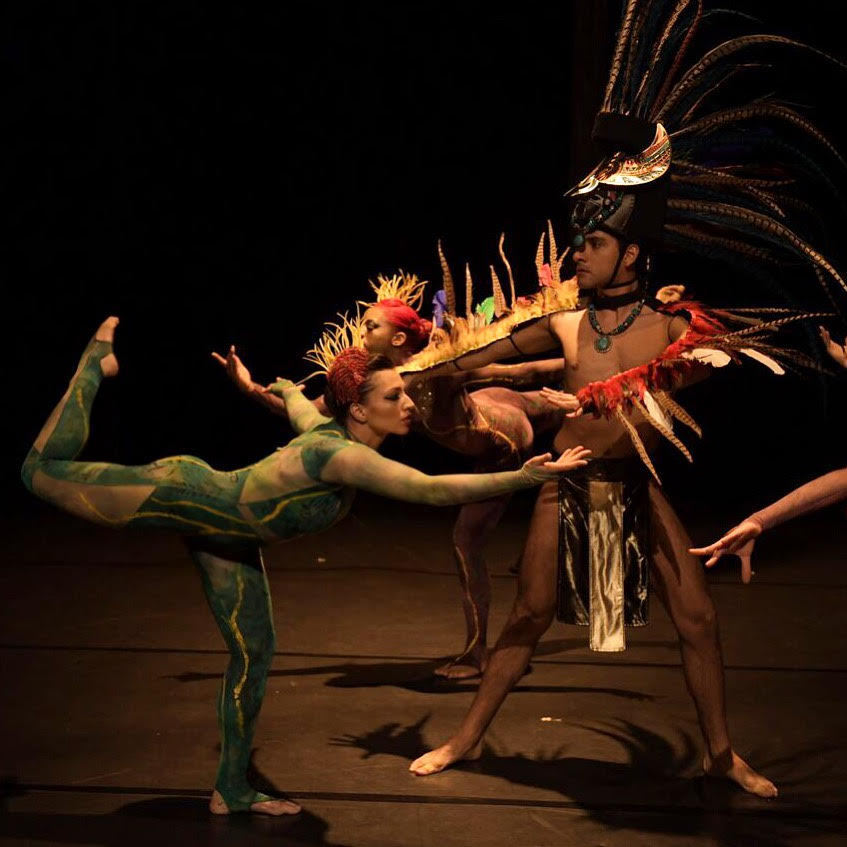 The (C3)2 project is intended to foster creativity and collaboration among teachers and students in two Long Island school districts. However, teaching artist Danielle Marie Fusco reports she applied her (C3)2 experiences to a workshop she recently taught in Mexico.

In December, Ms. Fusco (photo, above and below) joined the Dzul Dance Company on tour in Mexico. The group performed in a month-long ballet festival in Campeche, Mexico, in the Yucatán. Artist director Javier Dzul grew up in the Yucatán jungle and his work focuses on Mayan culture and ancient traditions. Here's a video clip of Ms. Fusco in one of the performances.

While in Mexico, Ms. Fusco had an opportunity to teach a workshop at Espacio De Danza, a dance space. “ Javier Dzul and I share a background in the Martha Graham technique,” she explains. “He recommended me to the dance studio’s creative director Yoyis Cambranis.” The four-day workshop focused on American dance forms, specifically, Martha Graham’s modern dance and Luigi’s jazz technique.

Ms. Fusco’s students ranged in age from eight years old to adult. The students spoke little English and Ms. Fusco spoke only a little Spanish. “At first, I thought there was going to be a huge language barrier,” says Ms. Fusco. “But, for the most part, the art spoke for itself. Art doesn’t use specific language. Art is the language. I realized that how I spoke to the students and how I moved my body were the things that really conveyed what I was trying to say.” 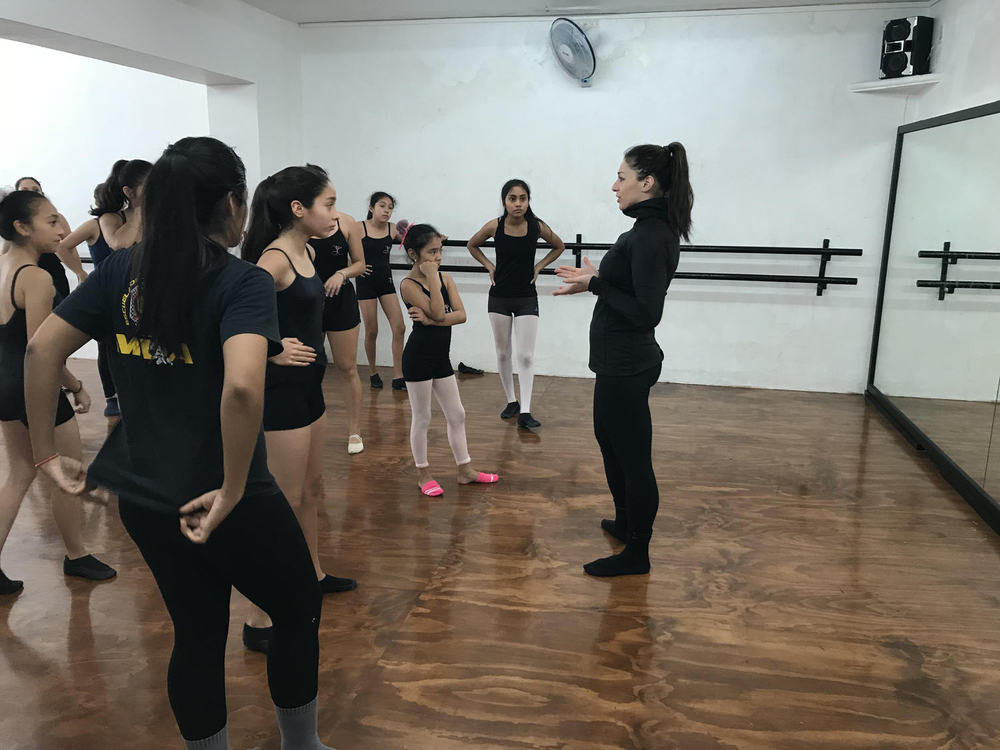 The dance artist credits her (C3)2 project experiences for helping with the workshop and elsewhere. “The (C3)2 project has trained me to be flexible as a teacher and artist. I am able to adapt to any teaching situation and design classes to meet the needs of individual programs. The (C3)2 project has also given me an opportunity to really think about my art and what I want to say as an artist. During my (C3)2 dance residencies, I had to re-learn what the students were learning in school. The experience made me more aware of the world and its history. It has helped me to realize that I’m more than just a dancer. As an artist, I must be aware of the world and the needs of my audience.” Ms. Fusco will be returning to teach at the Espacio De Danza in July. Good luck, Danielle!