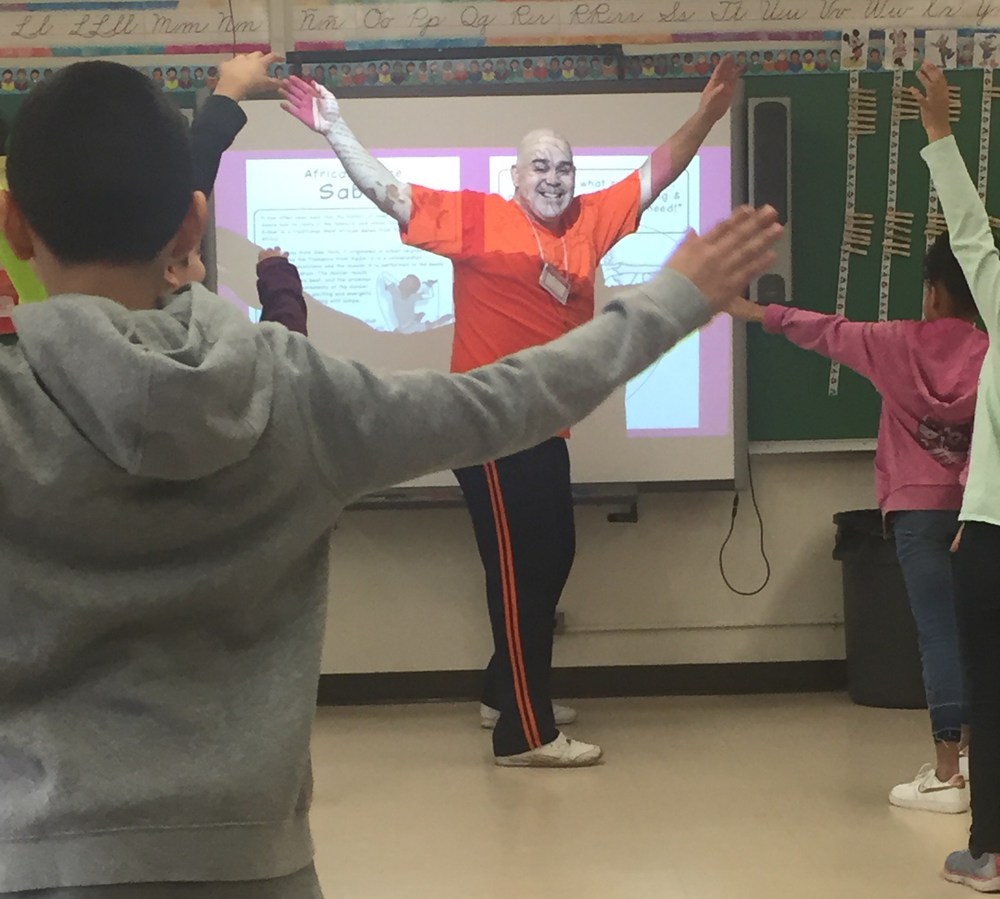 How can the dances of different cultures help students appreciate our global community and embrace a sense of unity? Huntington fifth grade teachers recently invited teaching artist Paul Rodriguez to collaborate on a project that would explore the dance traditions  of different cultures. The teaching artist designed lessons that addressed important themes, such as making positive choices, avoiding conflict, and building friendships, exemplified by the dances. The arts-integrated project supported the fifth grade curriculum’s reading materials, assigned work and information shared on other cultures. Be sure to scroll down for the project's video.

During each of the residency's five session, Mr. Rodriguez focused on one or two different cultures and dances that illustrated a particular theme. For instance, in Session One, the teaching artist introduced the American Eagle dance and Spanish Flamenco dance. Together, the artist and students explored the theme of Positive Choices. Another session considered the theme of Avoiding Conflicts through the lens of American pop culture. The students learned about the Popping/Locking and Hip-Hop dance styles. As the project developed, components from each session's dances were added to a dance performance. The completed dance performance would be the project’s culminating activity. 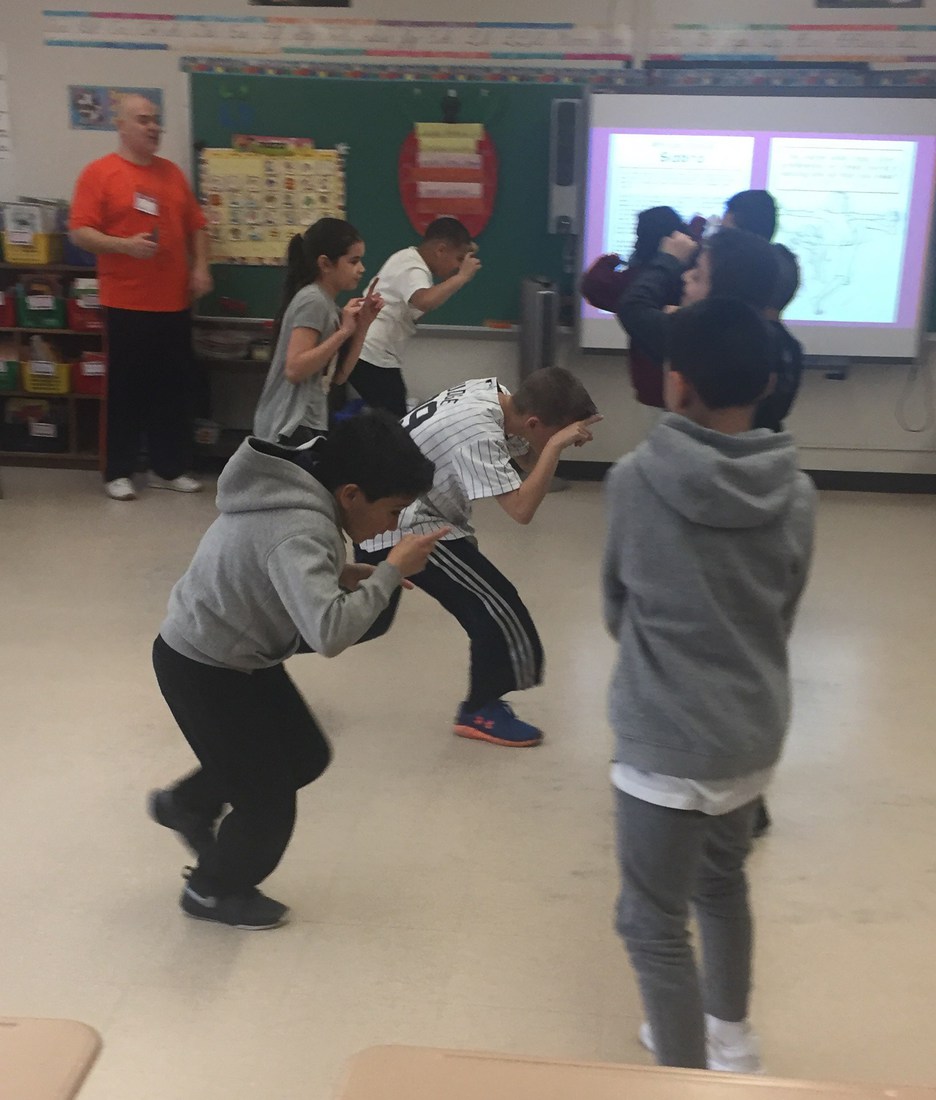 In Session Four, Mr. Rodriguez introduced the Sabra dance of West Africa and the Bhangra folk dance of the Punjab, a culture found in northwestern India and northeastern Pakistan. The theme for the session was Friendship and Unity. Prior to the lesson, the students had seen “¡Retumba!” at Tilles Center Performing Arts Center. The multi-ethnic, all-female music and dance ensemble performed a variety of dances exemplifying Caribbean history and traditions. 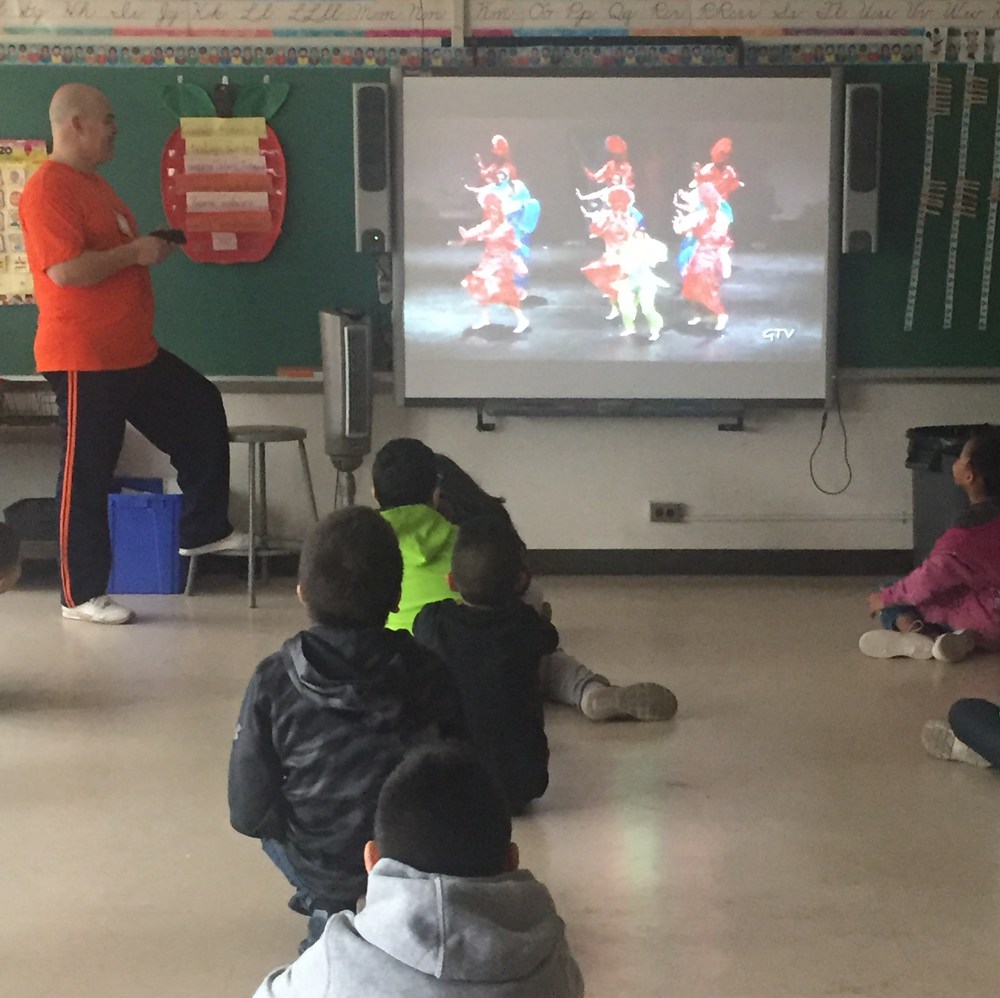 Mr. Rodriguez reviewed the different dances the children had explored in earlier sessions. He asked the class what they might gain from learning another new dance. The students proposed that learning new dances can help people make new friendships. The teaching artist agreed and added that people can find ways to create unity around the world through dancing.

Mr. Rodriguez shared samples of the two new dances on the Smartboard. Prior to playing the video of the Bhangra dance, he told the class to be prepare to witness energy and happiness. During the video, he discussed costume elements and body movements. Here’s the Warrior Bhangra 2014:

Next, Mr. Rodriguez played a video of the West African Sabra dance: 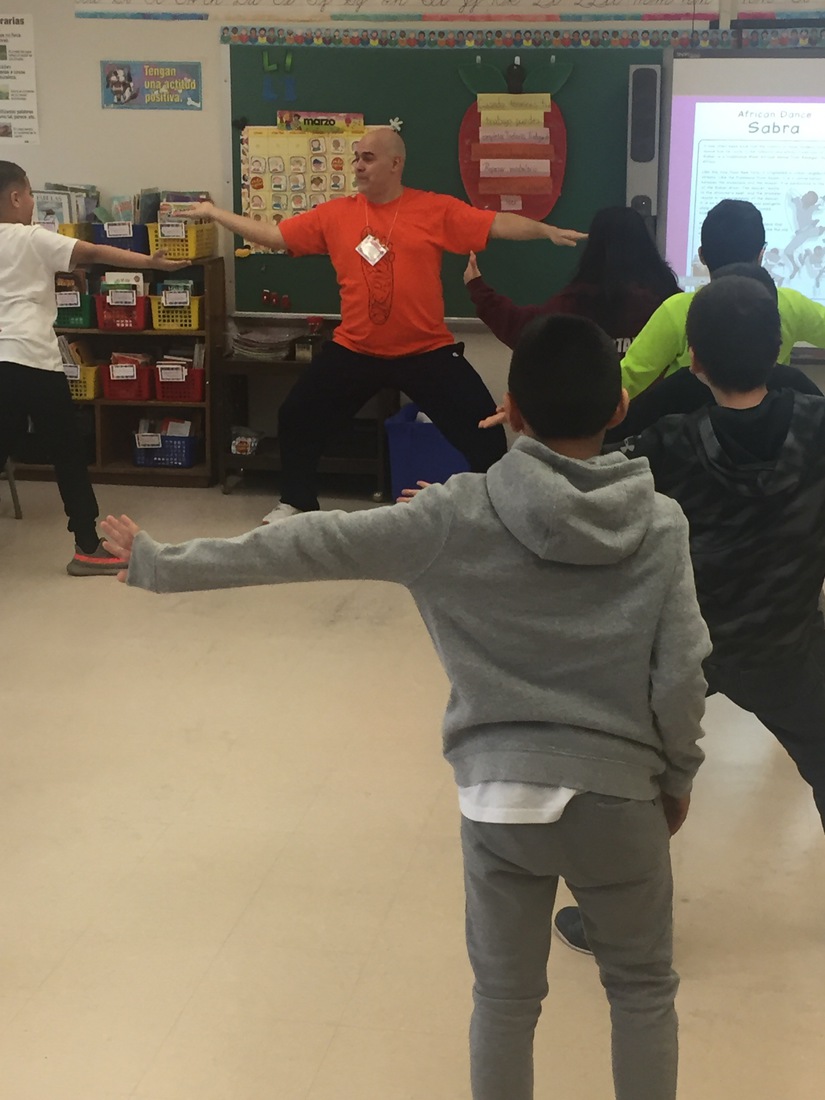 Now it was time for the students to dance. The children performed the dance components from the previous three sessions. Mr. Rodriguez ran through each component with the students and then combined them into one performance. Then, the artist and students incorporated elements of the two newest dances: the Bhangra and Sabra. He modeled each step and the children mimicked his movements.

Throughout the lesson, Mr. Rodriguez directed the students in Spanish and English, making it easier for the Spanish-speaking students to follow along. There were also visuals posted to assist students. In addition, the teaching artist provided hard and easy versions of several steps in an effort to include all students.

As the session neared its end, Mr. Rodriguez allowed students to showcase their individual dance skills by forming a circle and having volunteers come up and show their moves. 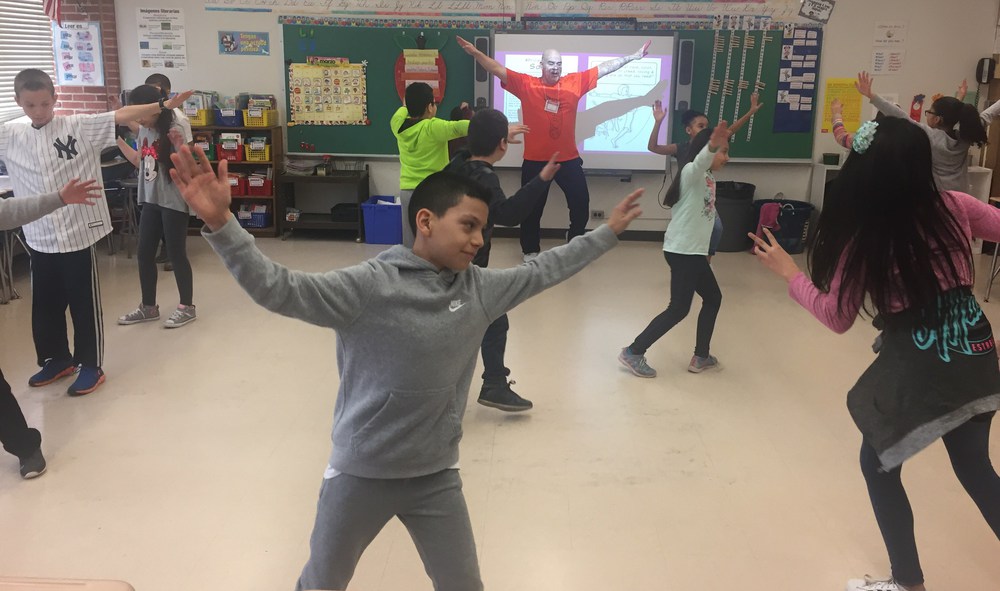 For the final session, students performed the whole dance, entitled My House is Your House, with music. They began with elements of the Native American Eagle and Hip Hop dances, and progressed to Flamenco, mimicking a charging bull. The final movements involved elements from the Bhangra and Sabra.  Students displayed their talent in every step. Take a peek at the students' fabulous moves in the video below.