The Art and Science of MobilesThursday, September 20, 2018 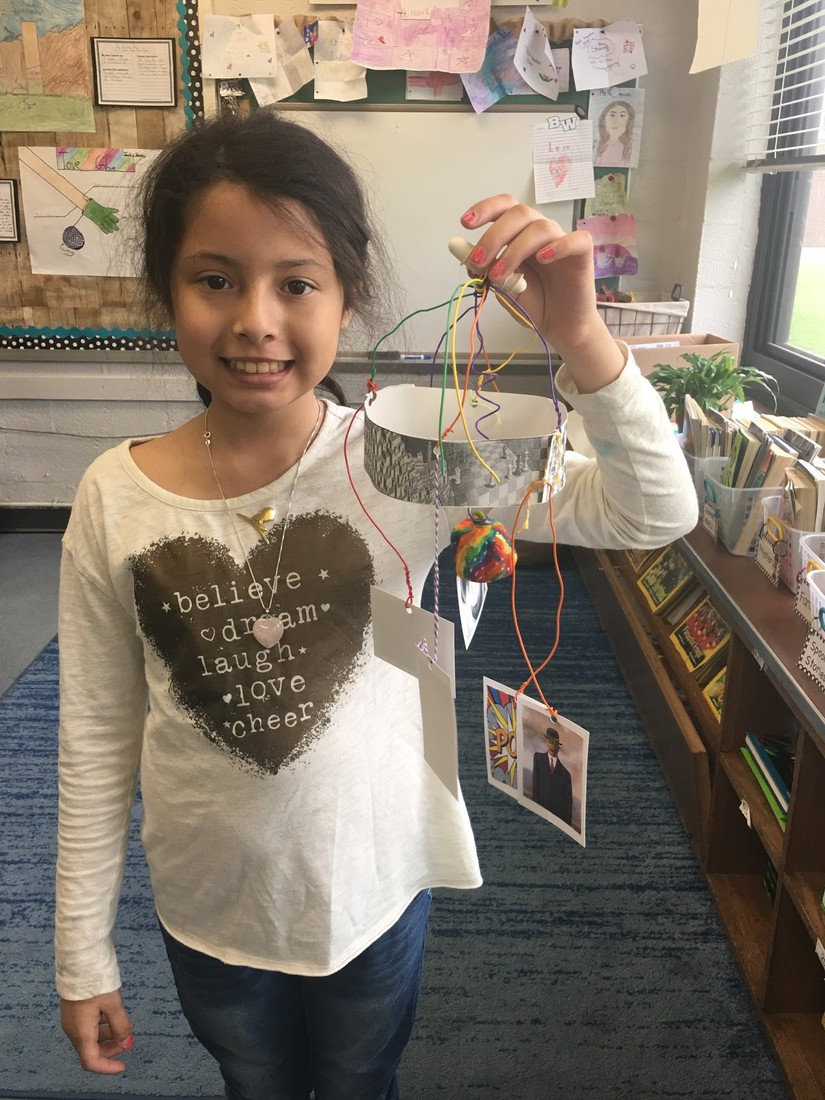 The scientist’s laboratory and the artist’s studio have a lot in common. Both places engage in open-ended inquiry, accept failure as part of the process, and acknowledge that learning depends on constant thinking and doing. In view of these similarities, Huntington classroom teachers and visual artist Beth Giacummo decided to merge the two disciplines in a project for fourth graders. They designed an arts-integrated project that reinforced classroom science lessons on force, motion and energy.

In the first session, Ms. Giacummo explained to the students that they would be learning about master and contemporary artists. The teaching artist would introduced different artists throughout the project. The children’s curiosity about the artists would be the basis for curating a collection of artworks, which would be used to create a mobile.  The mobile would also demonstrated a variety of scientific concepts, such as  kinetic versus. potential energy, gravity and friction, magnetic force and simple machines. 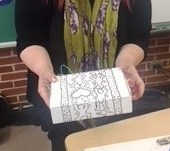 To begin, the students created personal chests to house their curated collection of artworks and other mobile components. The teaching artist guided the students in decorating the chests with imagery inspired by artist Keith Haring.

Next, she supplied the class with a handout containing 10 images of visual art masterpieces and explained the concept of curating. Students were asked to study the images, select and cut out three images, and store the images in their chests. The students identified the elements of curiosity in each selected image. 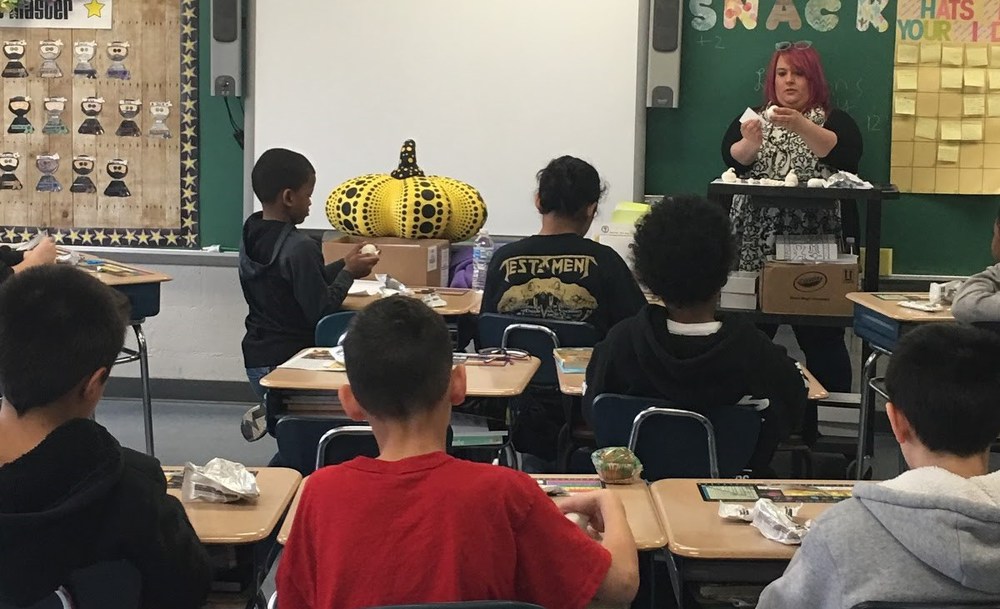 In subsequent sessions, students learned about Yayoi Kusama, a contemporary Japanese artist who works primarily in sculpture and installation. Ms. Giacummo guided the students in the creation of pumpkins inspired by Ms. Kusama. 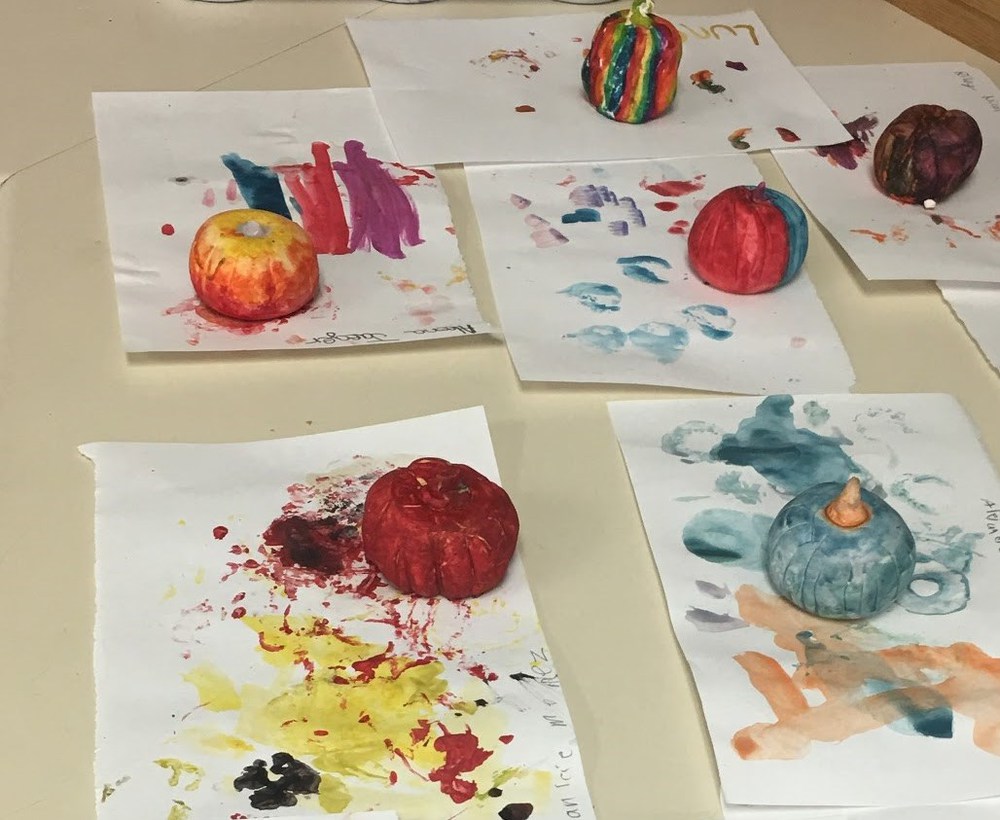 The teaching artist also introduced Alexander Calder’s Circus, which would influence the students’ mobile construction. In addition, each student was given a strip of M. C. Escher’s artwork to fasten to the band that would suspend the art objects from the top of the mobile. 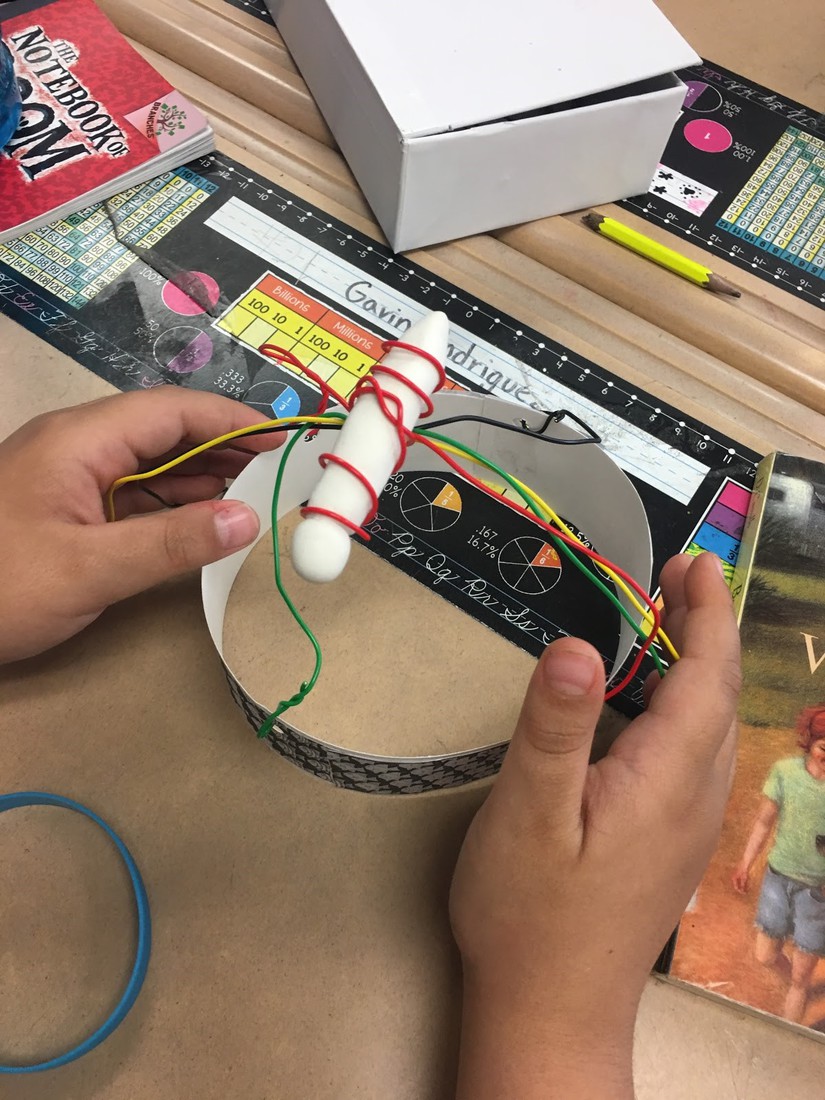 Prior to the project’s fourth session, the students saw CIRQUE-TACULAR’S “The Art of Circus.” The performance consisted of acrobatics inspired by visual art masterpieces. In class, the students had composed expressive essays about the performance, which reinforced the unit plan’s objectives of supporting target vocabulary. During the session, students painted their pumpkins. Ms. Giacummo worked with the students on a personal level, engaging them in conversations about their color preferences.

In the culminating session, students shared their finished mobiles, making connections between the artwork and their knowledge of force, motion and energy.