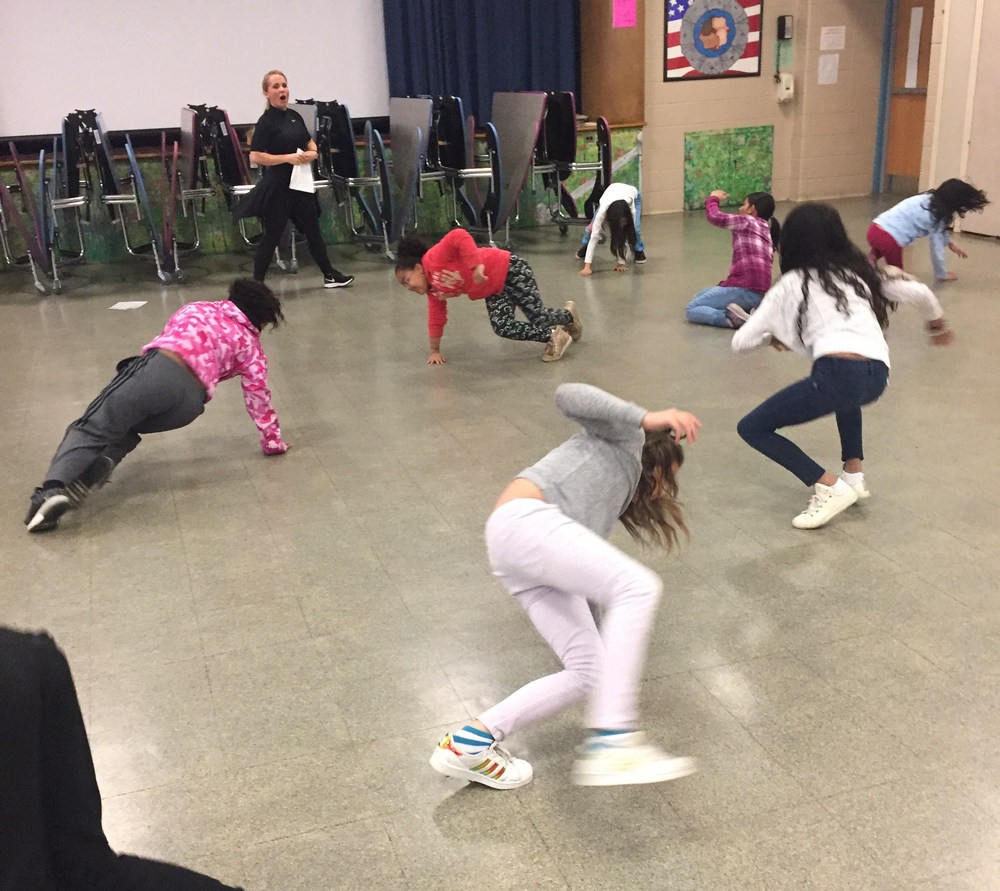 Recently, Huntington fourth graders were studying simple machines. Their teachers invited dance artist Kendra Clark Mace (above, standing)  to help reinforce what simple machines are and how they help us. With Ms. Clark Mace’s guidance, the students created dances inspired by the six simple machines and their functions in this arts-integrated project.

For each of five session, Ms. Clark Mace focused on one or two different simple machines and their functions. For example, in Session Two, the teaching artist and students explored the wheel and axle and their pushing and rotating actions. The students had recently seen a performance of The Art of Circus by CIRQUE-TACQULAR at Suffolk County Community College. The circus artists performed thrilling acrobatics inspired by visual art masterpieces. Ms. Clark Mace made a connection between the circus artists being inspired by art masterpieces and the students using simple machines to inspire dance routines. 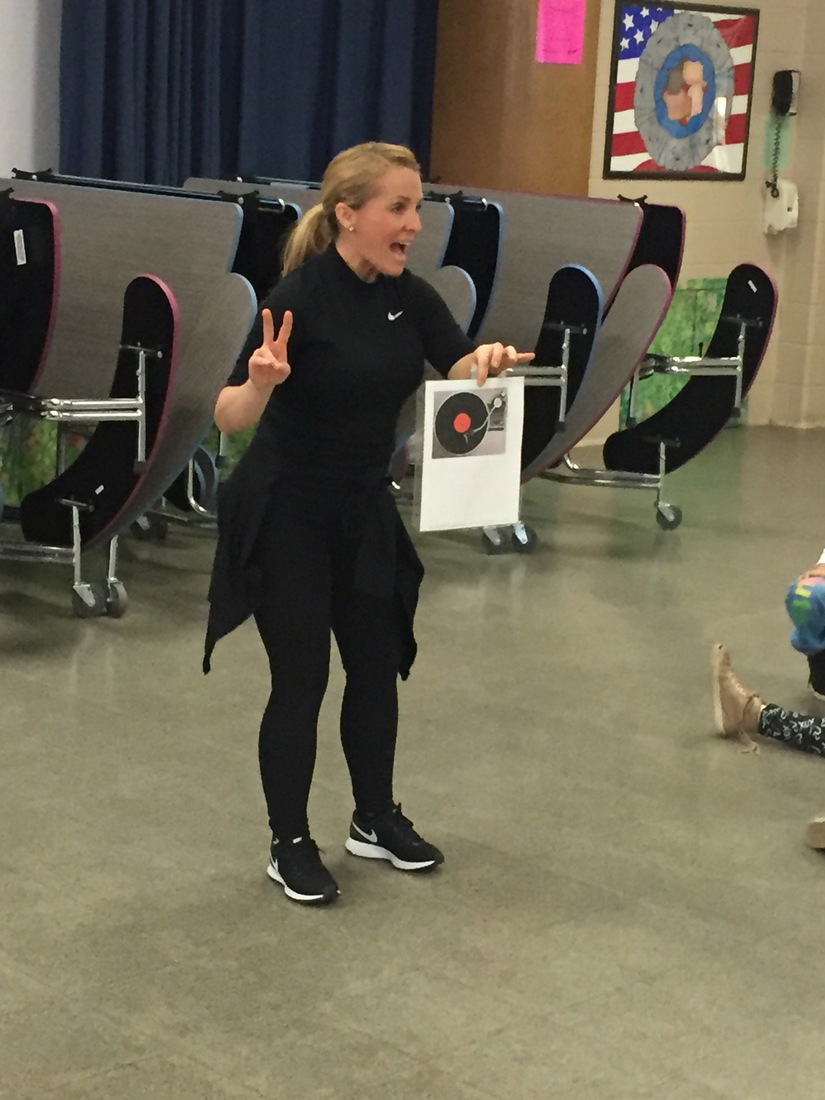 Students mimicked each object’s action. They began as rolling pins, then doorknobs, record players and finally rotary phones. To support this activity, Ms. Clark Mace had students narrate the function with the statement “push and rotate.” 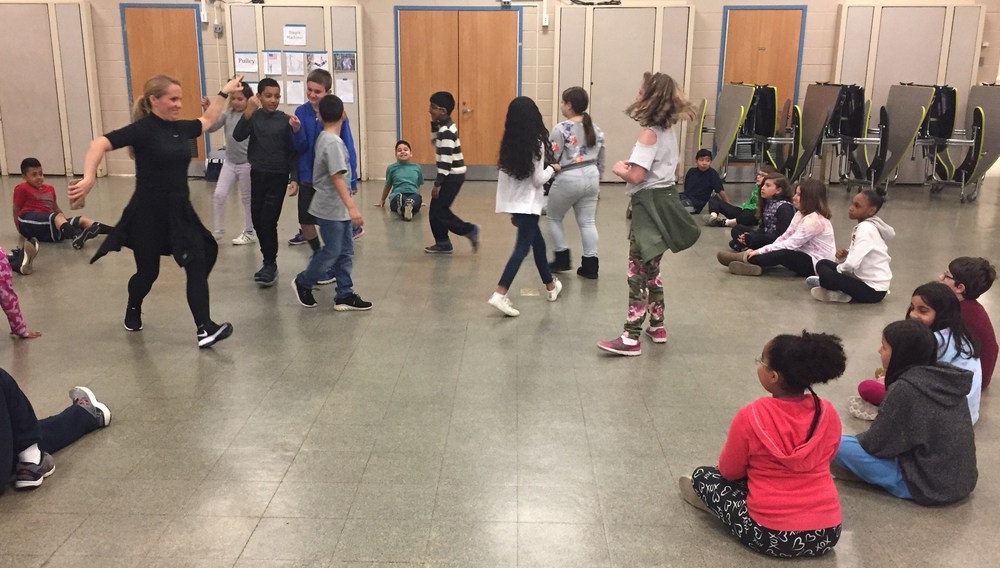 The student groups began working on their routines. During this work period, Ms. Mace went from group to group inspiring and instructing students. The classroom teacher was also actively involved. 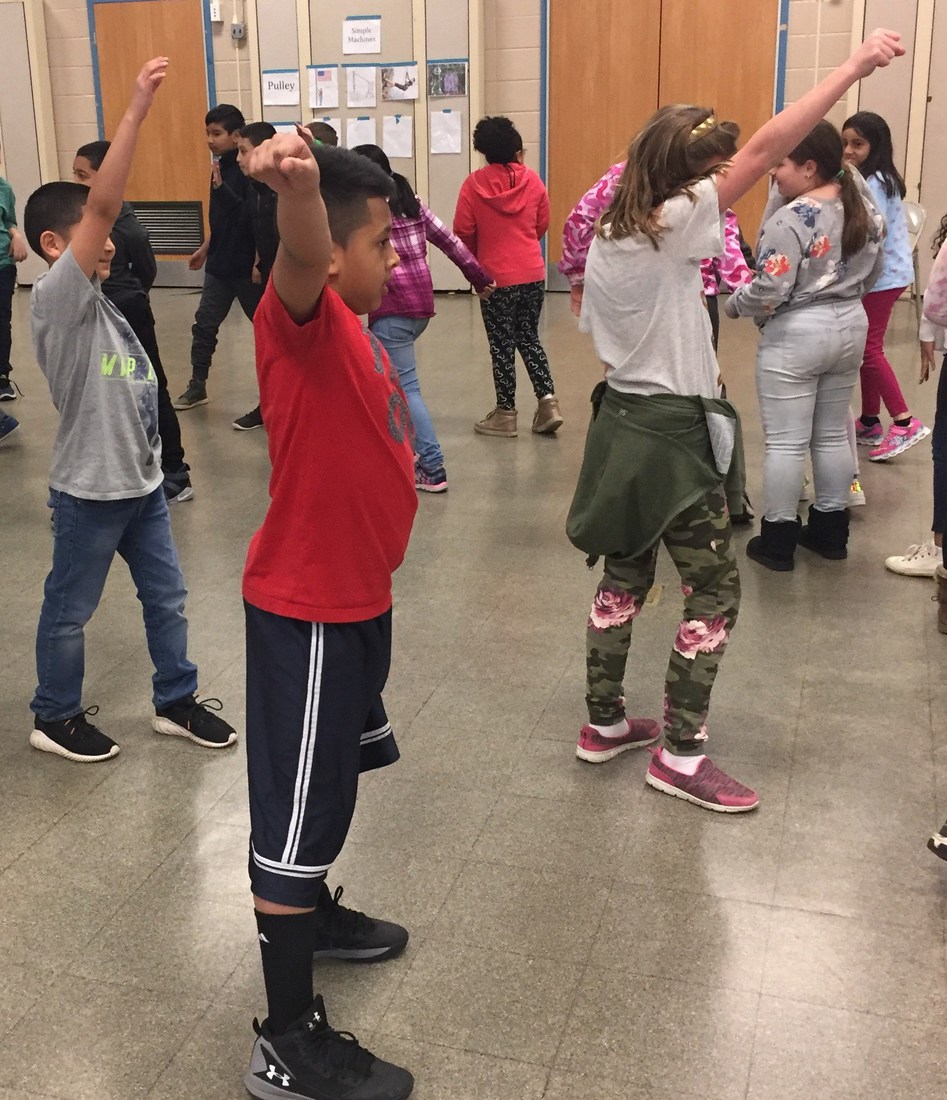 Following the practice session, the students performed their newly-created movements. As they performed, Ms. Mace narrated, interjecting dance vocabulary. She also spoke about making mistakes and how they are an opportunity to find solutions.

In subsequent sessions, students worked on the other simple machines (screw, lever, wedge and inclined plane) and physically performed their actions. In-between these sessions, the specialty teachers (ie, physical education, art and music teachers) taught lessons that supported the project. For example, the art teacher guided students in the creation of sculptures inspired by Alexander Calder and that reinforced the concepts of kinetic and potential energy. The students also learned rhythmic patterns with the music teacher.

For the project’s culminating session, students shared their final routines with their classmates. They used their bodies to mimic the way the six simple machines worked.