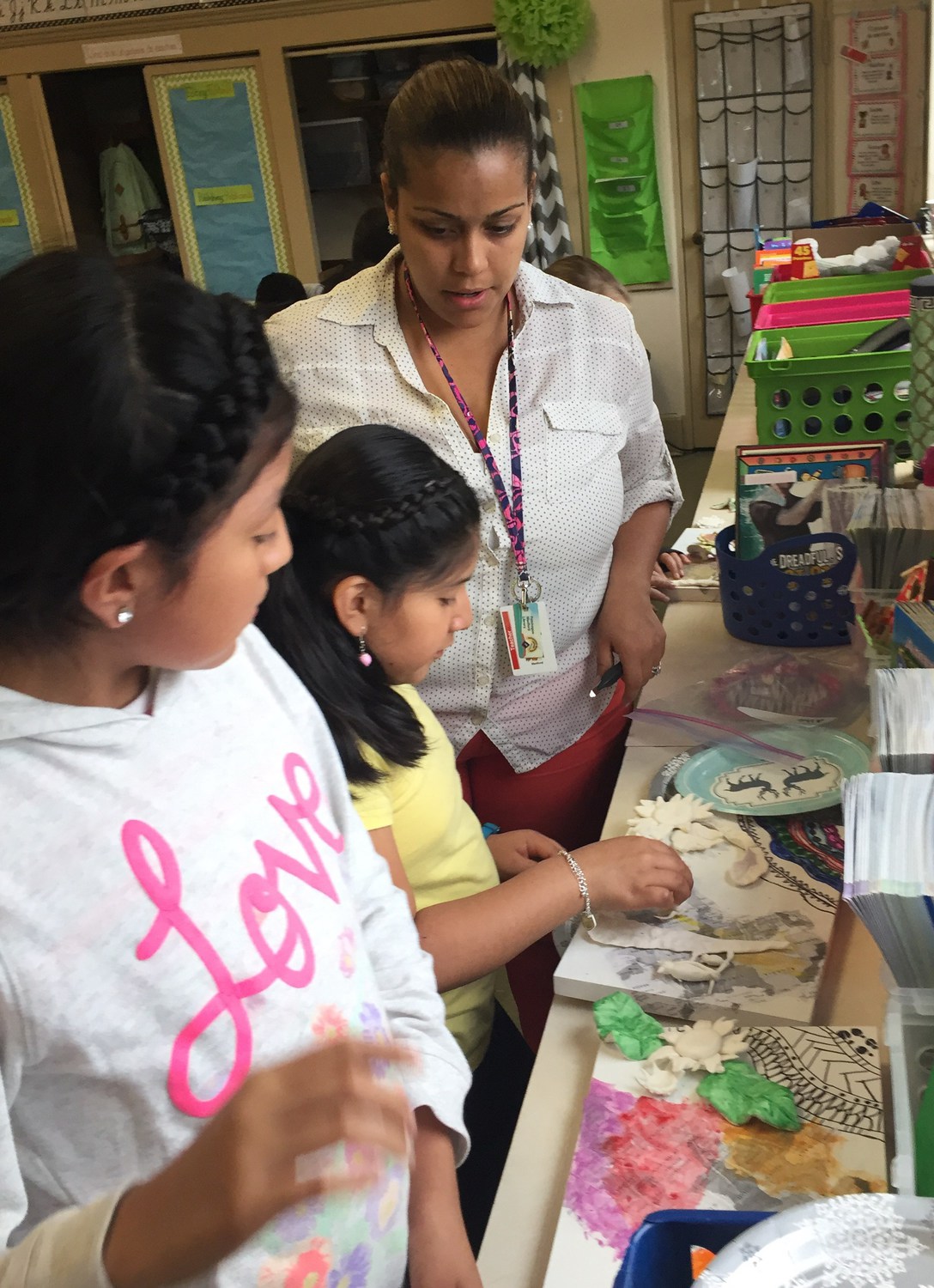 How do you inspire students to write original African folktales? For Patchogue-Medford Grade 4 teachers, the answer involved immersing students in an arts-integrated, cross-curricular study of Africa. Students were learning about Africa’s geography, flora and fauna, and culture in the classroom. The music teacher was exploring African drumming with the students. In addition, the grade level was scheduled to see a live performance of Mufaro’s Beautiful Daughters. Teaching artist Beth Giacummo was invited to work with the students on an art project that would reinforce the students’ learning experiences and inspire them to write original African folktales. Ms. Giacummo guided the students in the creation of folktale artifacts. 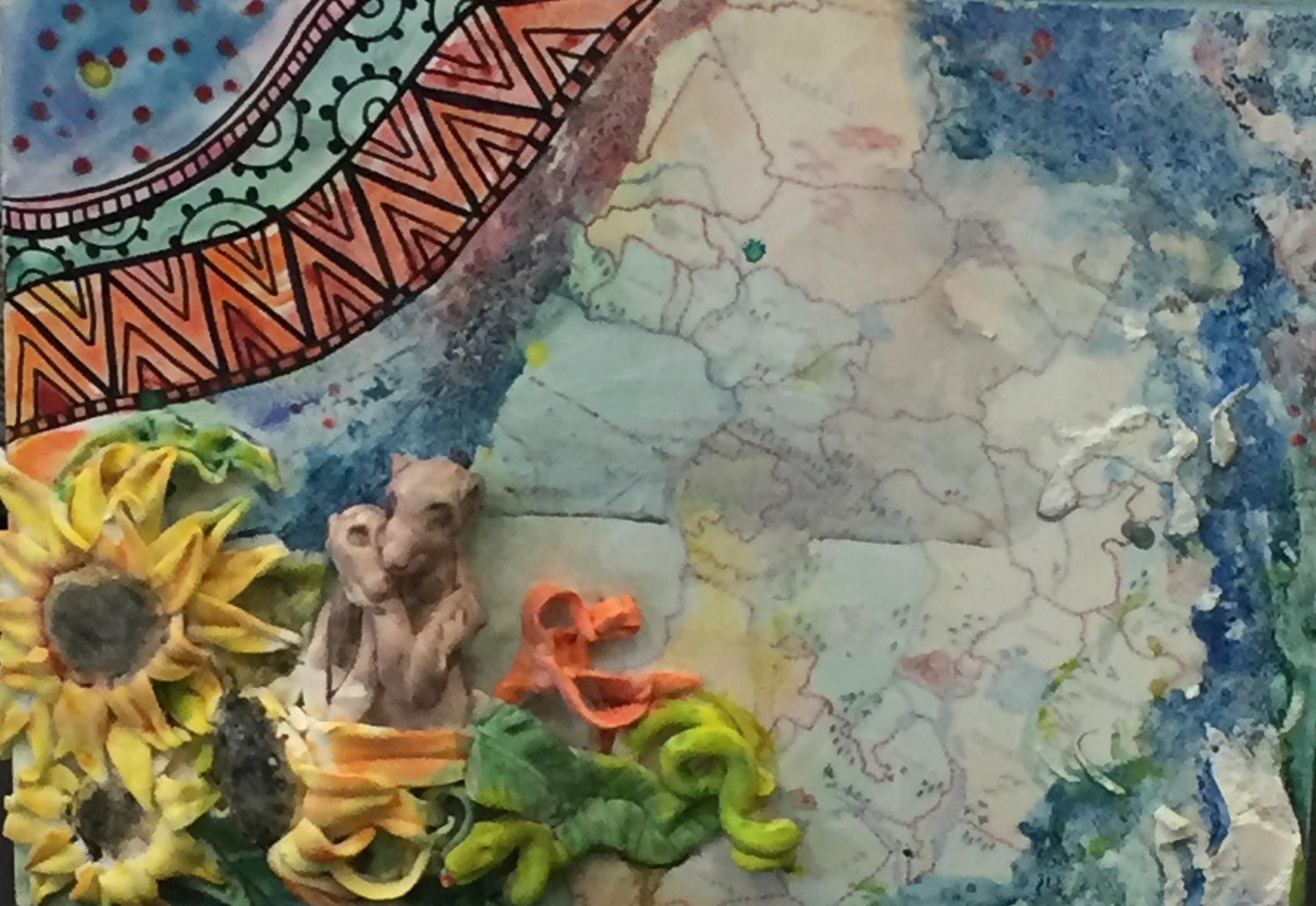 Students began working on their folktale artifacts at the start of the residency. Ms. Giacummo gave each student a composition board. She explained that the first step was to create an African pattern on their board. She talked about patterns in African art and textiles. The group brainstormed different patterns. Some students used their initials as a pattern. The teaching artist showed pattern examples in the book Mufaro’s Beautiful Daughters, an African folktale by John Steptoe. Throughout the project, the artist and teachers referred to African culture and nature in the book to inspire the student artwork. “When it came time to paint, we mimic the technique in the book,” noted Ms. Giacummo. 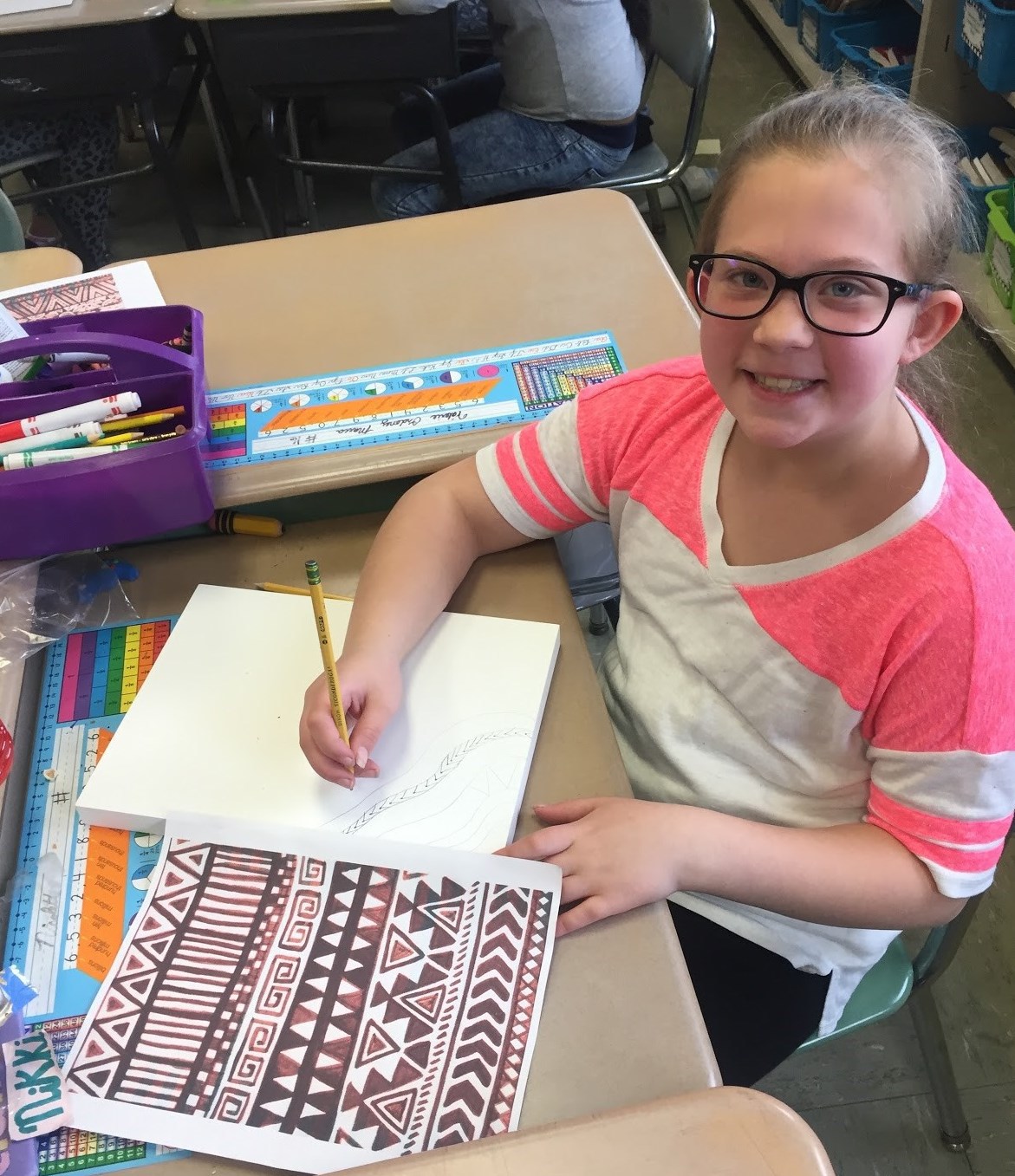 Next, the teaching artist and students discussed African geography. The students glued a map of Africa to their boards. “The maps were black and white, so they could add color later,” she explained. 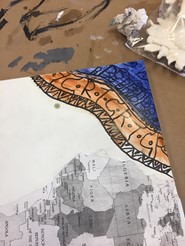 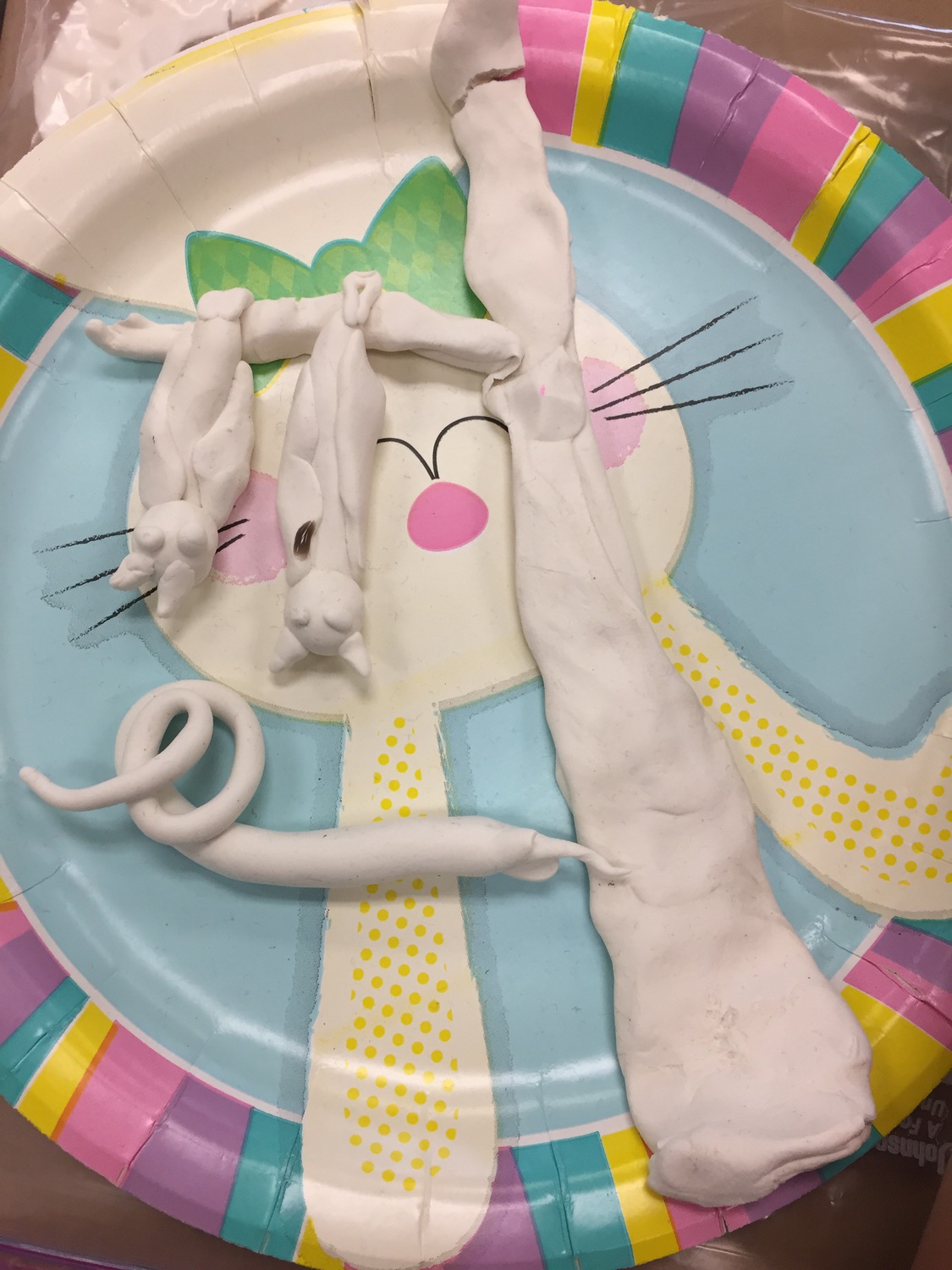 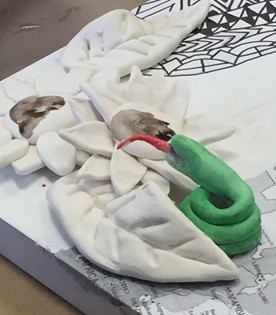 During subsequent sessions, the students created texture with mix media. For example, they were given molding clay to create animals. They talked about the bats of Africa. “We pointed out the bats in the illustrations in Mufaro’s Beautiful Daughters,” reported the Ms. Giacummo. The students made trees and put little bat families on the branches. Then they made a snake, which was an essential part of the story. 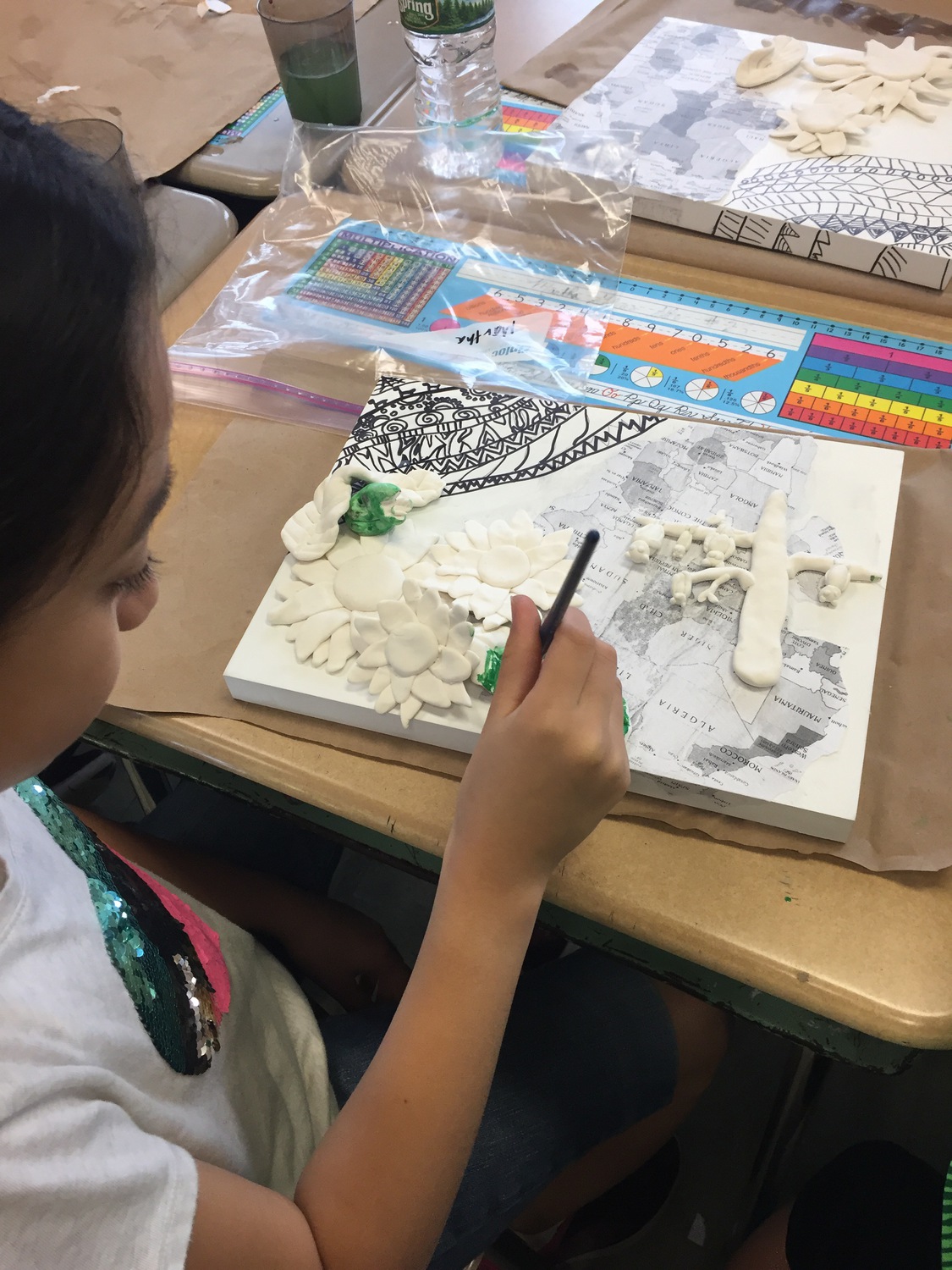 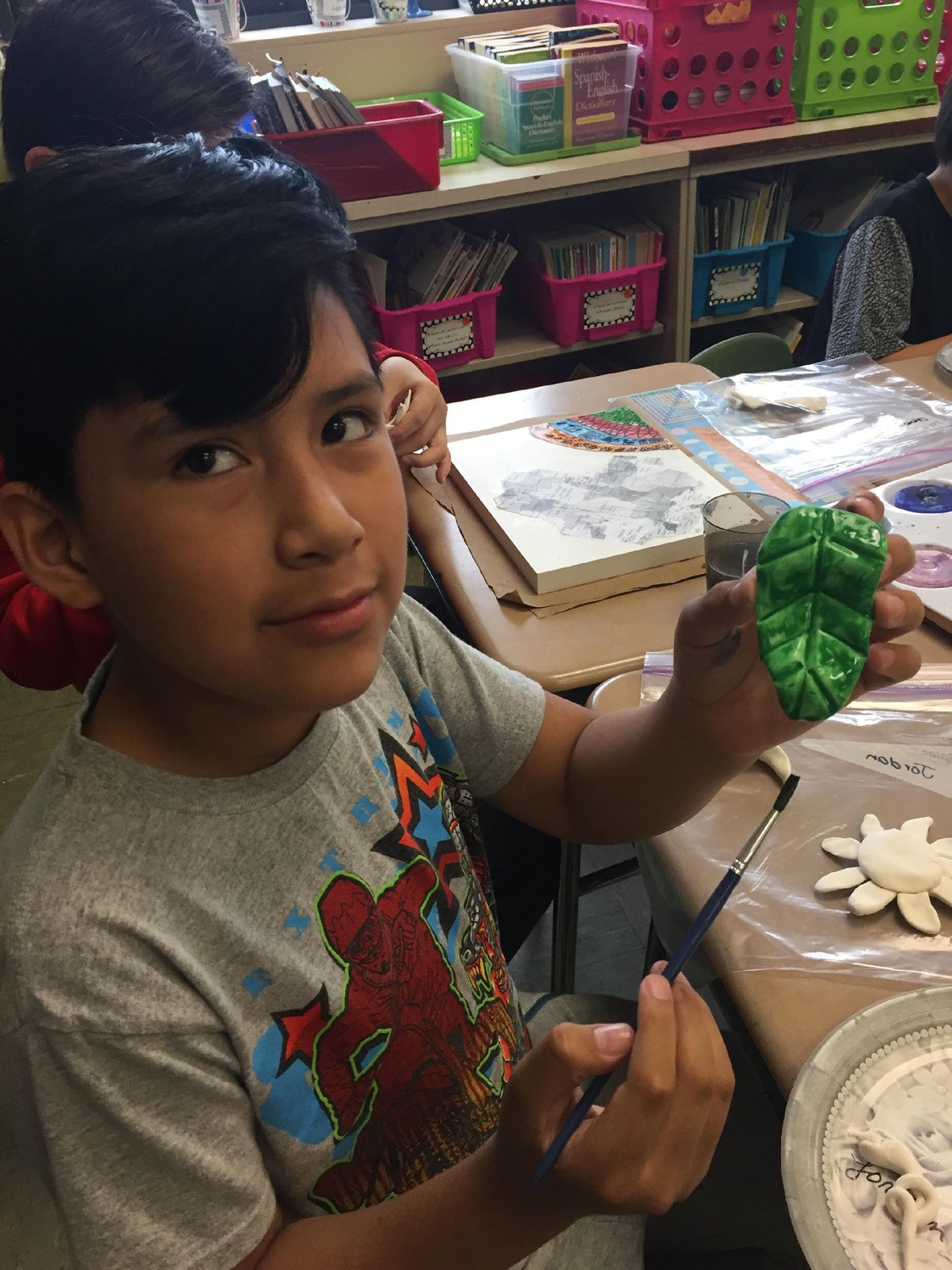 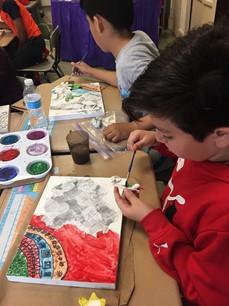 As part of the project, the students were introduced to an interactive UNICEF program. The students interacted with live videos and materials to learn about children of a similar age living in Africa. The students earned “steps” as they played the African games and learned traditional dances. The earned “steps” were applied to food packets to feed African children. 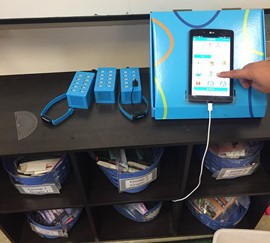 The Grade 4 teachers and students attended a performance of Mufaro’s Beautiful Daughters at the Westhampton Performing Arts Center. Following the performance, the students painted their folktale artifacts. The teaching artist focused on specific colors and how to mix them. Students were encouraged to use vibrant colors associated with the African culture and with the live performance. They adhere the animals and flowers they made. 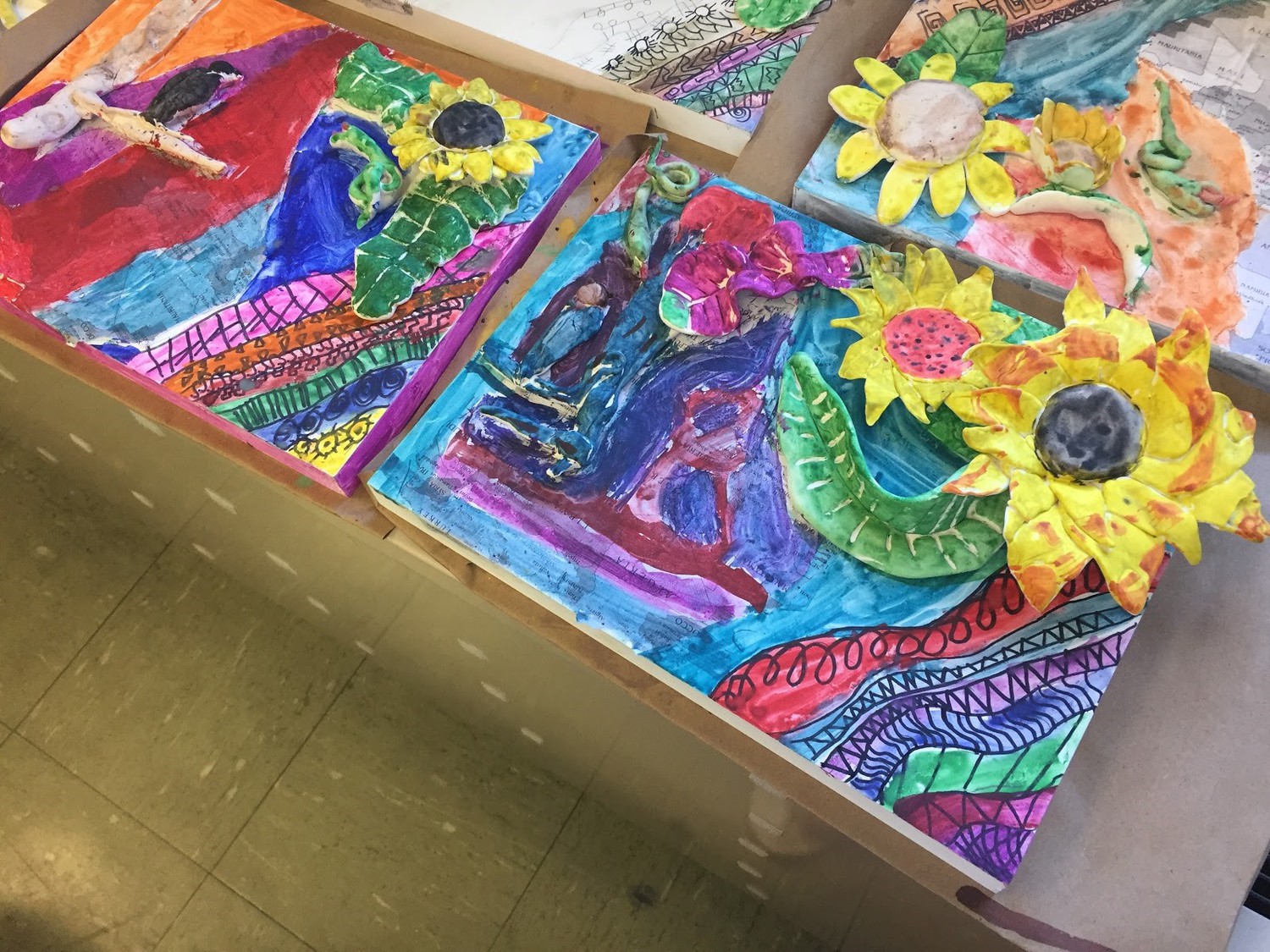 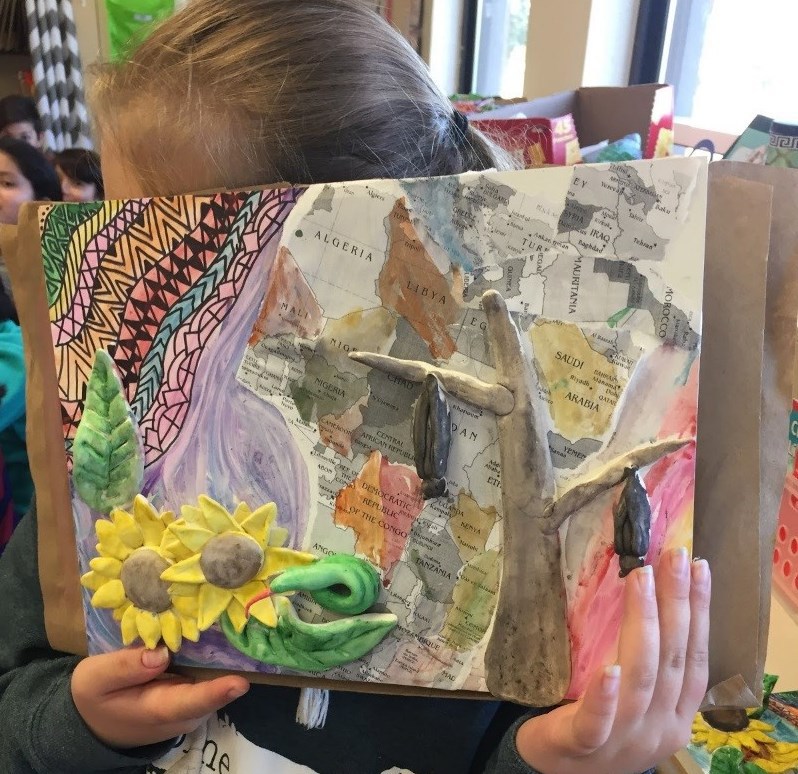 Once the folktale artifacts were completed, the students used them to write an original African folktale.