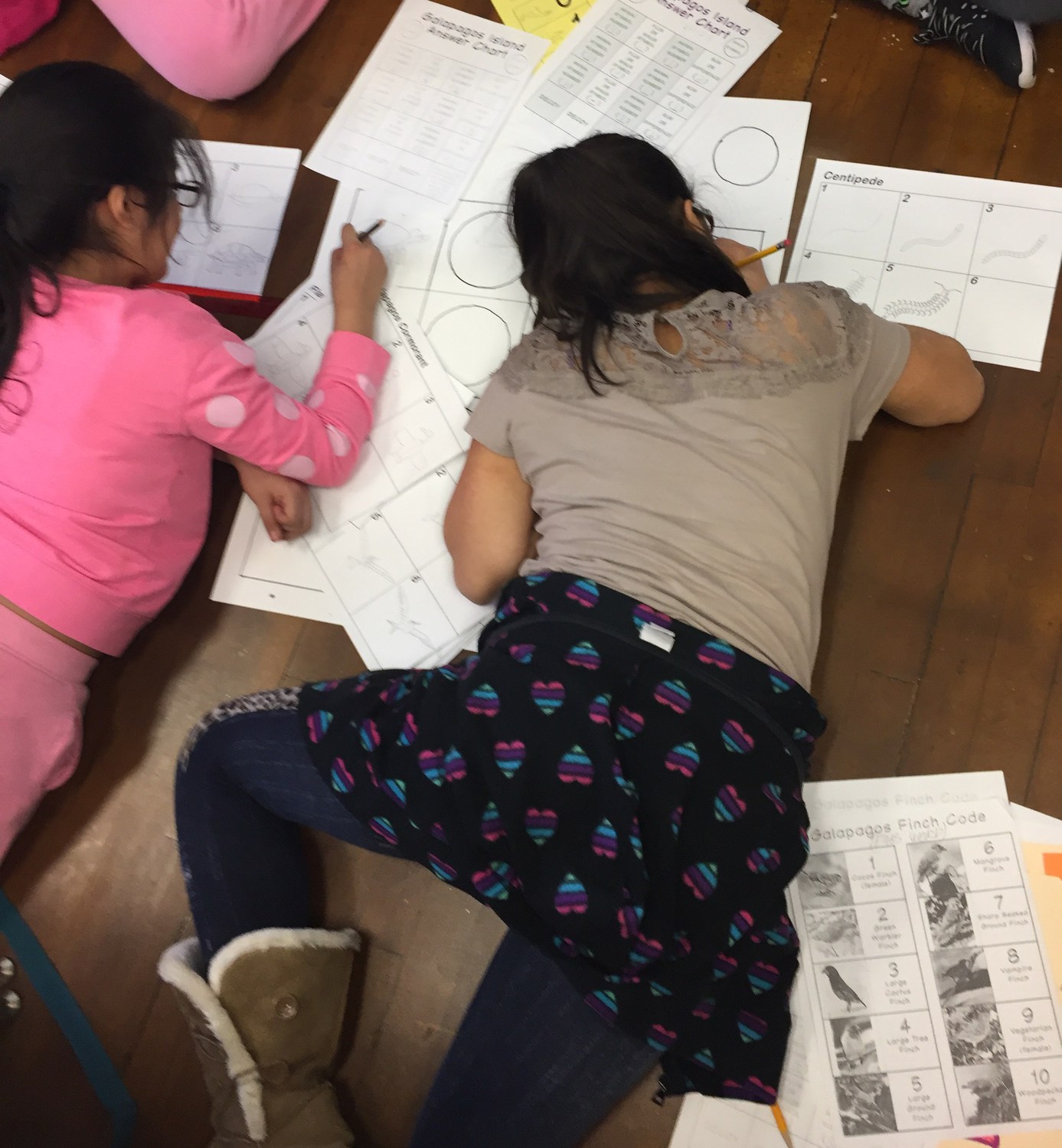 This spring teaching artist Paul Rodriguez was faced with an age-old education challenge: How does a teacher make history relevant to young children? In Patchogue Medford, fourth graders were studying the Underground Railroad. The entire grade level was scheduled to see “Freedom Train,” which tells the story of Harriet Tubman and the Underground Railroad through dance, dialog and music, at the Westhampton Beach Performing Arts Center. Mr. Rodriguez designed a project that compared the struggles of slaves in America during the 19th Century with the current struggles of the wildlife in the Galapagos Island. The STEAM project enabled students to delve deeper into the Underground Railroad, while making connections with the science and math curriculum.

To introduce the project, Mr. Rodriguez discuss Harriet Tubman and her role in the Underground Railroad with the students. He noted that some historians believe the abolitionists may have used coded quilts to communicate with the slaves traveling along the Underground Railroad to freedom. For their project, the students would create coded posters similar to the coded quilts. By solving their classmates’ coded posters, the students would discover how to help the endangered species currently living on the Galapagos Islands find a safe haven or sanctuary. 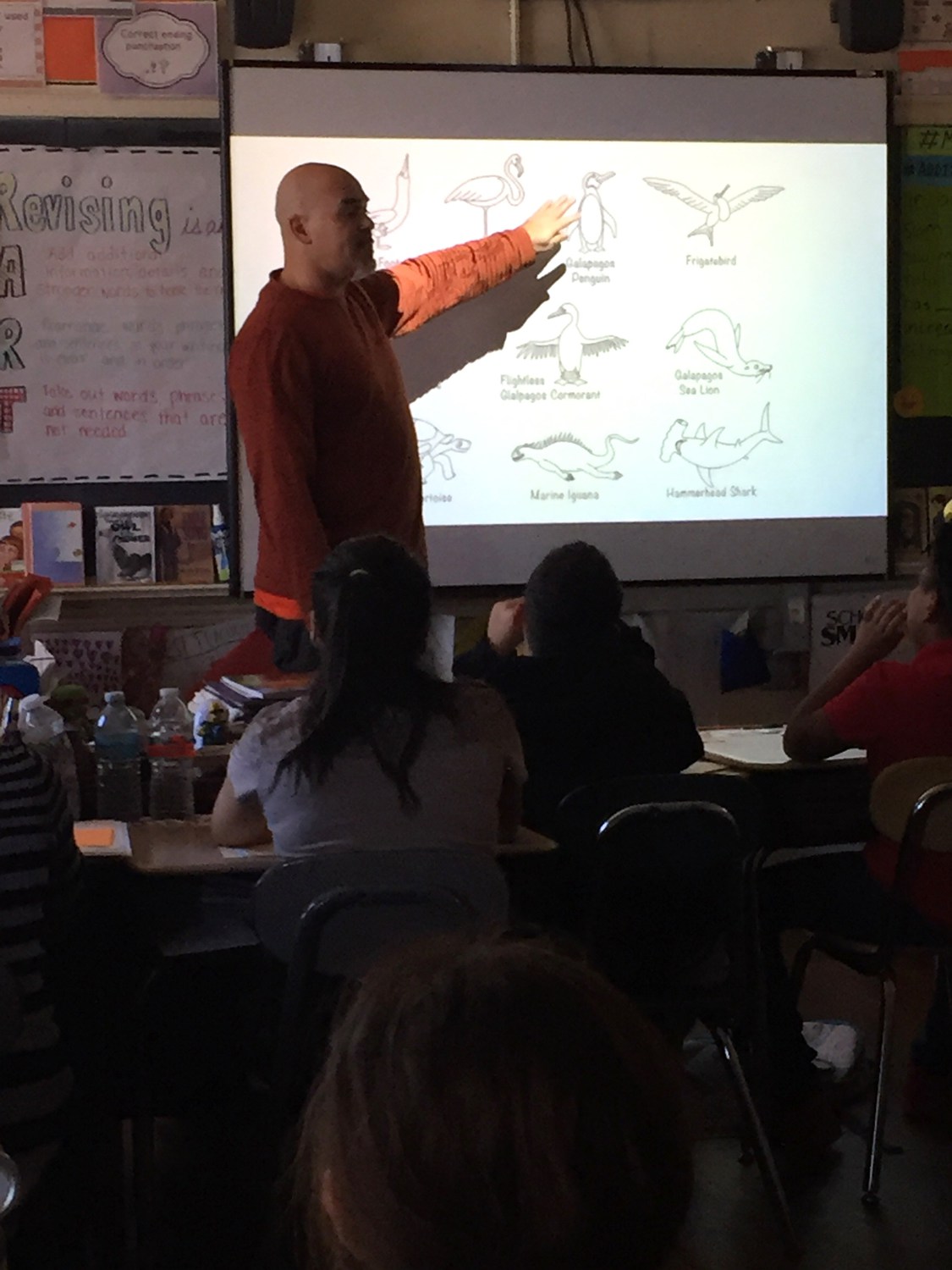 The teaching artist and students compared the slaves’ flight to freedom with the endangered species’ quest for sanctuary. Mr. Rodriguez, who’d recently traveled to the Galapagos Islands, described the Islands’ different endangered species, explaining their habitat and behavior, as well as their struggle to survive (above). In addition, he made references to the present-day struggles of refugees around the world, noting the similarities to the struggle to the slaves and endangered species.

Next, the teaching artist introduced the Safe Sea Passage, a passageway that would guide the endangered species to a sanctuary. He compared the Passage with the Underground Railroad. He explained that the students’ coded posters would provide information about the Safe Sea Passage. 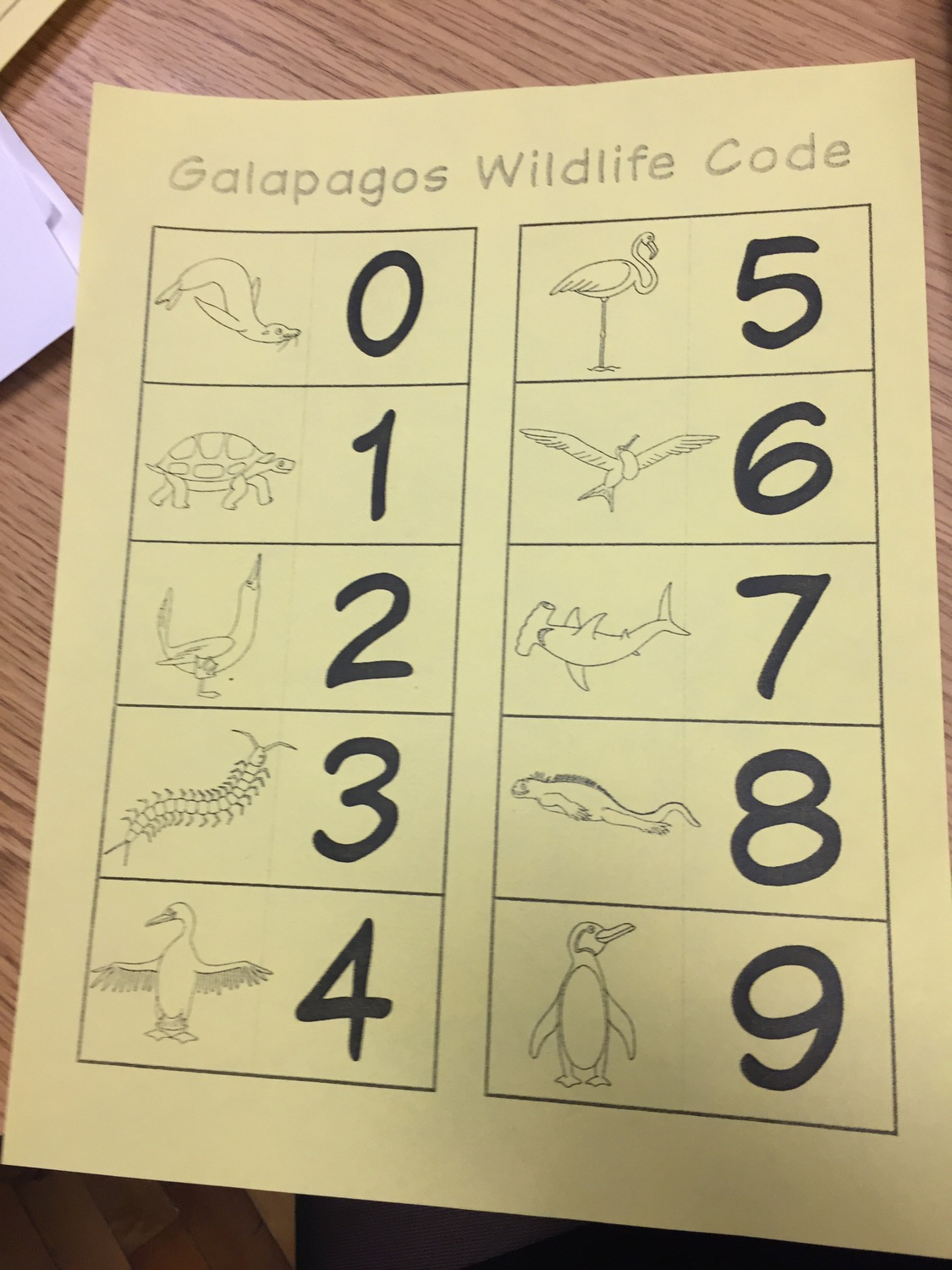 The students were placed in small groups and Mr. Rodriguez passed out folders with resources to each group. The folders contained many resources, including simple drawing techniques for 10 animals, to help students create the posters. 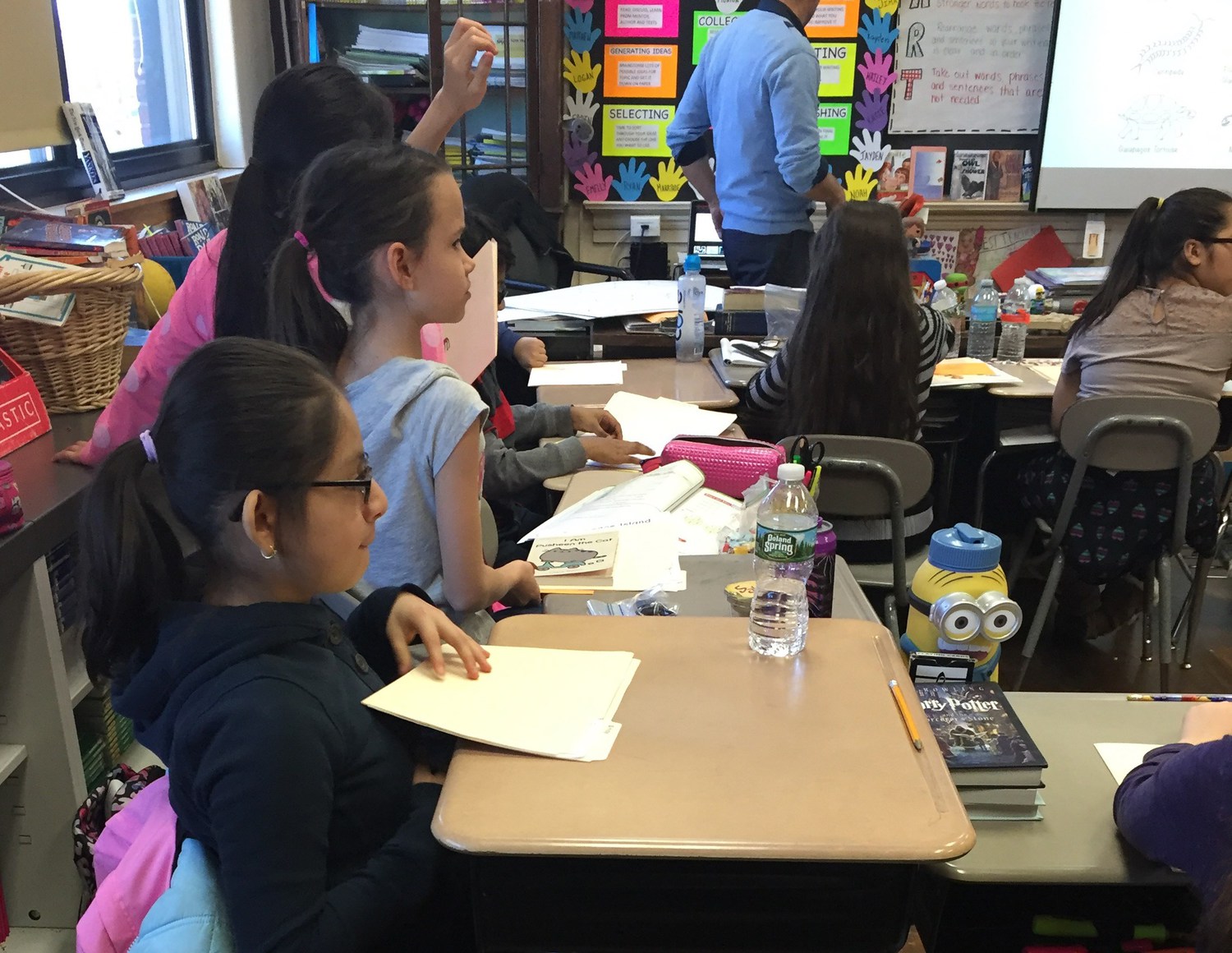 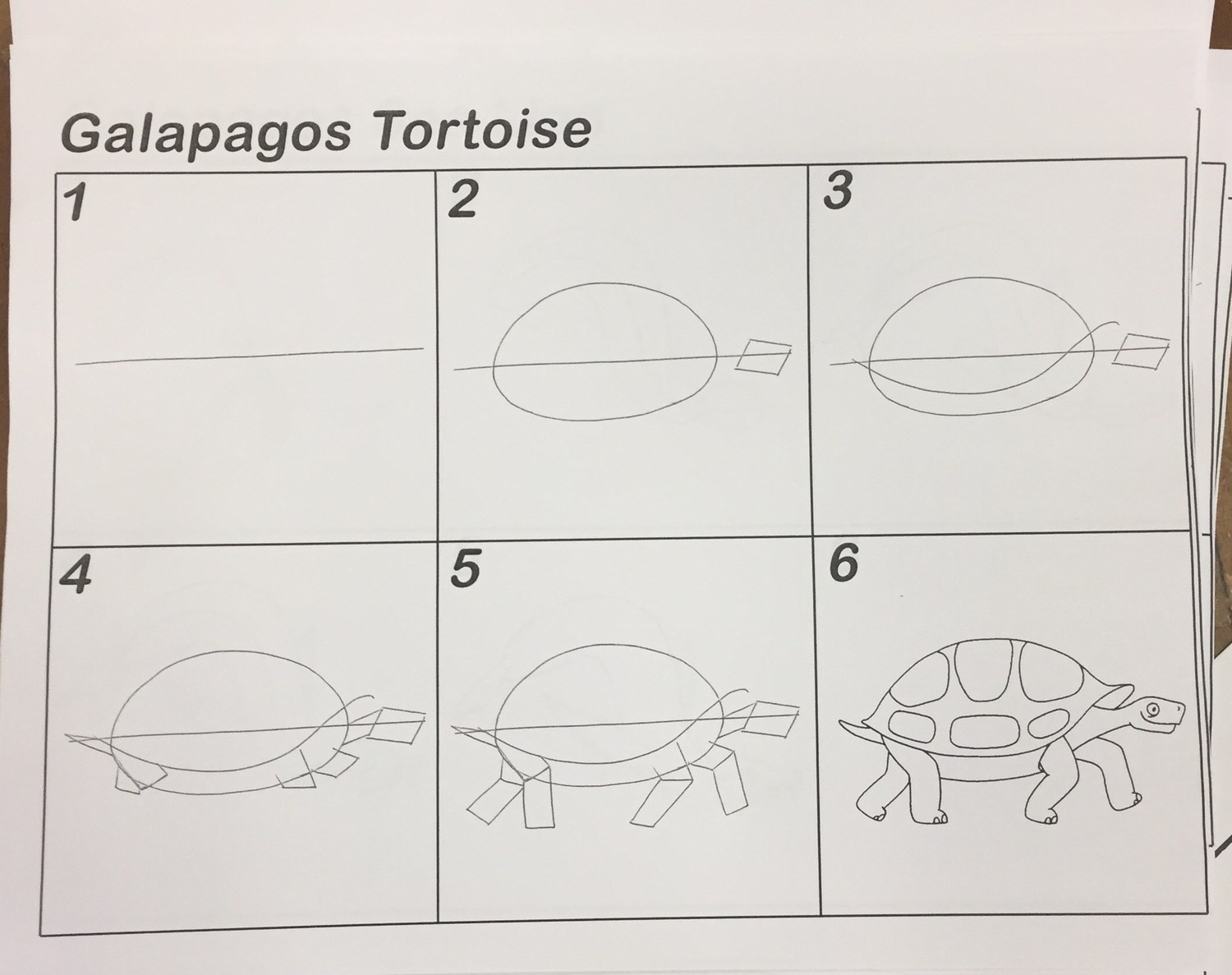 The teaching artist guided the students in the creation of a math code for their posters. The math code used animals to represent numbers. Working collaboratively, the students translated the symbols and icons into a primary equation. “When your classmates solve your math equation,” Mr. Rodriguez explained, “they will be able to help the endangered species follow the Safe Sea Passage to the sanctuary.” 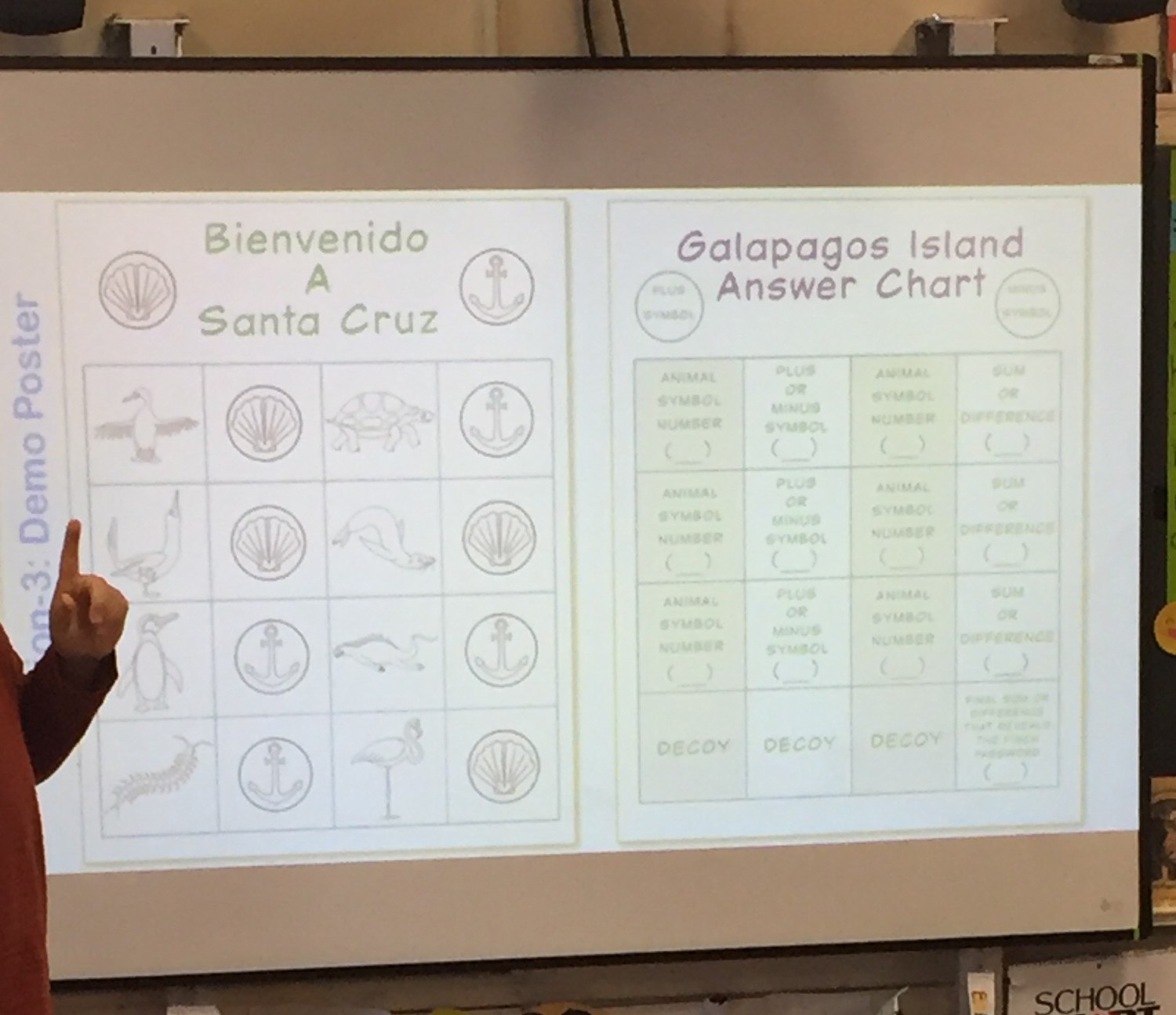 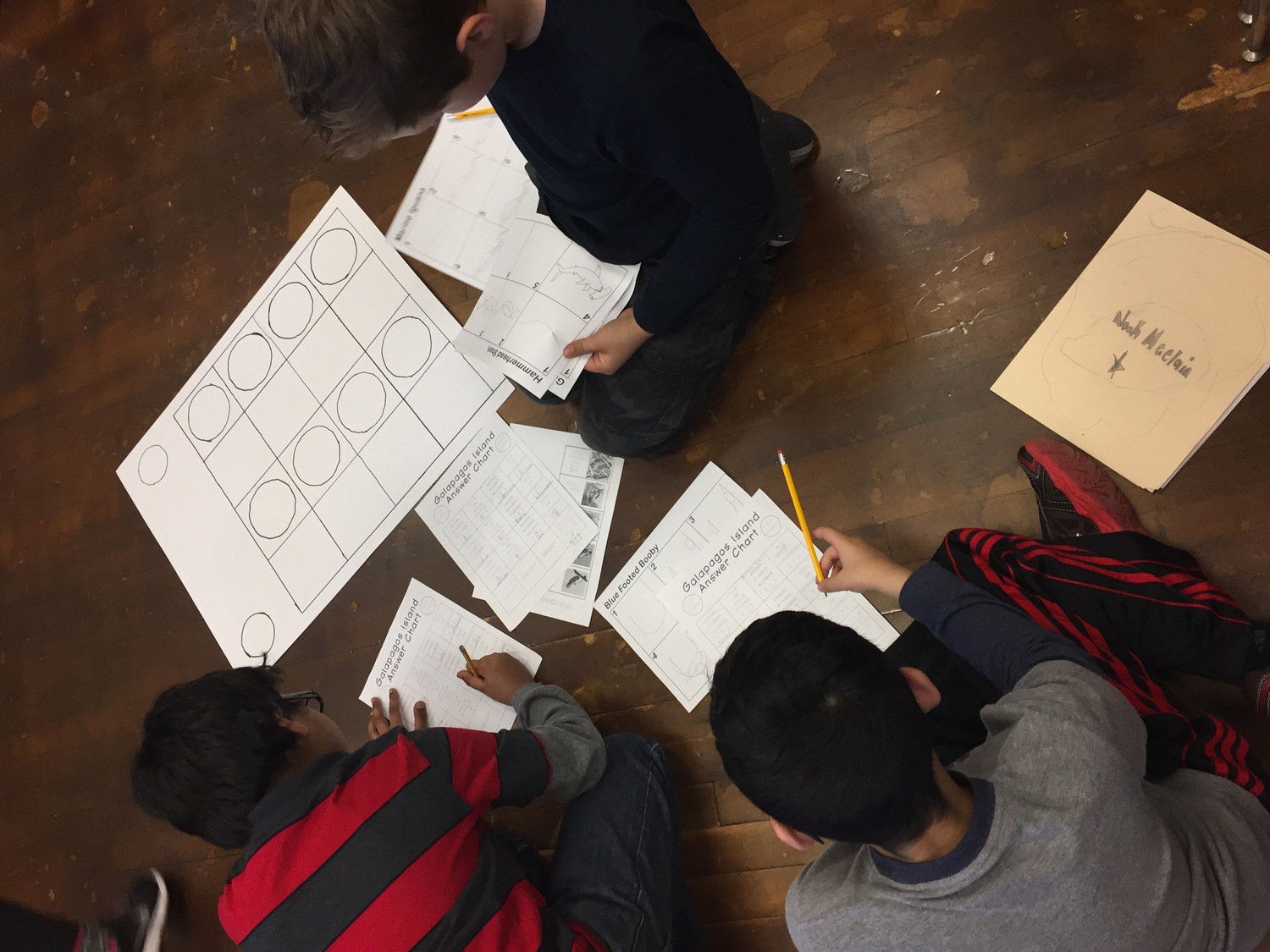 In the culminating session, students had an opportunity to solve each other’s posters. “The students were moved by the compassion of the abolitionists who aided the slaves along the Underground Railroad,” said Mr. Rodriguez. “It inspired them to want to preserve the animals currently living on the Galapagos. Just like Harriet Tubman, and other heroic people, the students came together, worked together and succeeded together.”