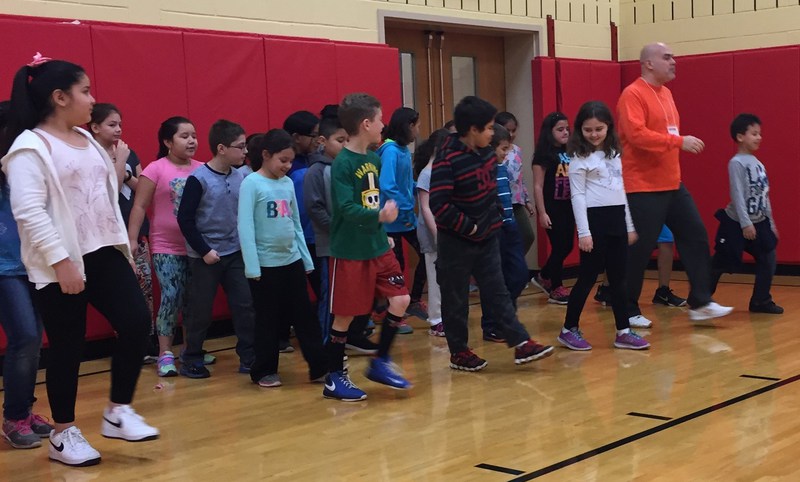 Last fall, Patchogue-Medford Grade 4 students were ask: “How can we use what we know about past and present leaders to develop our own strong character?” To help the children answer the question, their classroom teachers and teaching artist Paul Rodriguez created an arts-integrated project that focused on American Presidents and their character traits. The project’s arts component centered on the students collaborating to create a performance with spoken words and dance movements. The students' dance was inspired by famous quotes by five Presidents—George Washington, Thomas Jefferson, Abraham Lincoln, Theodore Roosevelt, and Barak Obama.

During the project’s first of five sessions, Mr. Rodriguez divided the students into five groups and assigned a President to each group. As the project’s sessions progressed, the teaching artist led group discussions about a different President, sharing images and a famous quote by the leader (see below). Each quote exemplified a particular character trait of the President.

Session One: Diplomacy and Compromise – “Observe good faith and justice toward all nations. Cultivate peace and harmony with all.” ~ George Washington

Session Two: Honesty and Trust-worthiness – “Honesty is the first chapter in the book of wisdom.” ~ Thomas Jefferson

Session Five: Understanding and Confidence – “Change will not come if we wait for some other person or some other time. We are the ones we've been waiting for. We are the change that we seek.” ~ Barak Obama

For example, Session One focused on George Washington. “Today, I’ll be working with the George Washington group,” explained Mr. Rodriguez. “The rest of you will be following along.” He shared visuals, such as the signing of The Constitution, to help the students brainstorm ideas. The students and the teaching artist discussed the concepts of democracy, diplomacy and compromise. Mr. Rodriguez offered real-life examples, such as video games and baseball cards, to help the students relate to the concepts. Mr. Rodriguez emphasized that diplomacy and compromise were important skills to have as adults. The students, who were following the 2016 Presidential Election at the time, had strong feelings about these concepts. 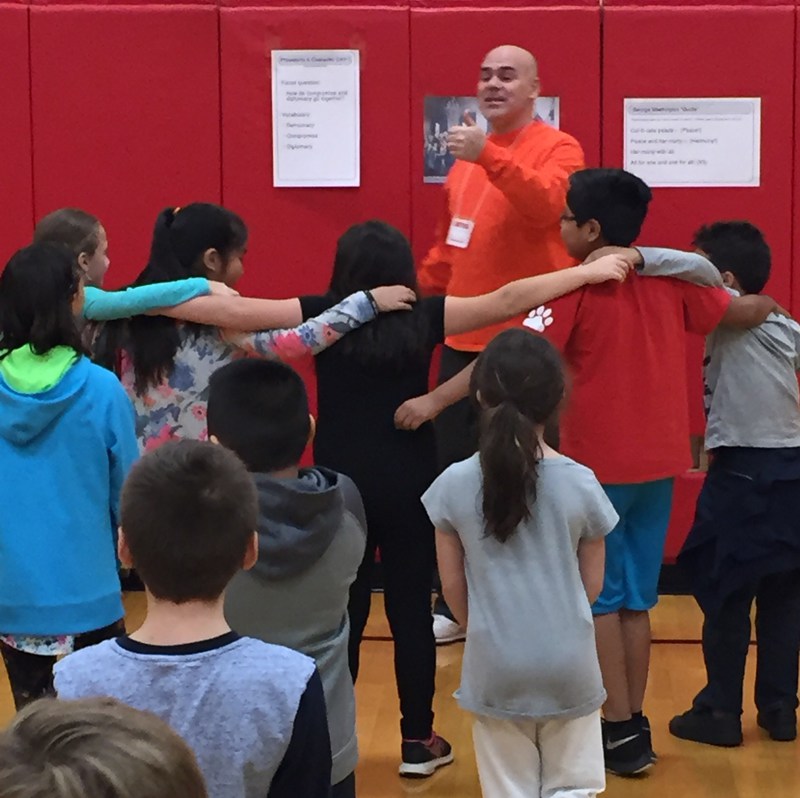 After the group discussion, Mr. Rodriguez rehearsed the Washington quote with the students and helped the target group with their movements. He guided the students through a series of movements and gestures to dramatize the quote. “The supporting groups joined along,” he noted. The classroom teachers also joined in the fun (below). 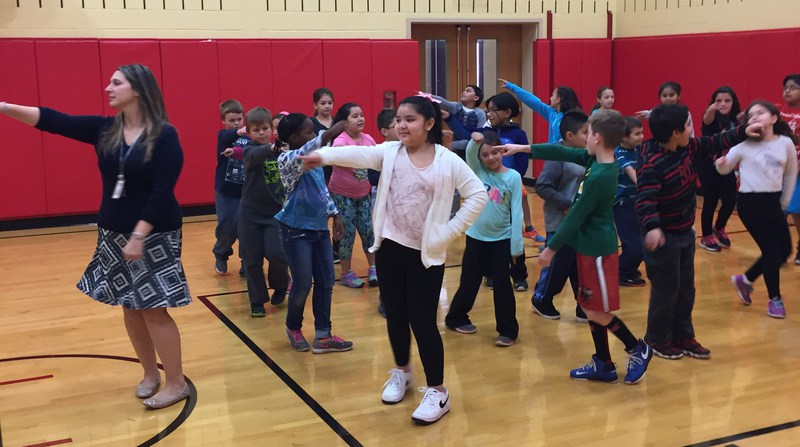 When the teaching artist and students had explored all five Presidents—discussing the President’s character, reciting and dramatizing the leader’s quote, and rehearsing—the five groups came together to perform The Presidents’ Dance. For this culminating activity, the students wore simple costumes and performed for other students and parents. By the end of the residency, the children learned how to apply the leadership skills of the Presidents to their everyday life. 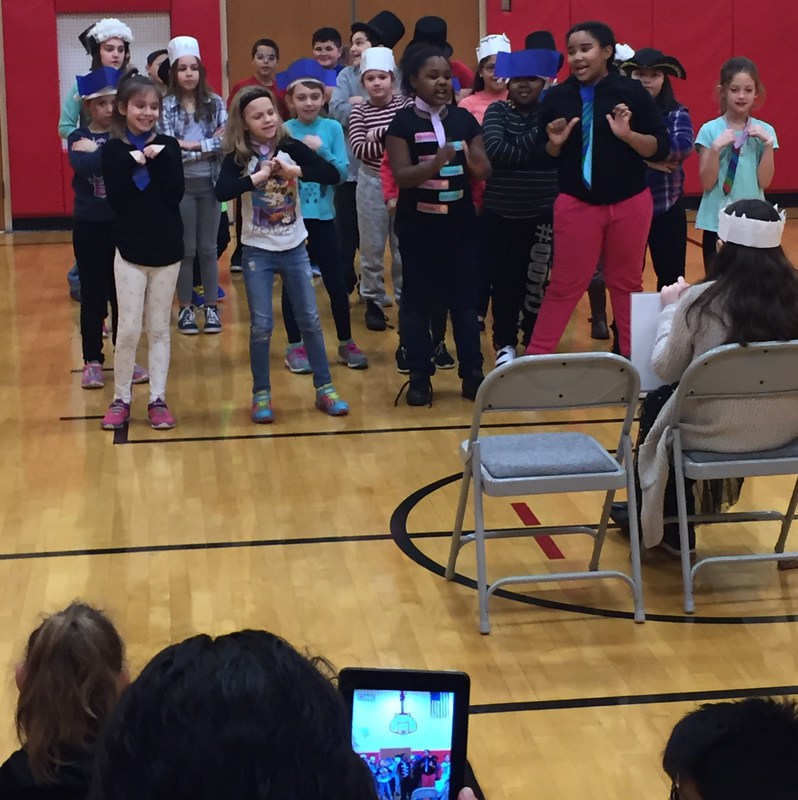 The project was not only a fun experience, but gave the students a sense of pride and empowerment. Said one teacher: “Mr. Rodriguez did a great job getting my class excited to learn the song and dance. I was impressed at how well the students grasped the concepts and worked together. Even my students who are usually shy/quiet jumped right in. They were talking about it all week and couldn’t wait to work with him again. We thank Mr. Rodriguez for making character come to life!”