South Huntington Grade 4 teachers recently collaborated with teaching artist Paul Rodriguez for a project about legends. Specifically, the teachers wanted to breathe life into both learning about the story elements of a legend as well as creating original legends to reinforce writing skills. With these goals in mind, Mr. Rodriguez designed an engaging residency incorporating storyboarding and presentation techniques. 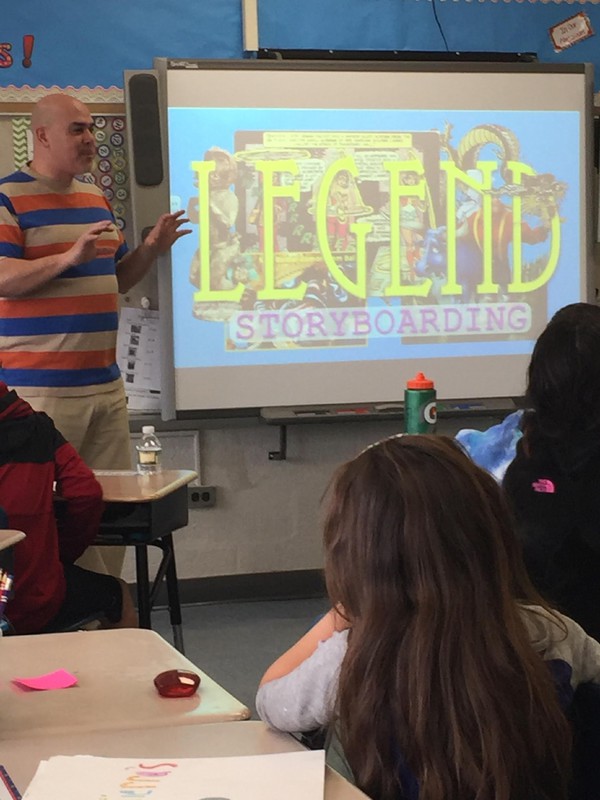 “Each week I brought my own storyboard into the classroom,” explains Mr. Rodriguez. “Before telling the students the story I made up, I had them spontaneously make up their own story based on the pictures. Because both stories—mine and the students--were based on the same pictures, the stories were always very similar.” Those weekly examples (below) helped the students when it was time to create their original storyboards, and eventually, when they presented their legends. “The sessions also helped visual learners make connections between using written words to tell a story and using pictures to help them find words to write a story.” 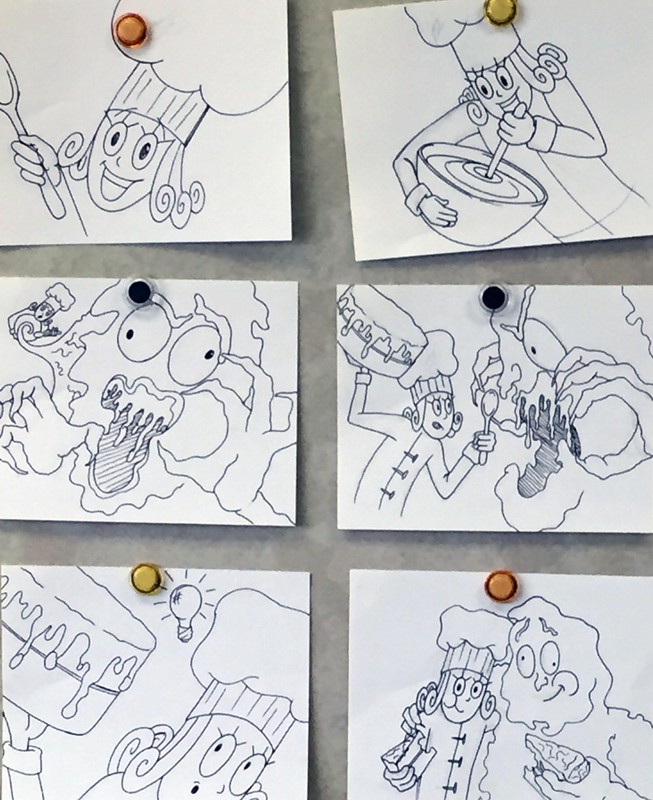 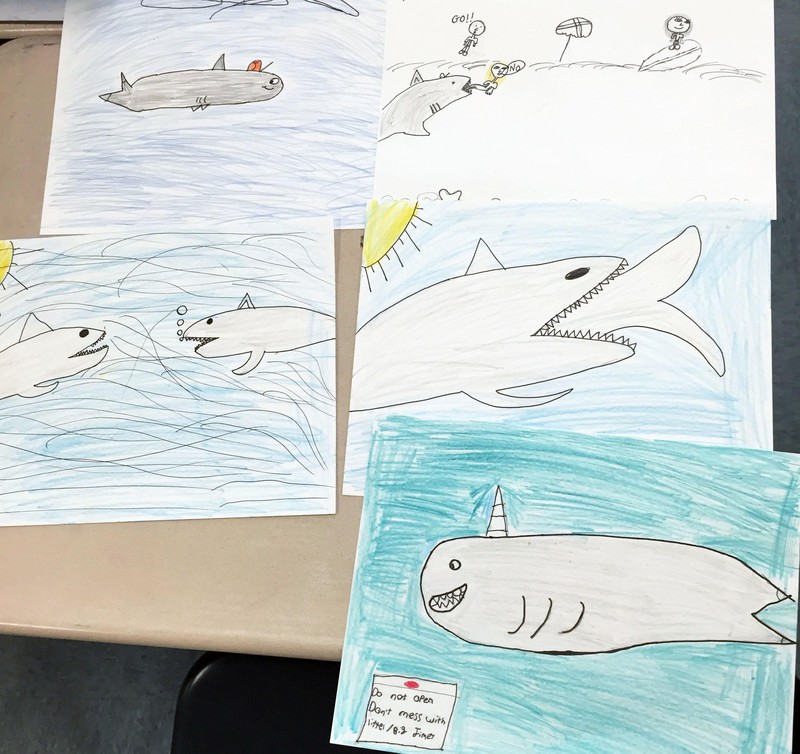 To help the students to prepare their own storyboards, Mr. Rodriguez once again used his storyboard examples to review the elements of a good story. He asked the class, “What makes a good story?” The class told him good stories contained action, suspense and laughter. He also discussed other story devices, such as plot twists and irony, as well emphasized the importance of the rough draft.

Working in their small groups, the students laid out their storyboard’s drawings in sequence and began to create a script. Mr. Rodriguez provided the class with a handout that included key questions and transitional phrases (ie, as a result of, once upon a time, every day, until one day, because of that, until finally, the moral of the story is). 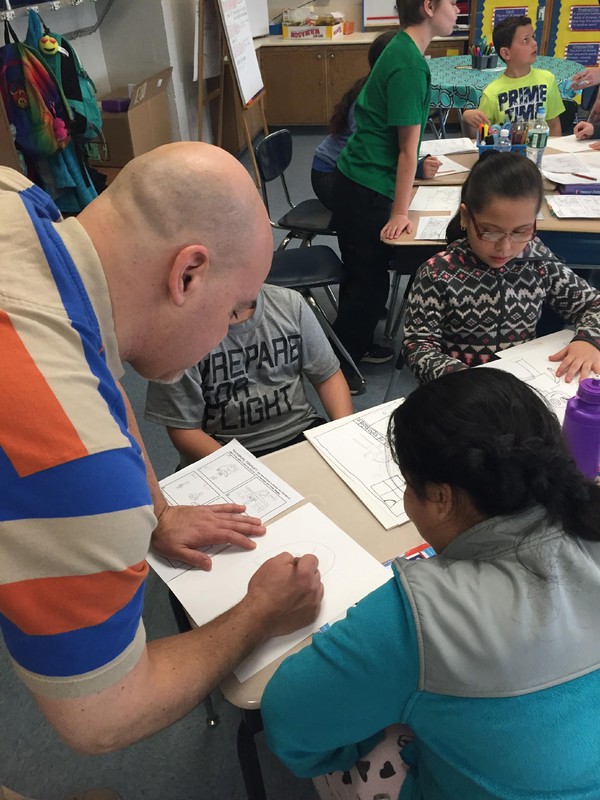 Once their storyboards were scripted, the students in each group prepared for their presentation by memorizing their parts using their pictures as visual clues. The teaching artist reviewed a variety of basic presentation skills, such as introducing yourself, announcing the legend’s title, standing tall and proud, speaking loudly and clearly, using visual aids, and more. He then modeled these presentation techniques along with video examples of how movie directors from Pixar present their stories during the creative process.

Inspired by the examples they saw and their excitement for the project, many students put in the extra effort to perform character voices and sound effects during their presentations. Afterwards, the performers and classmates reflected on the presentations. Classmates offered positive feedback and the student-performers suggested things they could improve, such as, “I have to work on my bunny voice.”