Broadway’s wildly successful “Hamilton” has demonstrated how palpable history can be when it’s taken from the textbook pages and performed by living, breathing human beings. Patchogue-Medford Grade 5 teachers collaborated with teaching artist Paul Rodriguez to integrate the arts into their study of the American Revolution and make it more meaningful to students. Specifically, Mr. Rodriguez engaged the fifth graders in dance and poetry to explore the historic period’s relevance to the students’ lives today. 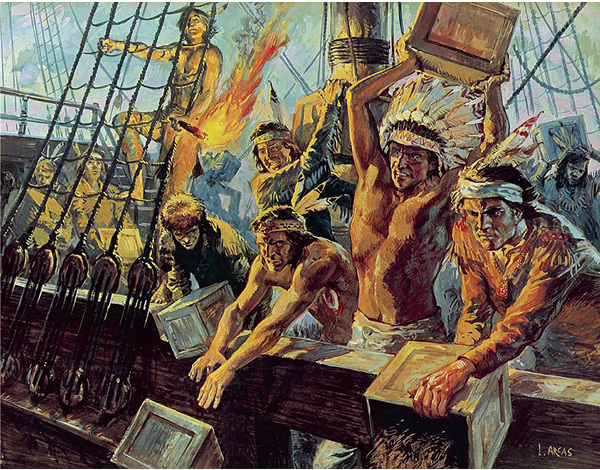 For each of the residency’s four sessions, Mr. Rodriguez and the students looked at a specific event during the revolutionary period. The group began with the Boston Tea Party (above), followed by Paul Reeve’s ride and the “shot heard around the world,” and ending with the Battle at Yorktown. “We discussed the causes and effects of each event from a historical point of view and in terms of how present day military engagements affect their lives,” said Mr. Rodriguez. “We also read poetry from the time period. The children were able to articulate how societal conflicts had led to the Revolution.”

The students then created a dance about the Revolution based on the key historic elements. To give the dance another educational dimension, Mr. Rodriguez supplemented his instruction with excerpts from two historical poems—“Concord Hymn” by Ralph Waldo Emerson and "Paul Revere's Ride" by Henry Wadsworth Longfellow. In addition, two original poems—“When the Fair Words Fall” and “For Freedom”—were written to compliment the lesson objectives. 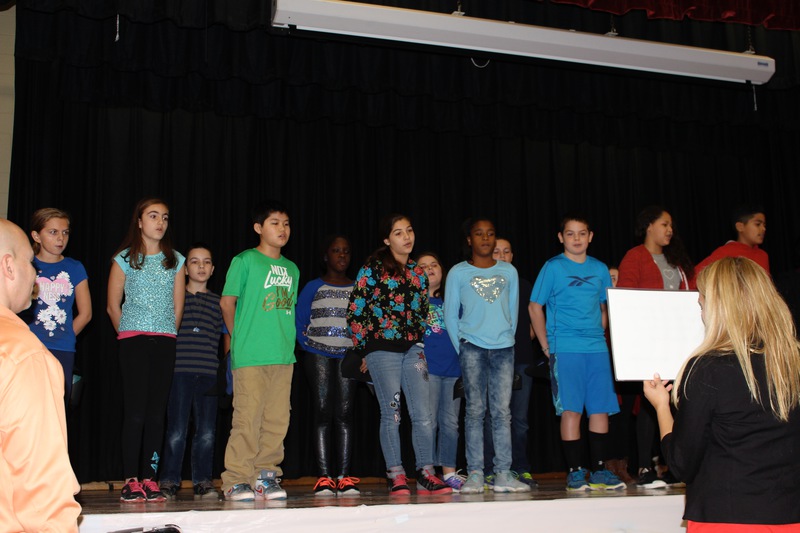 Students worked in groups and as a class to learn about choreography and how to adapt the poems as a rap. One of the key dance elements the students were taught and developed for their performances was the use of facial gestures and body language to express emotions that would help deliver the message of the choreography. To help them better understand movement and choreography, the students saw a production by PUSH Physical Theater, a professional movement company.

Each of the classes on the grade level performed their dance for parents and each other. Afterwards, they reflected on what they had learned from the residency experience as well as how their performance compared with the PUSH performance.