What makes a snake a reptile or a butterfly an insect? To help their Grade 5 students understand animal classification, including which animal attributes are unique to certain species and those that are shared, South Huntington teachers invited teaching artists Paul Rodriguez and Dafna Soltes Stein to work with the entire grade level. Ms. Soltes Stein’s residency focused on movement, while Mr. Rodriguez’s residency used scientific sketching (above) to explore animal classification. Both projects combined science with imagination to boost understanding.

For her project, Ms. Soltes Stein (below) focused on five species: fish, reptiles, mammals, insects and birds. In the warm up circles, the teaching artist and students explored animal taxonomy as it relates to functional movement across species. What do species have in common? What is distinctively different? 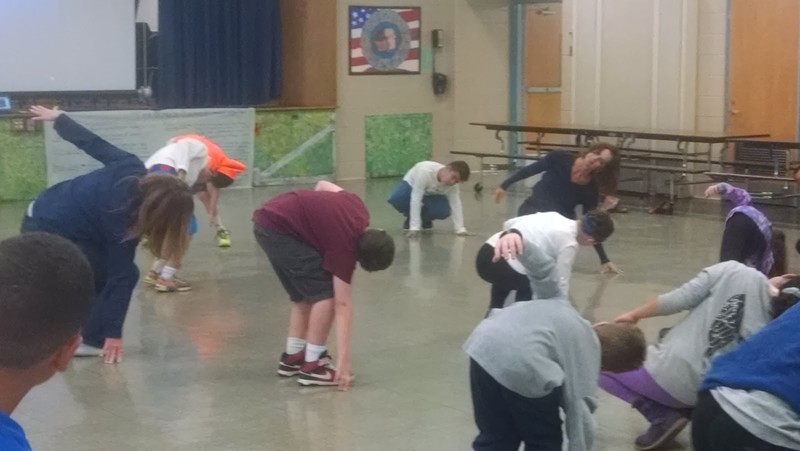 Students learned how human anatomy and movement relates to that of animals. They learned the vocabulary which describes it (below).

The fifth graders also saw a performance by the PUSH Physical Theatre. The presentation included sequences in which the performers transformed themselves into real and imaginary animals (sample below).

Ms. Soltes Stein challenged the children to use what they were learning about animal classification in the classroom as well as what they’d observed during the PUSH performance to embody different animals. “The students and I considered action verbs that described the movement of the animals.” she says.

An inclusion classroom teacher (below) joined the students in creating animal dances. 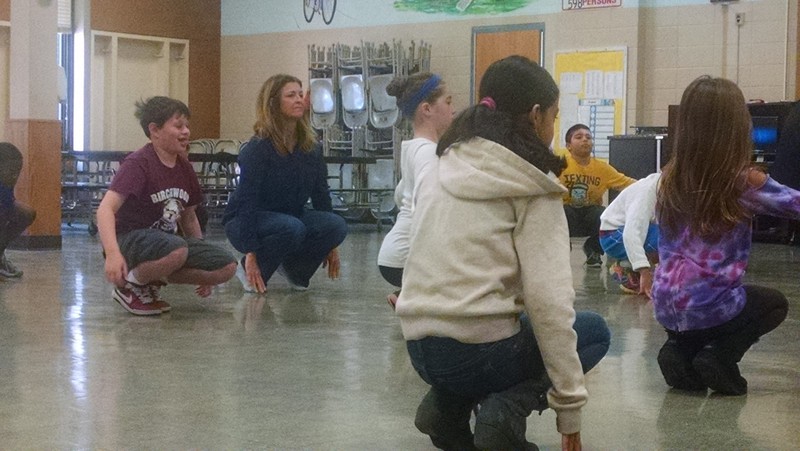 “The students created a series of dance studies inspired by animal adaptations. Some of the dancers portrayed real animals and others portrayed imaginary composite animals,” notes Ms. Soltes Stein. 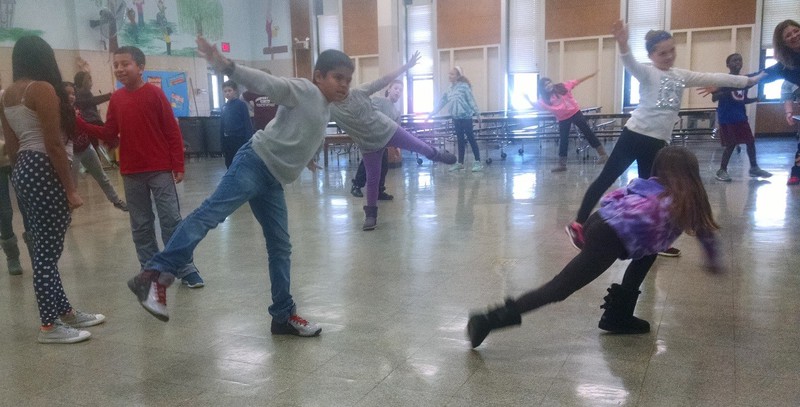 During his residency, Mr. Rodriguez (below) used scientific field sketches and the students’ imagination to teach animal behavior and classification. To explore scientific field sketching, the students were challenged to create an original “combo creature” from at least three real animals. “The only rule was that the creature had to be able to walk, fly and swim,” explains Mr. Rodriguez. 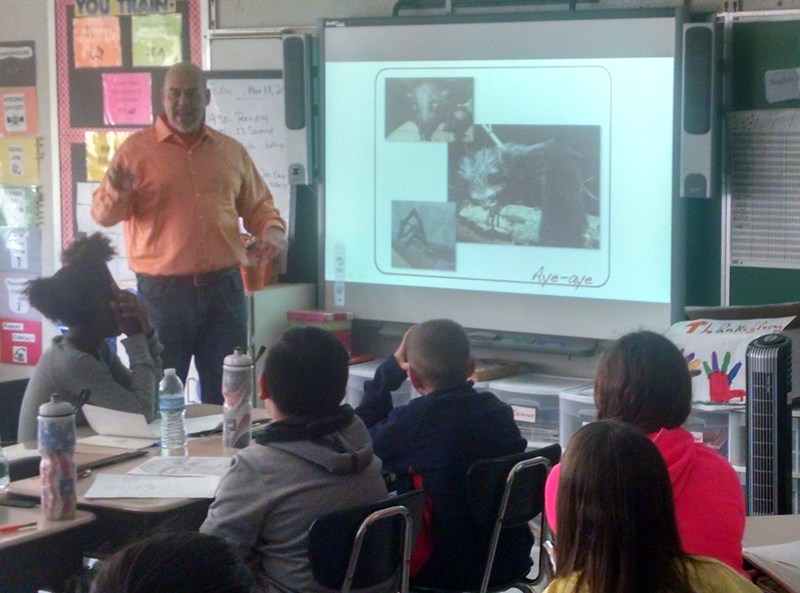 “In addition, students created and labeled an X-ray of their combo creature,” reports the teaching artist (see photo at top of the post and below). The sketches, which combined the adaptations of their different animals, helped the students to learn about animal anatomy and the behaviors responsible for animal classification. 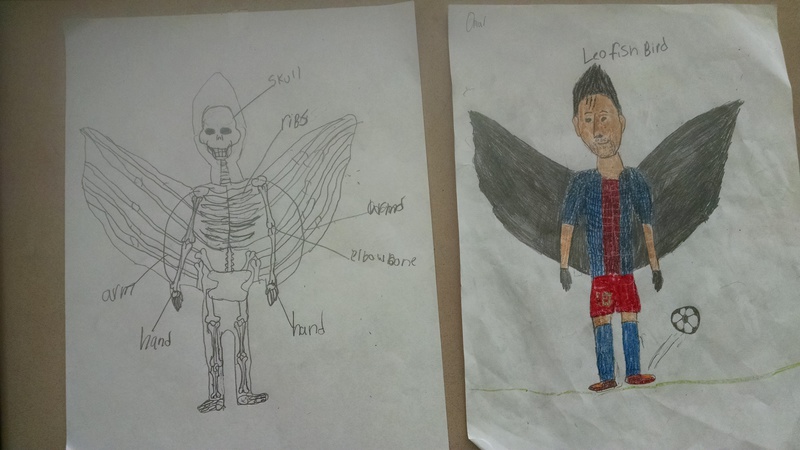 Mr. Rodriguez also used the PUSH performance to reinforce what the students were learning. After seeing PUSH, students were able to analyze their own drawings and X-rays to investigate how their “combo creatures” might move like creatures in the performance. “The students used all of the 4Cs--Creativity, Collaboration, Critical Thinking, and Communication—during this project,” notes Mr. Rodriguez. 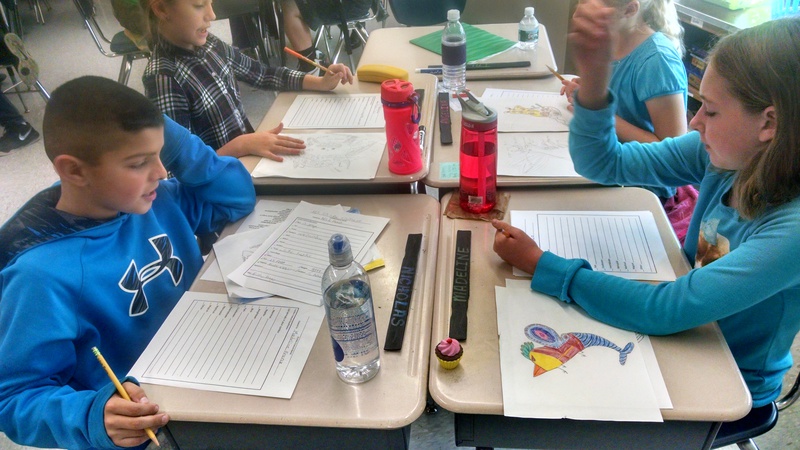