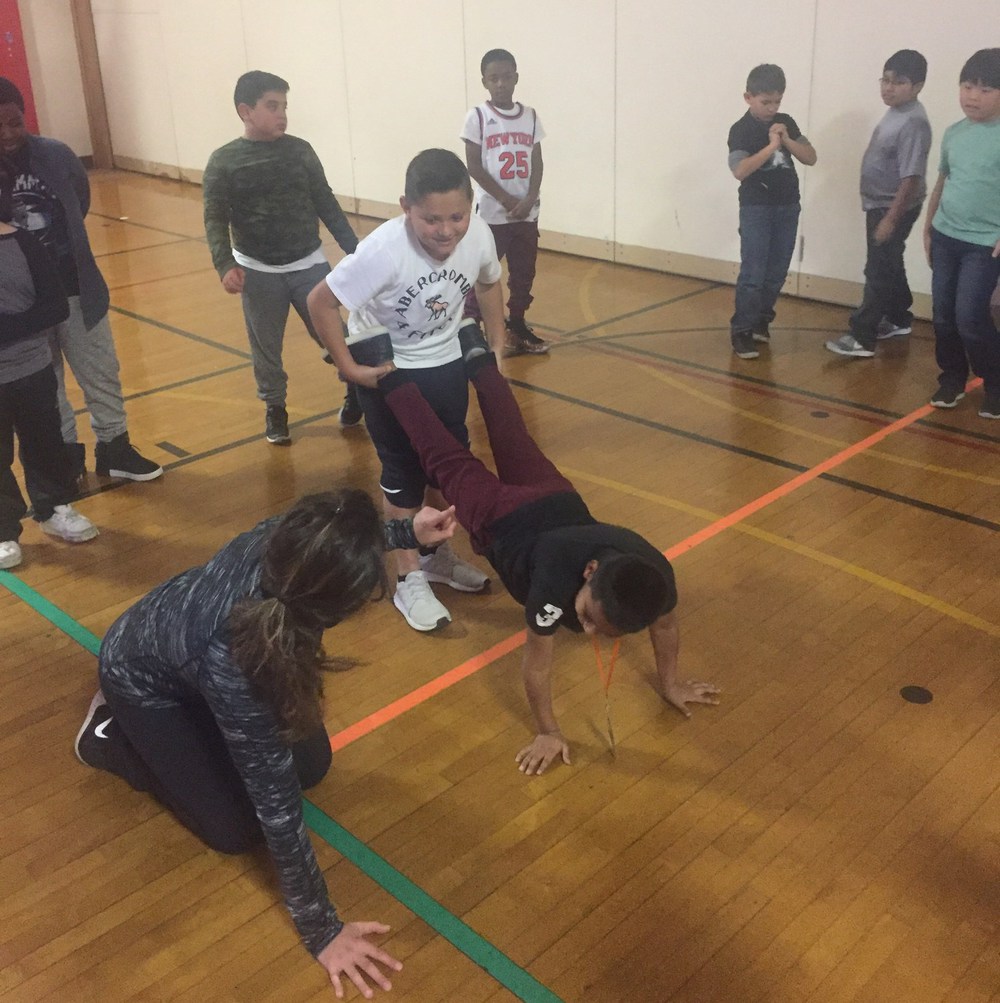 In terms of square miles, New York is the largest state in the Northeast. It’s also one of the most geographically diverse states with its gridlock island of Manhattan, its ski slopes and farm land upstate, and its plains and ocean beaches on Long Island. Every year, fourth grade teachers and students explore their unique state. Last fall, Patchogue-Medford teachers collaborated with dance and movement artist Danielle Marie Fusco (pictured above, left). Ms. Fusco reinforced the classroom lessons on geography and landscape with a project called “Dancing through New York State.”

During her residency's first session, Ms. Fusco introduced the project to the fourth graders. She explained that they would be using the medium of dance to make connections between geographic areas and what it means to live there. Each session would focused on a specific geographical aspect of the state: New York City, the mountains, bodies of water, and the plains of Long Island. 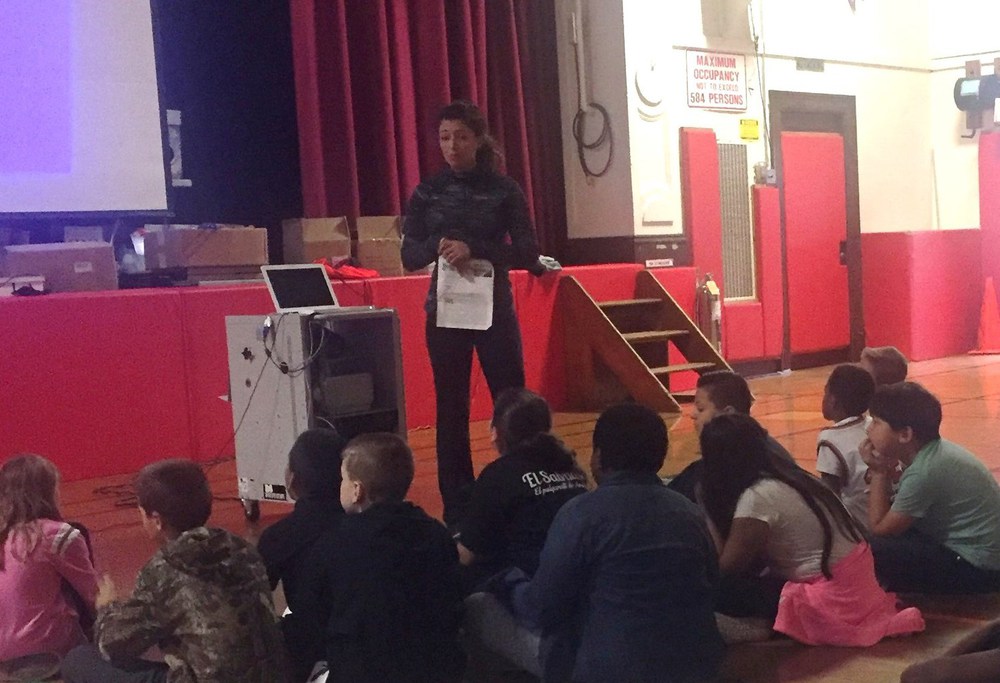 For example, in Session 4, the students were preparing to take a trip to the Long Island Museum, where they would learn about life on Long Island. Ms. Fusco began the session by showing “Ritual to Sun” performed by the Martha Graham dance troupe (below).

Afterwards, the students reflected on what they’d seen. They said the performance appeared to be about farm life. The teaching artist explained that the dancers had utilized unison and cannon, two dance movements. She also noted that the dancer’s yellow outfits were meant to represent wheat. She inquired about the spiraling movements and what they might represent. The class thought they represented water and wind. She pointed out that the open plains and farmland encouraged wind.

Next, the teaching artist and students considered various farm activities. Ms. Fusco noted that to complete most chores on the farm, people have to work together. She told them they would be building a story together. Ms. Fusco directs them to form a circle. She asked: “How does a plant become food?” Together, Ms. Fusco and the class broke down the explanation into three sections; seed, hydration/light and growth. 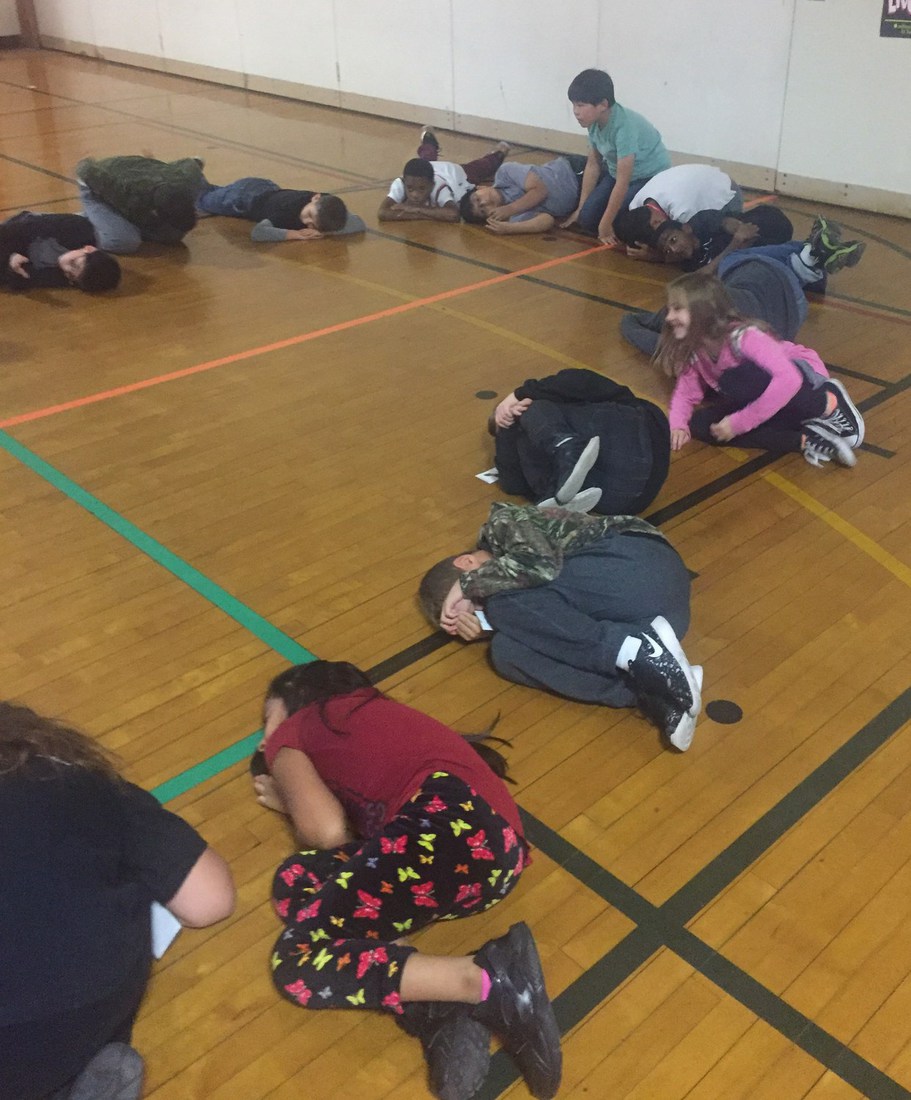 Through a series of questions and answers, Ms. Fusco led the class through movements depicting the chores necessary to grow food, such as raking and wheeling a wheelbarrow (photo at top of this post) as well as a seed's (photo above) transforming into a plant (photos below). This activity, she explained, showed how a story can be told with body movements. 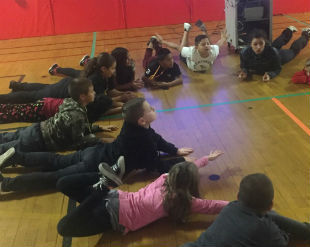 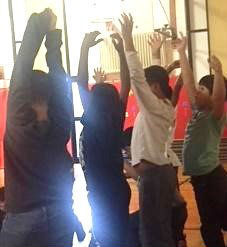 During the final session, the students shared their completed stories through movement. Here’s a video summary of the amazing work done by the students…