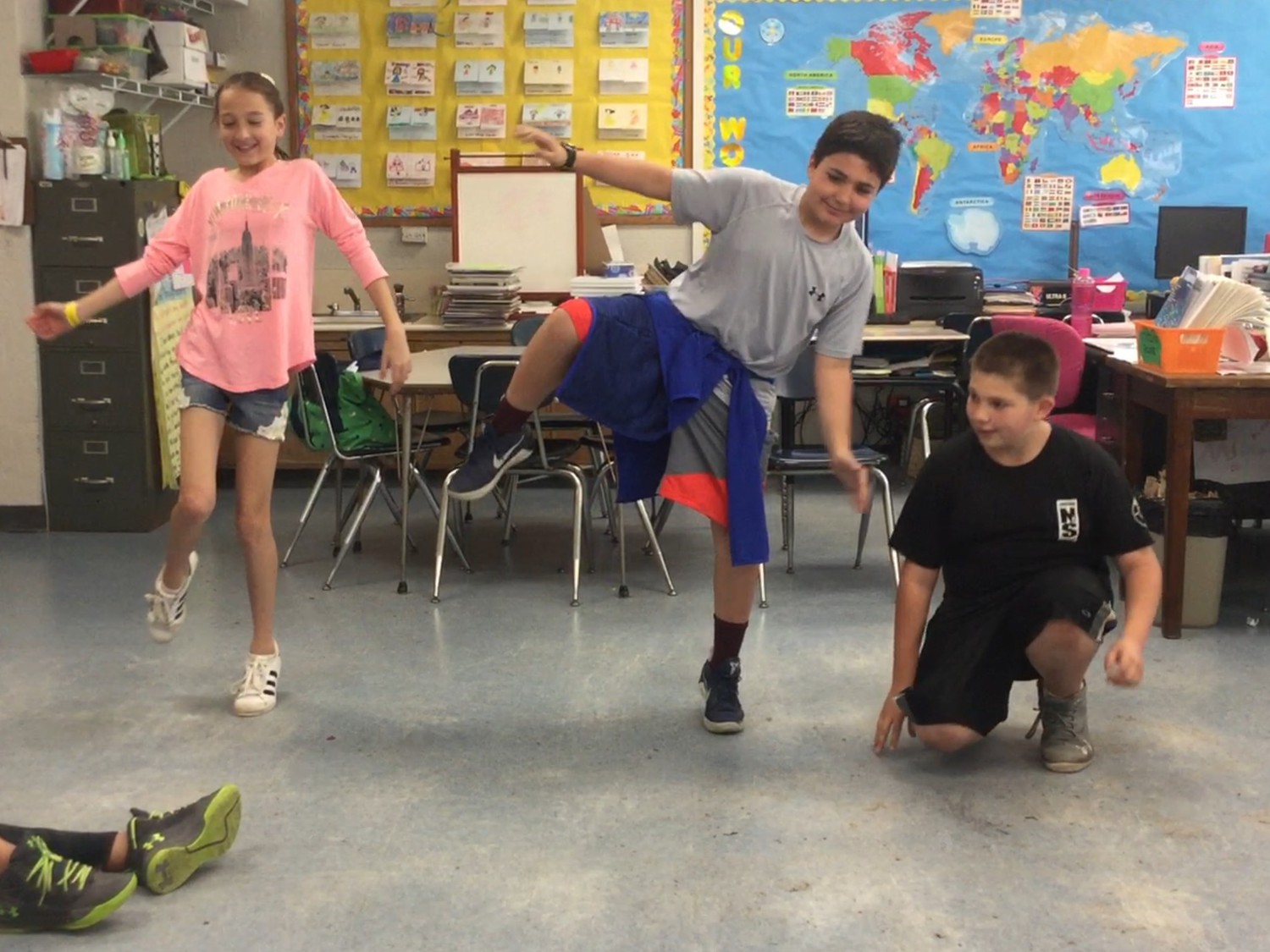 Last spring, South Huntington Grade 5 teachers invited dance artist Kendra Mace Clark to work with their students. The students were studying figurative language in the classroom and preparing to see “Sticks and Stones,” a theatrical production with an anti-bullying message written by Lyle Cogen. The teaching artist designed a dance-making project that would explore the question: How does a writer use figurative language (a tool of the author’s craft) and a choreographer use energy, time and space (tools of a choreographer’s craft) to express the theme of standing up for oneself? Ms. Mace Clark's goal was to support what the students were learning about figurative language in the classroom as well as reinforce the anti-bullying and empowerment messages themes explored in “Sticks and Stones.”

During the first session, the teaching artist explained the project, emphasizing that both writing and dance utilize language. Here’s the artist's video explanation…

Each of the residency’s sessions began with a warm up activity. In Session 1, for example, Ms. Mace Clark employed the choreographer’s craft, directing the children to use a particular energy (ie, swing, collapsing, sustain, vibratory, percussive and suspend) and tempo and/or space. 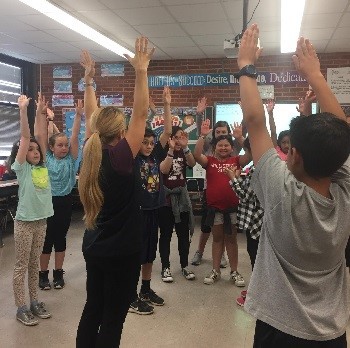 Next, the artist and students considered the lyrics in the song “Roar” by Katy Perry. The song, which is about standing up for oneself, includes several examples of figurative language. For this and the subsequent sessions, a different line of the song was explored, exemplifying a different figurative language (ie, similes, metaphor, alliteration, onomatopoeia). The teaching artist demonstrated movements that expressed the lyrics. Afterwards, the students practiced and performed the movements. The students were given workbooks to record the movements they did in each sessions. 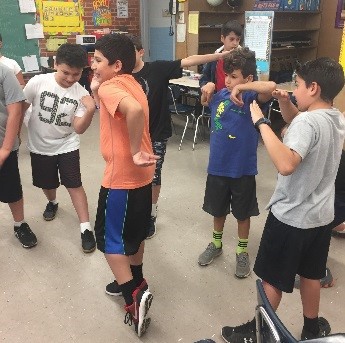 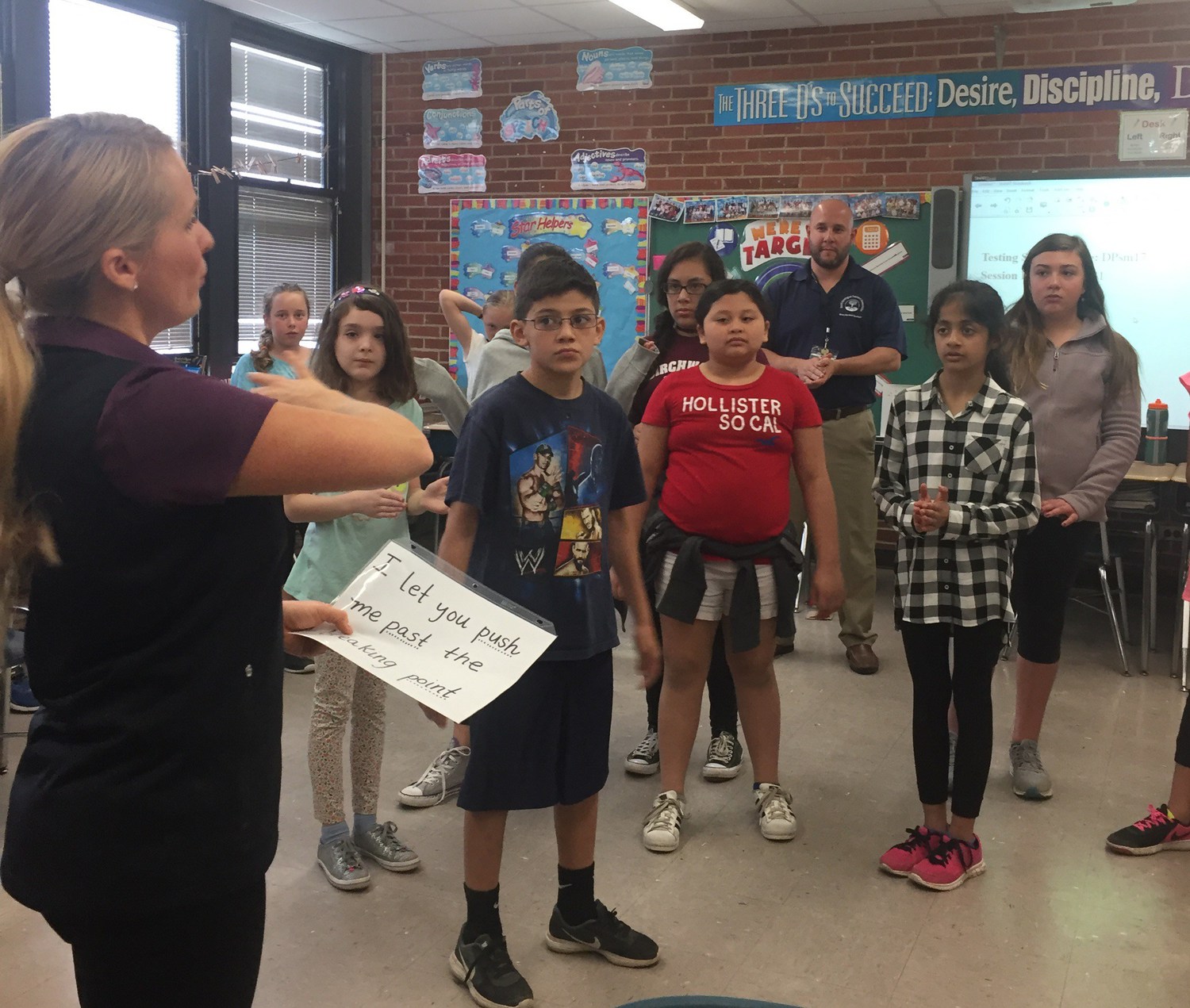 For example, in Session 1, the teaching artist shared the line “I let you push me past the breaking point.” The use of alliteration and hyperbole were discussed. Then, the artist/students considered how a choreographer might communicate the lyrics in dance. She had the students practice pushing and passing movements. The students used different parts of their body (ie, knees, chins, shoulders, toes or stomachs) to push. The students worked in small group to arrange and practice movements. Ms. Mace Clark instructed the children to think like dancers and choreographers. She directed one group to perform while the class followed along.

In Session 4, small student groups created a performance that interpreted the song lyrics through a series of movements. They used the movements they’d practiced/recorded in their workbooks. 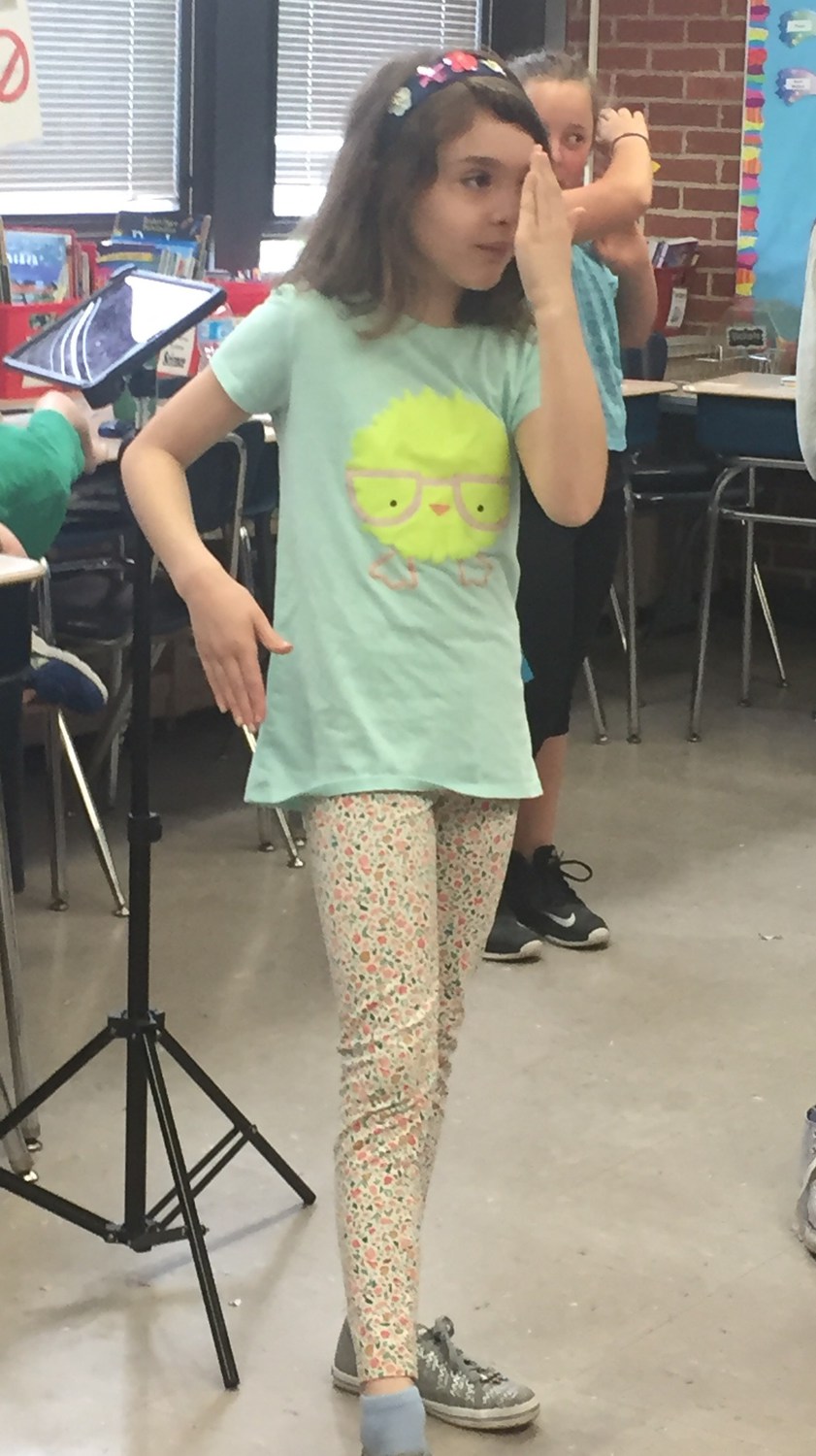 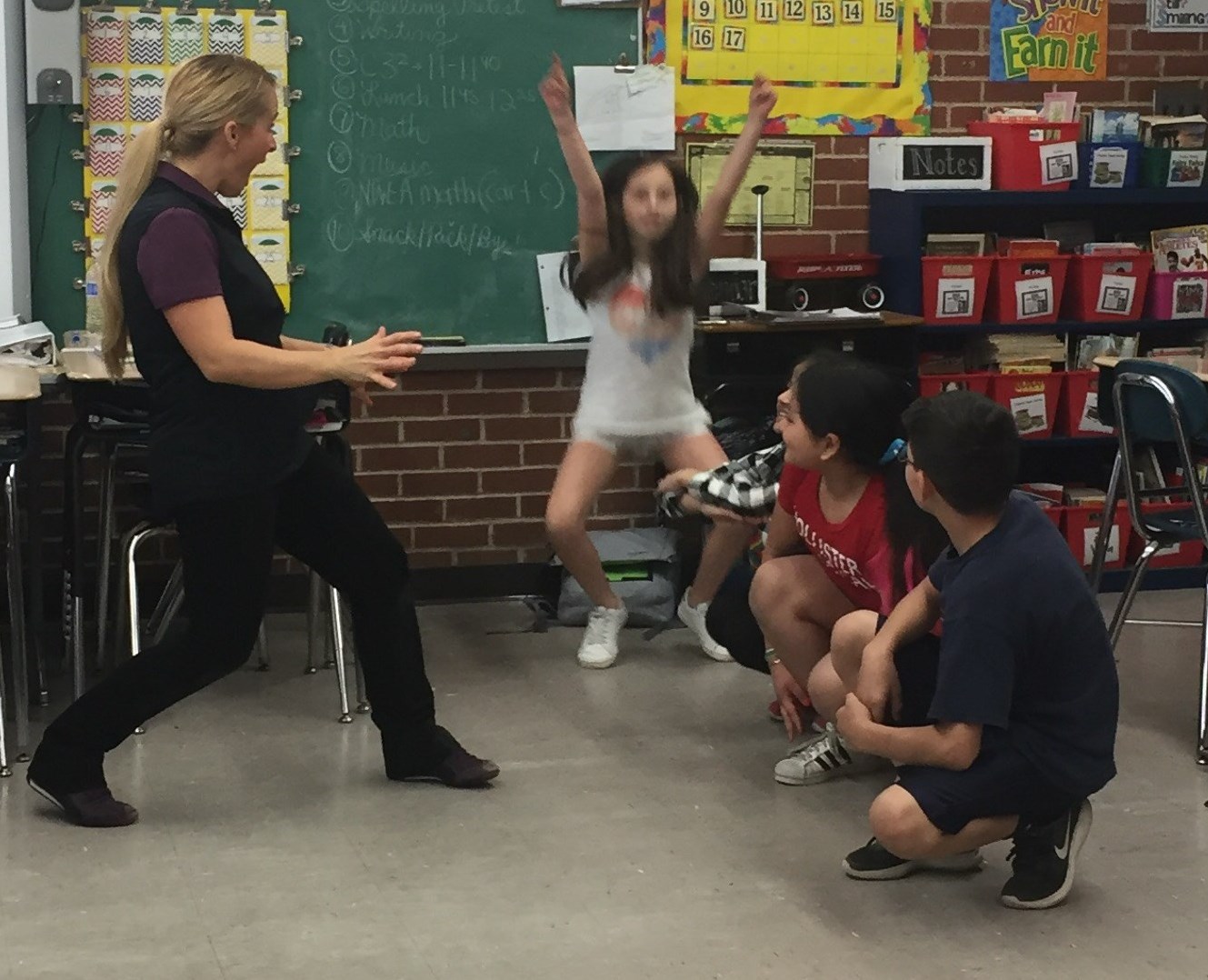 For the project’s culminating activity, the student performed their movements, accompanied by “Roar.” According to one classroom teacher, “This was a great opportunity. All students participated in the lesson and were able to connect movements to words. Within each group, all the students got to contribute ideas and then use them in their performance.”

Ms. Mace Clark echoed the teacher’s enthusiasm. “I was thoroughly impressed by the students’ eagerness and willingness to learn through the modality of dance. Their inquisitiveness towards dance making resulted in innovate student choreography.” 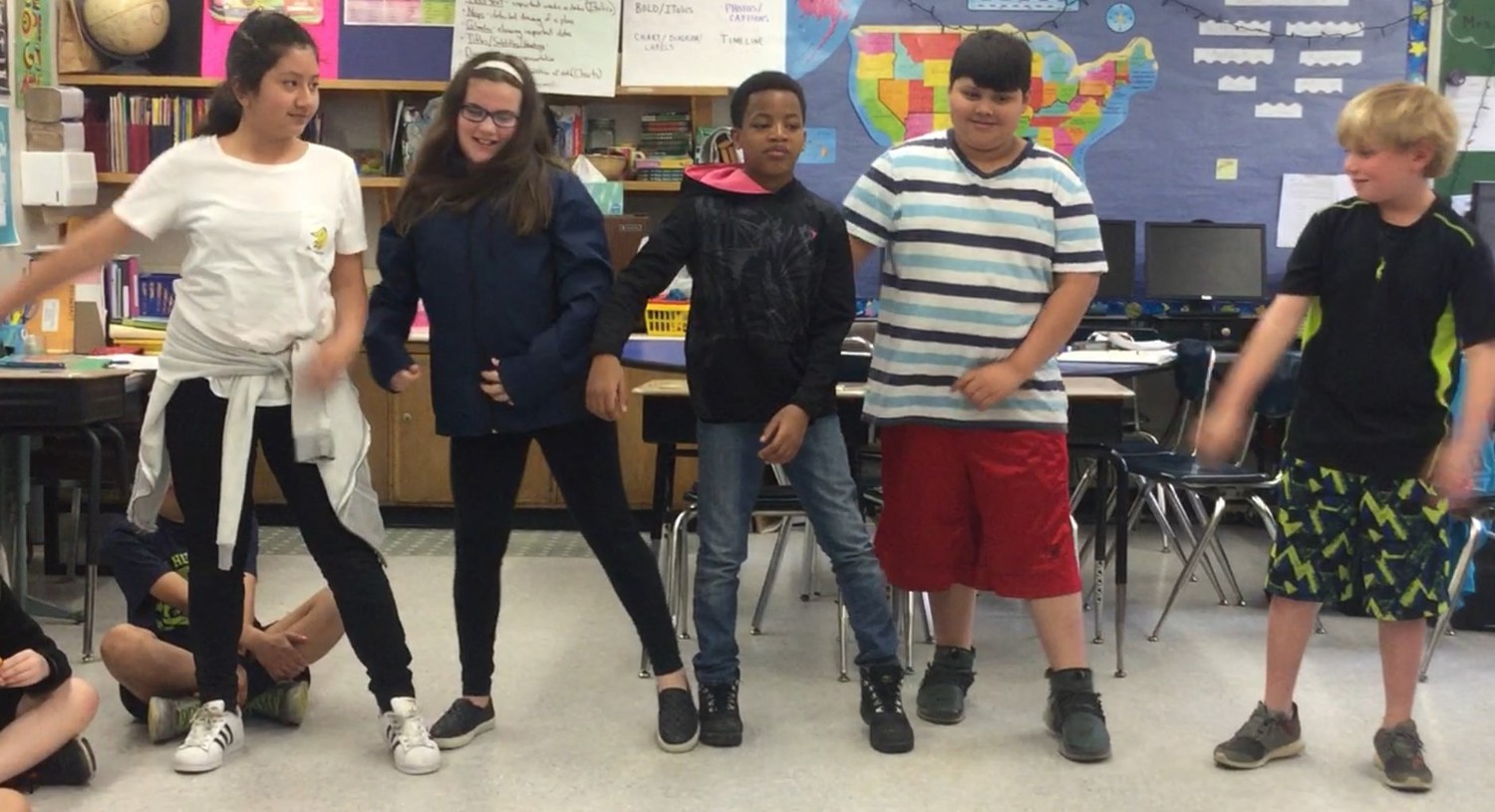 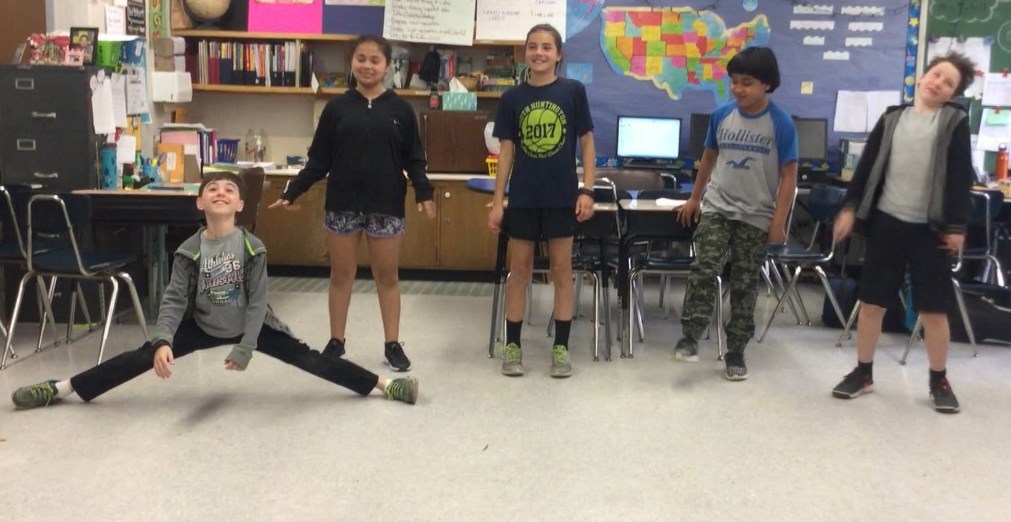 At Fall PD, Teams Share What’s On Their Minds